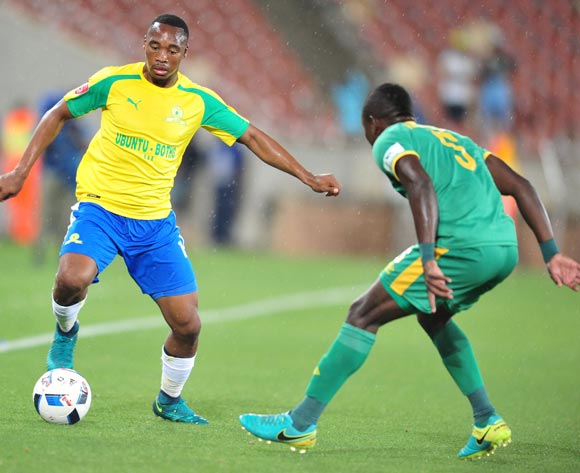 Welcome to the live play-by-play for the ABSA Premiership 2016/17 match between Chippa United and Mamelodi Sundowns at Nelson Mandela Bay Stadium.

46' The second half is underway
62' Thamsanqa Sangweni (Chippa United) is cautioned.

Welcome to the live play-by-play for the ABSA Premiership 2016/17 match between Chippa United and Mamelodi Sundowns at Nelson Mandela Bay Stadium.

Chippa United will chase a second successive Absa Premiership win in 2017 when they host Mamelodi Sundowns on 14 February, kick-off at 19h30.

Chippa returned to winning form in the league with a 2-1 victory at home to Baroka FC on February 7.

The Eastern Cape side has claimed 14 points from eight home matches this season.

The Chilli Boys are placed ninth on the Absa Premiership log with 19 points from 15 matches.

Sundowns claimed a fourth successive league win when they crushed Orlando Pirates 6-0 at home on February 11.

The Tshwane side has claimed 10 points from five away matches this season.

The Brazilians are placed fifth on the Absa Premiership log with 25 points from 11 matches.

In head-to-head stats, Chippa and Sundowns have met in six league matches since 2012/13.

The Brazilians have an unbeaten record in the sequence, with four wins and two draws.

Chippa have recorded two draws and a loss from their three home league clashes against ‘Downs.

The Brazilians completed a league ‘double’ over the Chilli Boys last season, winning 1-0 in the Eastern Cape and 3-0 in the return game in Tshwane.

Chippa have not scored a league goal against Sundowns in almost two calendar years – their last was in a 1-1 home draw in October 2014.