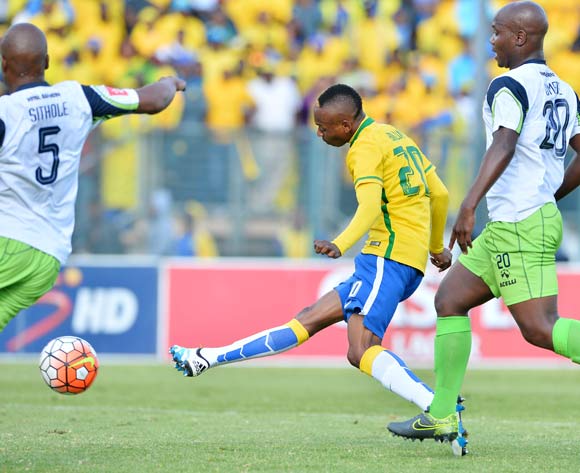 Welcome to the live play-by-play for the ABSA Premiership 2016/17 match between Platinum Stars and Mamelodi Sundowns at Royal Bafokeng Stadium.

46' The second half is underway
49' Sphamandla Mlilo (Platinum Stars ) scores!

Welcome to the live play-by-play for the ABSA Premiership 2016/17 match between Platinum Stars and Mamelodi Sundowns at Royal Bafokeng Stadium.

Stars are unbeaten in their last five league matches, though the last four in succession have been draws, including a 0-0 away to Baroks FC on February 15.

The Rustenburg side has claimed five points from eight home matches this season.

Dikwena are placed 14th on the Absa Premiership log with 16 points from as many matches.

Sundowns saw their winning streak ended at four matches after they were held 1-1 at Chippa United on February 14.

The Tshwane side has claimed 11 points from six away matches this season.

The Brazilians are placed fifth on the Absa Premiership log with 26 points from 12 matches.

The Brazilians have 10 wins compared to six for Dikwena, while 10 matches have been drawn.

Stars have won two of their 13 home league matches against Sundowns, suffering six defeats in the process.

Last season the Brazilians took four points off Dikwena, drawing 0-0 in Rustenburg before winning the return game in Tshwane 1-0.

Sundowns are in unbeaten in their last seven league matches against Stars.