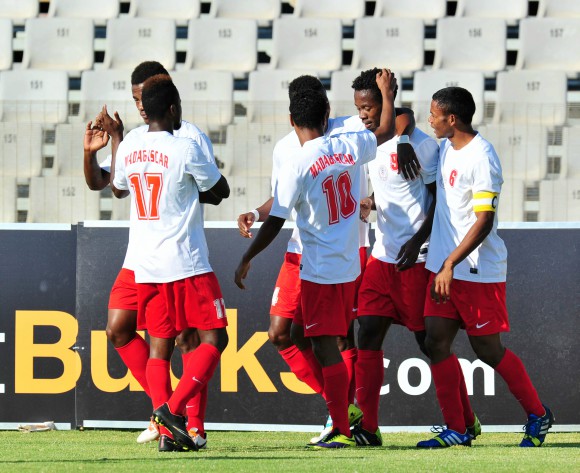 Madagascar hoping fine form will see them down Angola

Madagascar will want to continue with their fine run in the 2018 CAF African Championship Qualifiers campaign when they meet Angola on Sunday.

The Barea of Malagasy have started their campaign en route to Kenya with a good run as they managed to book a victory over the Mambas of Mozambique.

In the opening leg, they drew 2-2 at home but bounced back to claim a hard fought 2-0 victory away in Maputo.

The win has boosted the Islanders as they chase their maiden appearance at the tournament set for local-based players in Kenya next year.

Their 4-2 aggregate win has boosted their morale ahead of this deciding encounter at home against the Palancas Negras.

However, their visitors are also banking on their form to cause an upset in Antananarivo come Sunday.

The Angolans will be hoping to reach the tournament in Kenya next year after beating Mauritius in the previous round.

A 1-0 win away and a 3-2 win in front of their home crowds ensured the Angolans booked a spot in the final round of the qualifiers.

As they enter the final hurdle, a win will boost them and ensure they make their second appearance after finishing a runners-up in CHAN 2011.

Stade Municipal de Mahamasina in Antananarivo is the venue on Sunday with kick-off set for 13:30 (CAT).

The return leg will be staged in Luanda on August 19.