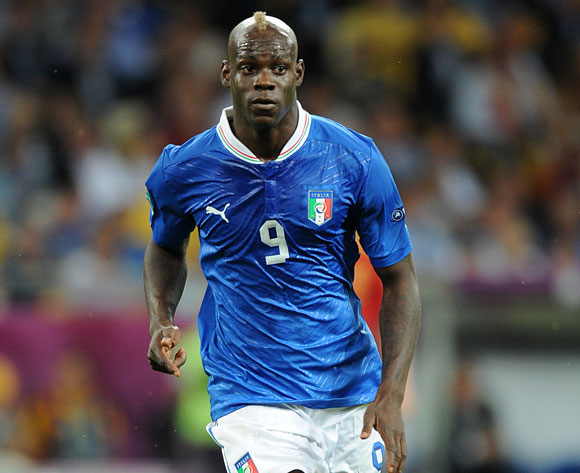 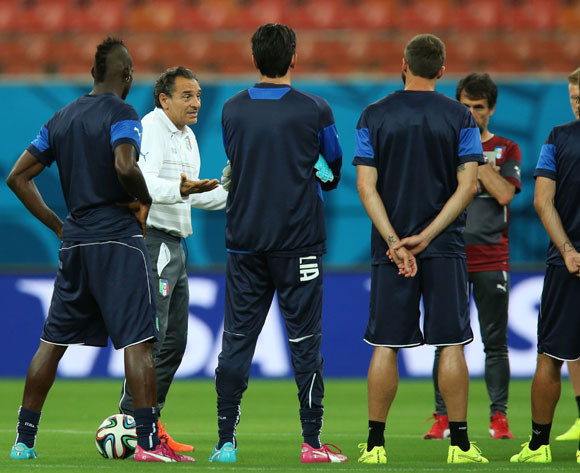 Manager Cesare Prandelli during a training session at the Arena da Amazonia, Manaus

Welcome to the live play-by-play for the 2014 FIFA World Cup Brazil match between England and Italy at Arena Amazonia.

46' The second half is underway
50' Mario Balotelli (Italy) scores!

Welcome to the live play-by-play for the 2014 FIFA World Cup Brazil match between England and Italy at Arena Amazonia.

England had the lion’s share of the possession and shots at goal but will rue their missed opportunities as they failed to capitalize on their chances.

Having seen Costa Rica shock Uruguay to a 3-1 defeat in the group opener earlier in the evening, the pressure was on the two teams to grind out a result.

The stadium fell silent after just three minutes of play when Raheem Sterling whipped in a brilliant angled daisy-cutter that sailed into the top corner, only to hit the side-netting. It initially looked like the ball had gone into the back of the net but to Italy’s relief it was out of play.

Minutes later, Andre Pirlo was left wanting a penalty after the ball connected with Glen Johnson’s arm in the box, however, nothing was given and rightly so.

England were doing well to have a go at their European counterparts as they enjoyed a good spell of possession in the opening quarter of an hour.

Joe Hart counted his blessings in the 20th minute when Antonio Candreva’s pile driver from range rebounded out of the Manchester City man’s hands and into the box, though there was no Italy follow up.

It was nearly 1-0 three minutes later when Danny Welbeck burst into the box and sliced in a cross from the byline. It looked destined to go in, but the slightest of deflections from Andrea Barzagli left Italy counting their blessings.

Italy were starting to threaten at goal and took the lead on 34 minutes when Pirlo dummied to open space for Claudio Marchisio and he drove a low effort from 20-yards to beat Joe Hart.

Daniel Sturridge responded with the equalizing goal immediately when he connected onto Wayne Rooney’s cross to prod home at the back post for 1-1.

The Azzurri finished the half in strong form as Balotelli was denied with a goalline clearance from Phil Jagielka, before Candreva smacked the upright on the follow-up corner.

The Milan man put Italy back in front five minutes into the second 45 when he did well to beat Gary Cahill and nod in Candreva’s cross in at the back post.

Ross Barkley, who came on for Wellbeck, tested the gloves of Salvatore Sirigu in the 64th minute that forced the Paris Saint-Germain ‘keeper to push it away at full stretch.

Italy will move joint top of the group with Costa Rica, while Uruguay and England will head into matchday two looking for their first points.

Italy will be hoping to bounce back from the disappointment of the 2010 World Cup when they open their Group D account against rivals England on Saturday evening.

The match will take place at the Arena Amazonia Manaus, with kick-off at 23h59 (CAT).

Four years ago the Azzurri came into the World Cup in South Africa as the reigning champions, having edged out France in a teeth-clenching final in Berlin back in 2006.

It was the first time in Italy’s history that a triumph came via a penalty shoot-out and their convincing displays against the likes of Germany in the semi-finals tipped them to go far in the Southern hemisphere.

Roberto Donadoni was sacked from his position as the head coach and Marcello Lippi was brought back in hope of mirroring the nation’s success. It was, however, not meant to be, as a group stage elimination at the hands of Paraguay and Slovakia meant their bags had to be packed prematurely.

Since then, Cesare Prandelli has come into the fray and he has managed to form an exciting group of players who are hungry for silverware.

His first ever tournament saw the Azzurri go all the way through to the finals of the Euro 2012, losing out to Spain in a final plagued with fatigue and injury for the four-time winners.

Italy had to overcome England en-route to that final and it was a quarter-final clash that, once again, had to be decided on penalties.

Andrea Pirlo scored the decisive ‘Panenka’-inspired spot-kick to beat Joe Hart in goal and he admits that the Three Lions are a tough team to face as first opponents.

"We know England are a good team, that has improved a lot," Pirlo told FIFA.com. "They have new young players, who are fast. We will have to be careful. However, we know how to face them. Italy has always played great games against England and hence we will have our chances.

"Our aim should be to win and go until the end. We have a very competitive team and we will give our all to win this tournament. I never compete to take part but to finish first."

For Roy Hodgson, revenge will be a meal best eaten cold and he is hoping his mixture of hungry youth and determined experience will see them head through to the knockout stages.

However, doubts over England’s chances off progress have frequently been underlined as they have to follow-up with matches against Uruguay and Costa Rica.

Though, Everton star Ross Barkley feels that the only way to get past the 2006 champions is to attack them full frontal.

"It's very important when you go into a tournament, to set the tone in the first game," he told FIFA.com. "You have got to start with a good result, go into the game prepared and looking to win the game.

“With all the big-name players it's going to be a big test playing against Uruguay but if we get a good result against Italy we can take confidence into the second game. We need to be positive throughout the group stage."