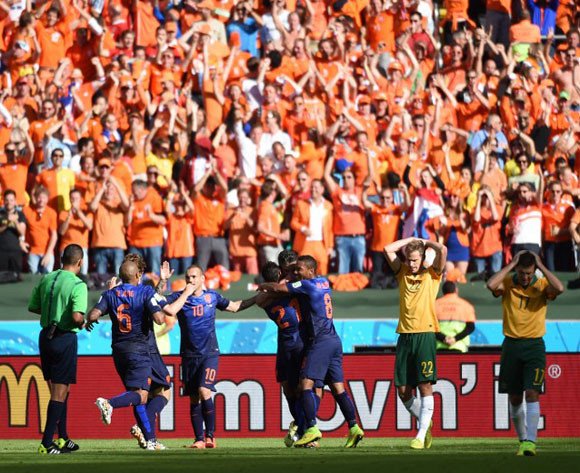 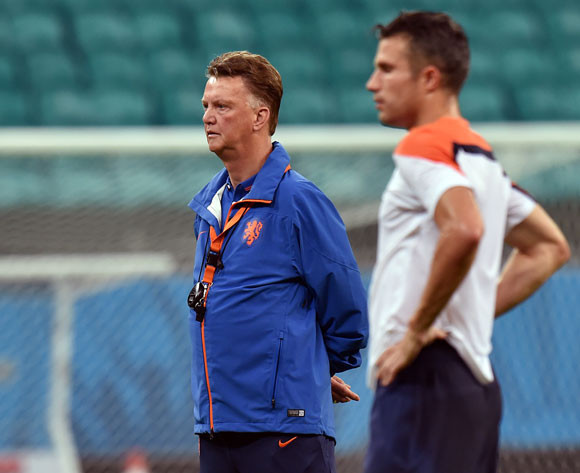 Welcome to the live play-by-play for the 2014 FIFA World Cup Brazil match between Australia and Netherlands at Estadio Beira-Rio.

46' The second half is underway
47' Robin van Persie (Netherlands) is cautioned.

Welcome to the live play-by-play for the 2014 FIFA World Cup Brazil match between Australia and Netherlands at Estadio Beira-Rio.

The Netherlands moved to within touching distance of the last 16 in the 2014 World Cup with a thrilling 3-2 win over Group B rivals Australia in Porto Alegre on Wednesday evening.

Oranje, who entered the game as clear favourites after their 5-1 destruction of Spain last week, had to come from 2-1 down to claim the victory, with substitute Memphis Depay proving the surprising match-winner with his 68th minute goal.

The Dutch looked the stronger of the two teams in the opening exchanges, but had to wait until the 20th minute to open the scoring. Arjen Robben was the man who broke the deadlock, picking up the ball on the halfway line before powering forward and finding the back of the net with a low, left-footed shot.

However, Oranje’s lead last just a minute, as the Socceroos equalised through a superb volley from Tim Cahill. The attacker’s left-footed effort from a diagonal ball into the box beat goalkeeper Jasper Cillessen and went in via the underside of the crossbar to make it 1-1.

The goal seemed to spur Australia on, and they should have taken the lead just past the half hour mark through Mark Bresciano, but the attacking midfielder shot high and wide when presented with a clear sight of goal.

The half ended on a sour note for the Dutch when left-back Bruno Martins-Indi was forced off the pitch on a stretcher after a late challenge from Cahill. The Australian picked up a caution for the incident and will miss his side’s final group match against Spain.

And the same fate will befall Robin van Persie, who picked up his second yellow card of the tournament in a tussle with Australian defender Matthew Spiranovic early in the second half. He will miss Holland’s next match against Chile.

Eight minutes into the second half, the Socceroos were awarded a soft penalty. Substitute Oliver Bozanic’s attempted cross struck the arm of Daryl Janmaat and the referee pointed to the spot. Mile Jedinak converted the penalty in the 54th minute to put the Socceroos into a shock 2-1 lead.

But just as the Netherlands’ lead was short-lived in the first half, so Australia’s proved in the second. Van Persie sprung the offside trap just four minutes later and fired the ball past Maty Ryan to make it 2-2 with his third goal of the tournament.

Midway through the second half Holland substitute Memphis Depay put his side back in the lead with a swerving, long-range shot that Ryan should have done better with. However, Australia’s real regret was blowing a fantastic scoring chance of their own just seconds before Depay made it 3-2 to the Europeans.

Oranje will be guaranteed a place in the next round (and Australia will be eliminated) if Chile are not defeated by Spain in the second Group B match on Wednesday.

Australia up for tough Netherlands test

Australia will aim to avoid a second successive defeat when they take on the Netherlands in their second Group B encounter at the Estadio Beira-Rio in Porto Alegre on Wednesday night.

The Socceroos got their campaign off to a losing start when they went down 3-1 to Chile and are currently placed third on the group table with zero points.

Assistant coach Aurelio Vidmar is aware of the tough challenges they will face against the 2010 runners-up but is hopeful that his side will maintain their unbeaten record against the Dutch.

"They (Netherlands) are going to be a very tough proposition,” said Vidmar. “You can never take any team for granted. We've got an enormous amount of respect for them because they were the last World Cup's finalists.

"They'll be very, very motivated as well to do very well.”

Netherlands on the other hand will be looking to edge closer to securing their spot in the round of 16 following the convincing 5-1 win over defending champions Spain.

However, captain and brace-hero Robin Van Persie says his side should not get too far ahead of themselves and focus on putting on another strong performance against Australia.

"It was an amazing start for our World Cup, and I think we've made a lot of people very happy,” he said. However, those were only the first three points.

“Now the focus is on Australia, and I think that will be completely different to the game against Spain.

"Australia have a very different style and I think we are going to have to adjust our own game to beat them. It’s an interesting process, having to adjust your game every time.

“However, we have a fantastic technical staff who know exactly how to prepare us for matches, so I’m not worried."

The two sides have met on three occasions with Australia winning one match, while the other two games have ended in draws.