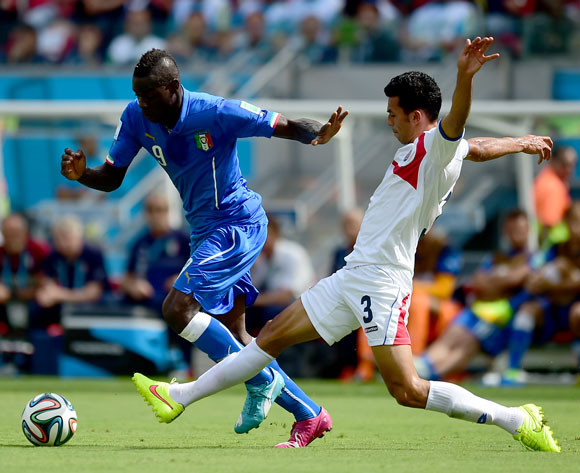 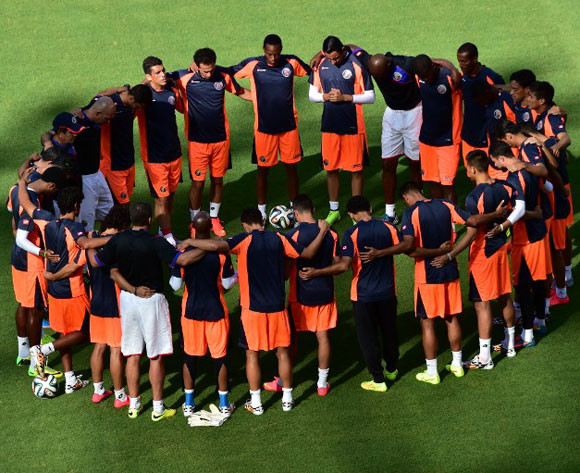 Welcome to the live play-by-play for the 2014 FIFA World Cup Brazil match between Italy and Costa Rica at Arena Pernambuco.

Welcome to the live play-by-play for the 2014 FIFA World Cup Brazil match between Italy and Costa Rica at Arena Pernambuco.

Costa Rica booked their place in the Last 16 of the World Cup for the first time in 20 years by shocking Italy to a 1-0 win in Recife on Friday evening.

The loss means the Azzurri’s fate in the World Cup is hanging by a thread and they will have to either draw or beat Uruguay to ensure they progress into the knockout stages in their final Group D match.

The pressure was on for both teams heading into the encounter, as both teams knew that a win would guarantee them a spot into the Last 16.

Italy had taken maximum points off England with their 2-1 triumph, while Costa Rica stunned Uruguay in the first match.

The first chance of the match fell to Los Ticos on 7 minutes when Christian Bolanos got onto the end of a corner kick to nod it just narrowly over the crossbar as Gianluigi Buffon was left grabbing air.

Costa Rica were doing well to take the game to the Azzurri in the opening 20 minutes off the game, with their quick touch passing getting the better of their opposition.

Italy’s first promising moment of the game came when Andrea Pirlo launched a long over the top to Mario Balotelli six minutes later. The Milan striker turned his marked and threaded it to Thiago Motta, who disappointingly drilled it wide of goal while on the edge of the D.

Balotelli found himself in the thick of things minutes later when he burst into the box to chase down another long ball by Pirlo. He tried lobbing it over the goalkeeper but it bounced out wide of the far post.

Buffon was then called into action on 35 minutes, and he kept the scoreline level by parrying out a great effort by Bolanos that looked like it was going in.

Italy escaped out of jail just three minutes before the break when Giorgio Chiellini body checked Joel Campbell inside the box, but no penalty was given.

Cesare Prandelli opted to bring on Antonio Cassano in place of Thiago Motta at the restart, and they immediately threatened with a right-footed drive by Matteo Darmian that was pushed inches over the bar.

Italy created a wave after wave of attacks but couldn’t find the desired touch needed to draw level, falling to a defeat.

Costa Rica will be aiming to cause a second successive World Cup upset when they take on Group D rivals Italy at the Arena Pernambuco on Friday evening, kick-off at 18h00 (CAT).

Los Ticos caused up a stir when they created the biggest shock in the first round of group matches by defeating Uruguay 3-1 in their opening match.

Their performance echoed that of Costa Rica’s shock qualification into the knockout stages 24 years ago when they progressed into the Last 16 from a group that comprised of Brazil.

Playing a crucial role in that surprising success was Alexandre ‘Giuma’ Borges, whose pass set up teammate Hernan Medford for the goal two minutes from time that gave them a 2-1 victory over Sweden and secured their place in the last 16.

Now, Alexandre’s son, Celso Borges is dreaming of helping his nation secure the same fate when they come up against the 2006 World Cup winners buoyed by their impressive stunner against Uruguay.

"I was two years old, it's hard for me to remember but I've seen the videos and over time I've realised how important that pass, that goal, was and I'm hugely proud that my father played his part in such a sporting moment," said the 26-year-old, who plies his club trade in Sweden for AIK Solna.

It is certainly looking promising for Borges, whose classy display in the play-making role in Saturday’s victory put them in touching distance of progression.

Equally, Italy are also just 90 minutes away from potential qualification out of the group stages and they are fully aware what a victory over Los Ticos would mean.

Despite having to endure a rocky build-up to the match in Manaus against England, the Azzurri prospered well.

Gianluigi Buffon and Mattia De Sciglio were both missing from injury, but commanding displays from Salvatore Sirigu, Antonio Candreva and Matteo Darmian superseded their absence.

Costa Rica’s victory over Uruguay may have handed them a favour, in that they may not need to beat Oscar Tabarez’s side on the final matchday, but that would mean having to make sure they don’t slip up against Costa Rica.

“It was better for us that Costa Rica beat Uruguay otherwise we would have risked underestimating them. Now we won't," said Italy midfielder Daniele De Rossi.

"We have to have the right fear. There are no longer weak teams in the tournament, as many players play in Europe and are competitive. Costa Rica showed they are a good side and that they have interesting players. But to win on Friday would guarantee us qualification to the next round."