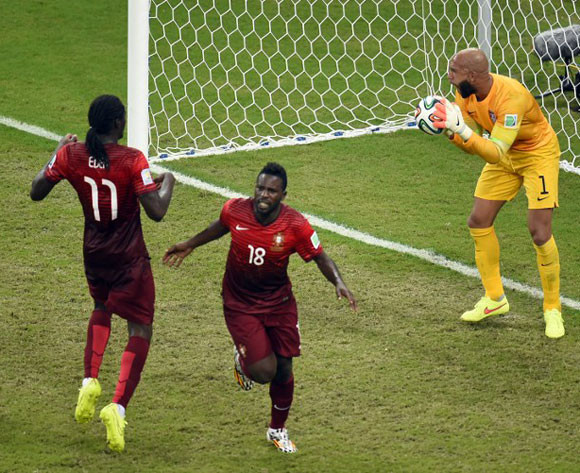 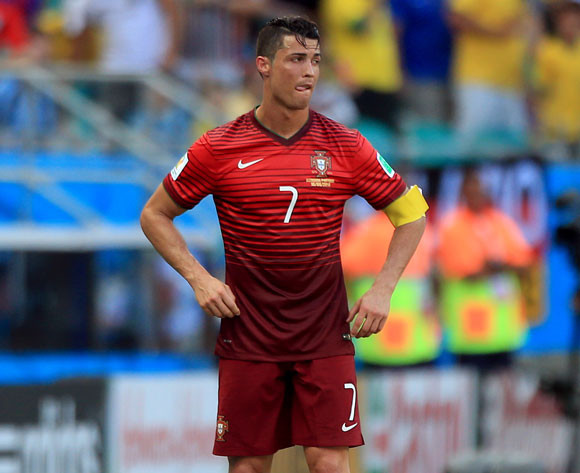 Welcome to the live play-by-play for the 2014 FIFA World Cup Brazil match between USA and Portugal at Arena Amazonia.

Welcome to the live play-by-play for the 2014 FIFA World Cup Brazil match between USA and Portugal at Arena Amazonia.

Silvestre Varela scored with virtually the final kick of the game to keep Portugal and African representatives Ghana's 2014 World Cup hopes alive in a thrilling 2-2 draw with the United States of America at the Arena Amazonia in Manaus on Sunday.

The USA looked certain to book their place in the last 16 alongside Germany following Clint Dempsey's goal nine minutes from time, but Varela's strike keeps Group G wide open heading into the final round of fixtures.

Portugal opened the scoring as early as the fifth minute, through Nani who bagged his 15th goal for A Selecção

Geoff Cameron's failed clearance from a Miguel Velosa effort fell favourably for the Manchester United winger who fooled Tim Howard, before blasting the ball into the roof of the net.

The United States were arguably the better side for the remainder of the half with Dempsey the main protagonist for the Stars and Stripes.

Dempsey ran the Portuguese centre backs ragged for the better part of the half, with the former Tottenham Hotspur forward and Michael Bradley troubling Sevilla shot stopper Beto.

Portugal though had their moments, especially on the counter with Nani and Cristiano Ronaldo a constant threat.

Howard produced an outstanding reflex stop on the cusp of half-time to deny Eder.

The Everton glovesman made a slight hash of Nani's initial effort as he could only manage to tip onto the post, but produced an excellent save to deny the Braga striker's follow-up shot.

Bradley should have tied things up 10 minutes into the second stanza.

With Beto stranded, the former Roma midfielder had the simple task of tapping the ball into the net, but his effort was superbly cleared off the line by Ricardo Costa.

Jermain Jones leveled matters with an unstoppable striker in the 64th minute.

Portugal failed to properly clear their lines from a corner-kick, the German midfielder picked up the ball, danced past Nani before firing past Beto who was rooted to is spot.

With seconds left, the game seemingly out of reach and their World Cup dreams almost over Ronaldo whipped in a wicked cross which Varela got on the end of  to spare Portuguese blushes.
Preview

Can USA answer the Ronaldo question?

The USA hope to correctly answer the Cristiano Ronaldo question on Sunday and advance to the last 16 when they face beleaguered Portugal in the two sides' penultimate Group G tie in  Manaus.

USA are joint top of Group G on three points with Germany after beating Ghana 2-1 on June 16.

Bottom placed Portugal are facing serious questions about their talisman captains’ fitness who was toothless against a German side that barely broke sweat in a  4-0 demolition of the Iberians on June 16.

But striker Helder Postiga has insisted that question’s about Ronaldo's fitness deserved a hands-down answer.

"I don't think that's a question to be raised at the moment because he's training with us, he's practising with us and he's doing all the exercises," Postiga said.

"I'm not a doctor but I don't think that's in question."

Ronaldo's highly-publicized strapped left knee is not the only problem on Portugal's mind ahead of Sundays must-win clash.

Defender Pepe is suspended after he was red carded against Germany while first choice goalkeeper Rui Patricio has a torn thigh muscle injury and  will be replaced by Beto.

Striker Hugo Almeida too is out with a thigh injury while full-back Fábio Coentrão is out of the tournament with a long term a thigh injury.

Meanwhile, Portugal will also face some semblance of German efficiency for a second straight match.

The  USA are coached by Jurgen Klinsmann who laid-out the blue print of Portugal's’ June 16 tormentors ten years ago.

USA striker Chris Wondolowski said the prospect of a Deja vu feeling hitting Portugal was highly possible thanks to a little German magic from Klinsmann.

“Coach Klinsmann has done a great job and all we’re concentrating on right now is Portugal and trying to come up with a game plan; our job is to execute that game plan," Wondolowski said.

"So whatever 11 guys are out there, we’re going to stick together and just try to execute that game plan as best as possible. That’s kind of where the whole conversation has been lined up.”

A win for the USA will send them through while Portugal will head back to Lisbon with more questions than answers.
Report