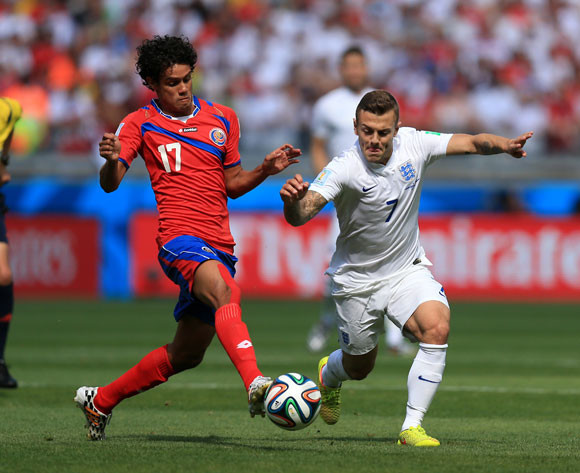 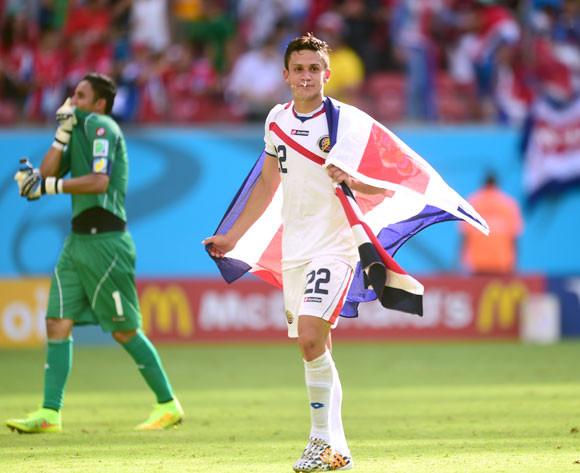 Welcome to the live play-by-play for the 2014 FIFA World Cup Brazil match between Costa Rica and England at Estadio Mineirao.

Welcome to the live play-by-play for the 2014 FIFA World Cup Brazil match between Costa Rica and England at Estadio Mineirao.

Costa Rica finished at the top of Group D when their 2014 FIFA World Cup encounter against England ended in a 0-0 draw at the Estadio Mineirao in Belo Horizonte on Tuesday.

Jorge Luis Pinto’s side went into this game having already booked their place in the knockout stages, while England had already been knocked out, and neither side were able to find the back of the net.

Costa Rica settled first in the game and created the earliest chance in the 2nd minute as Joel Campbell created some space on the left before firing a shot which was deflected just wide off Gary Cahill.

The Three Lions had their first opportunity in the 12th minute with Daniel Sturridge receiving a pass from Jack Wilshere on the edge of the penalty area before sending his snapshot just wide of the right post.

Los Ticos then came close again from a freekick in the 24th minute when Celso Borges tried to curl the ball to the top left corner, only to be denied by a fingertip save from Ben Foster, as well as the crossbar.

Roy Hodgson’s side also had a chance from a setpiece at the other end in the 35th minute as Sturridge headed over the crossbar from the edge of the six-yard box after Ross Barkley’s corner was headed across by Phil Jones.

The second half started slowly with both sides giving away fouls but the first chance fell for Costa Rica in the 62nd minute when Jones gave the ball away to Bryan Ruiz, who then found Christian Bolanos outside the box, but his shot was saved by Foster.

England then came inches close at the other end three minutes later when Sturridge was played through on the right side of the box, only to curl his left-footed shot just wide of the far post.

England had one last opportunity in the 80th minute when substitute Wayne Rooney attempted to lob the ball over Keylor Navas, but the Uruguay goalkeeper was able to tip his effort over the crossbar as the match ended in a 0-0 draw.

Costa Rica finish at the top of the group with seven points, while England will exit from the bottom of the table with a single point.

Surprise package, Costa Rica, will be aiming to do the unexpected and top Group D with a win over already eliminated England on Tuesday evening at the Estadio Mineirao, kick-off at 18h00 (CAT).

Los Ticos have caused up the biggest stir on the World Cup stage this year with their shock victories over both Uruguay and Italy in their opening two matches.

Jorge Luis Pinto’s side was the only nation in the group to have not won a previous World Cup game, making them the least favourite to progress into the next round.

However, an inspired display buoyed by passion, pace and hunger saw them become the only team in the four-team pool to have taken maximum points in their first two outings so far.

Joel Campbell and Bryan Ruiz have been particularly exciting for Costa Rica, but assistant boss Paulo Wanchope says his boys need to keep their emotions in check when they take on England.

"The first thing is to manage our emotions. We've already qualified but it is important to look forward, it's important to keep growing as a team," said the 37-year-old former Derby County forward.

Meanwhile, England have little but pride left to play for in their final match, having failed to gather a single point in their two matches.

The Three Lions were ousted by Italy and Uruguay to hand England their first World Cup group stage elimination for the first time since 1958.

As a result, Roy Hodgson’s future has been placed under scrutiny and with the backing of his own players; the former Inter manager believes that he is the right man for the job.

"I think the players reacted to the work we have done," he said.  "I think the fact we have brought in so many young players at the last minute, we didn't even have some of these players in November so has been quite a late emergence.

"As a result of the backing of the FA and the people around me, I feel I am the right man to continue."