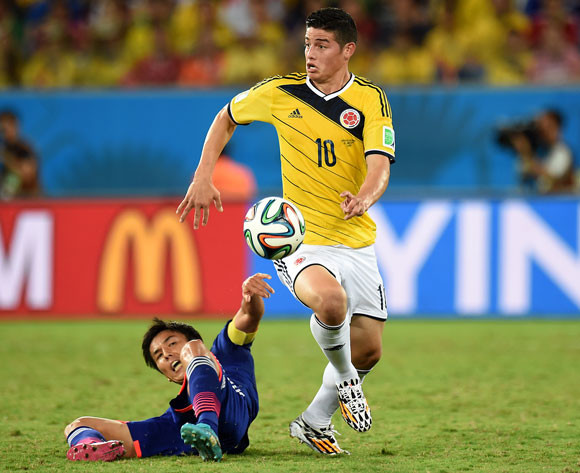 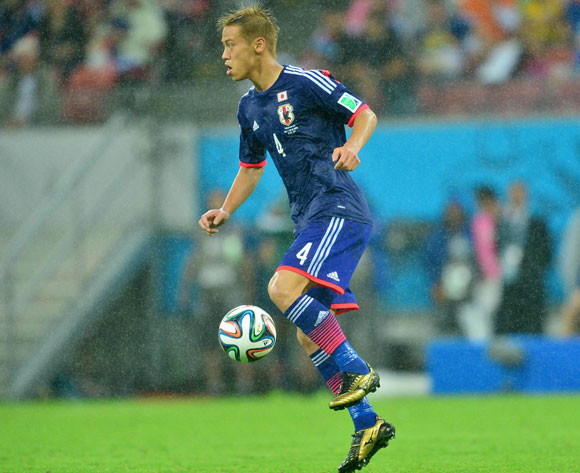 Welcome to the live play-by-play for the 2014 FIFA World Cup Brazil match between Japan and Colombia at Arena Pantanal.

Welcome to the live play-by-play for the 2014 FIFA World Cup Brazil match between Japan and Colombia at Arena Pantanal.

Colombia have sealed maximum points in Group C and booked a Last 16 clash with Uruguay after they crushed Japan 4-1 on Tuesday night.

The Colombians were very impressive in securing wins over Greece and Cote d'Ivoire earlier in the tournament and were already assured of qualification with a draw against Japan good enough to secure their passage as group winners.

But Japan came into the game knowing that they needed to win and hope the result between Cote d'Ivoire and Greece went their way in order for them to progress.

Colombia continued their fine form and winning streak and went ahead just after the quarter-hour mark as Juan Cuadrado drive in a penalty after Yasuyuki Konno had fouled Adrian Ramos.

Japan responded well as Shinji Kagawa got into space on the edge of the area before firing in a shot that was tipped behind by ‘keeper David Ospina.

For Japan, Keisuke Honda then went close after his free kick narrowly flew wide of the right-hand post in the 33rd minute.

Then Japan equalised as Okazaki headed home Honda's right-wing cross with the final touch of the half.

But ten minutes into the second half and the in-form Colombians went ahead after Martinez fired a low shot beyond Eiji Kawashima.

Martinez doubled his tally in the 82nd minute with a composed effort before Kagawa put an effort wide of goal from close range.

There was a piece of history made five minutes before the end when 43-year-old goalkeeper Faryd Mondragon was brought on in place of Ospina to become the oldest player in World Cup history. Mondragon will be retiring after the tournament.

James Rodriguez then showed all of his ability in the 90th minute to round off the game after he beat Maya Yoshida and finished past Kawashima.

Japan's destiny at the 2014 FIFA World Cup in Brazil will be decided on Tuesday afternoon at Cuiaba when they face Colombia in their final Group C match.

Samurai Blue's survival is not as easy as turning up, beating Colombia and popping the champagne at fulltime to remain in Brazil.

Japan are third in Group C on one point, two behind second placed Cote d'Ivoire and five adrift of Colombia who have already advanced to the last 16 after an impressive one hundred per cent run with a game in hand.

Furthermore, Japan are tied on one point with bottom placed Greece who also have an outside chance of advancing with a win over Cote d'Ivoire in their simultaneous kick off at Fortaleza.

However, Japan's influential midfielder Keisuke Honda believes Samurai Blue can get out of jail and advanced to the last 16 for a second successive tournament.

"Although it is now out of our hands, I believe in miracles and we still have a chance to make the knockout stage," Honda said.

"The possibility that this will come true is not zero."

Meanwhile, this will be Colombia and Japan’s first meeting at the World Cup.

But the South Americans enjoy an edge over  the Asian champions from two previous meetings with a scoreless draw in the 2007 Kirin Cup and a 1-0 win in the 2003 FIFA Confederations Cup.
Report