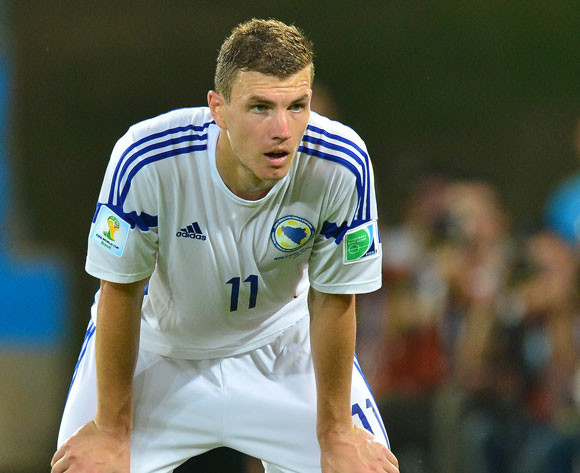 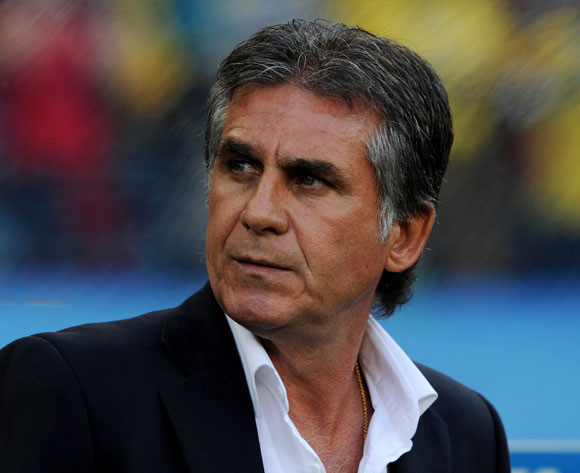 Welcome to the live play-by-play for the 2014 FIFA World Cup Brazil match between Bosnia-herzegovina and Iran at Arena Fonte Nova.

46' The second half is underway
59' Miralem Pjanic (Bosnia-herzegovina) scores!

Welcome to the live play-by-play for the 2014 FIFA World Cup Brazil match between Bosnia-herzegovina and Iran at Arena Fonte Nova.

B&H do Nigeria a big favour

Bosnia and Herzegovina did Nigeria a massive favour by defeating Iran 3-1 in their final 2014 World Cup Group F clash in Salvador on Wednesday.

The result sees the Super Eagles join Argentina in progressing into the last 16 despite a defeat to the South American heavyweights in a simultaneous match in Porto Alegre.

Bosnia, who had lost narrowly to both Argentina and Nigeria in their first two group matches, were determined to end their tournament on a high and goals from Edin Dezko, Miralem Pjanic and Avdija Vrsaljevic ensured they did just that.

Dzeko opened the scoring midway through the first half with a crisp left-footed finish that had the beating of Iran goalkeeper Alireza Haghighi.

And Dzeko turned provider for the European side’s second goal just before the hour mark, playing a perfectly-weighted ball for Pjanic to sweep home with his right foot and make it 2-0.

Iran gave themselves hope of an unlikely comeback when Reza Ghoochannejhad turned home the ball from close range in the 82nd minute after some poor defending by Bosnia, but it was no more than a false dawn as Vrsaljevic restored the two-goal cushion on a counter attack just a minute later.

Bosnia and Herzegovina end third in Group F on three points, while Iran finished bottom with one point.

Iran will have to play a different type of game when they take on Bosnia-Herzegovina in their final World Cup Group F clash in Salvador on Wednesday.

The Iranians have proven very difficult to break down up until now, drawing 0-0 to Nigeria and only losing 1-0 to a Lionel Messi stunner in injury-time against Argentina.

Coach Carlos Queiroz has them playing compact, structured football, a tactic that has worked to date.

But needing a win to have any hope of what would be a shock second round place at the World Cup, they are going to have to be a little more expansive against the already ousted Bosnians.

That could leave them more exposed at the back, but also this opportunity to make history is far too good to pass up.

"We don't have players like Messi, [Sergio] Aguero and [Angel] Di Maria, so we need to focus on making ourselves as well-organised as possible,” midfielder Ashkan Dejagah told FIFA.

“The shape of the team, making sure we're tough to get through defensively, is something that has been very important for the coach in the build-up to this tournament.

"He's spent a lot of time on the training field making sure that we have that we're compact and ready to take on the best teams in the world. Neither Nigeria nor Argentina had many chances against us and, realistically, that's the only way we can go about things. If we played a really open game against players like Messi, they would have killed us."

All well and good, but they need to find a goal from somewhere and Dejagah admits it is a worry.

"The fact we've not scored yet is something we need to put right," he said. "I think we were really unlucky against Argentina though. We had a lot of chances and it was one of those games where everyone in the team did their job and played well.

“It's hard when you lose a game like that, although you have to stand back and give credit to Messi. It's times like those, when games are really tight, that the great players show how important they are. But we can still take positives and be proud of our performance.

"Hopefully this third match will bring another step up. We'll definitely be going for goals and we still have a chance to go through, I'm sure of that. What we need to do is take the good things we've done so far, improve a little bit in other areas and give everything to beat Bosnia. If we do that – and I think it's a game we can win – we can still qualify."

The Bosnians, without a point after losses to Argentina and Nigeria, have been on the wrong end of some tough refereeing calls so far and must feel like their luck has to change.

They have a side packed with experienced players from across Europe and certainly have the firepower to hurt the Iranians.