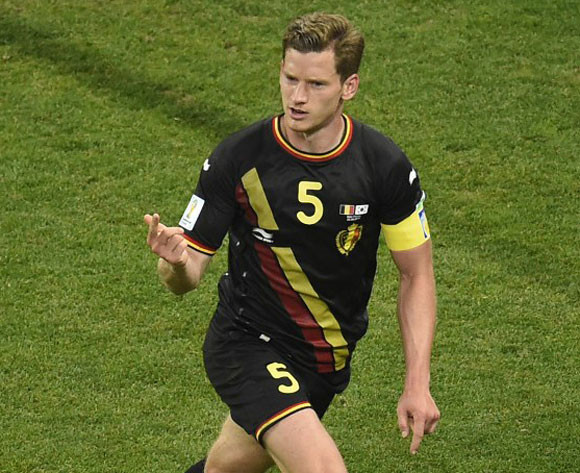 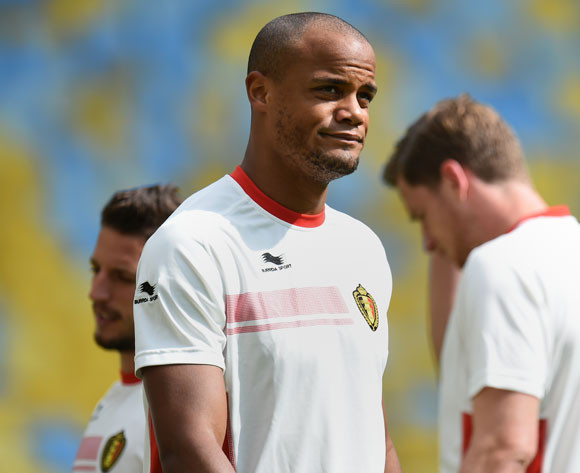 Welcome to the live play-by-play for the 2014 FIFA World Cup Brazil match between Korea Rep. and Belgium at Arena de Sao Paulo.

45' Steven Defour (Belgium) is sent off.

46' The second half is underway
50' Moussa Dembele (Belgium) is cautioned.

Welcome to the live play-by-play for the 2014 FIFA World Cup Brazil match between Korea Rep. and Belgium at Arena de Sao Paulo.

Belgium confirmed top spot in Group H at the 2014 World Cup with a 1-0 win over Korea Republic at the Arena de Sao Paulo on Thursday evening.

The result sees the ‘Red Devils’ end the first round with a 100 percent record, and they will be especially pleased with this victory as they played half of the game with just 10 men following the dismissal of Steven Defour.

The match featured little goal-mouth action, though Belgium created the best chance 25 minutes in when a Kevin Mirallas shot deflected off a defender and fell kindly for Dries Mertens, who blasted over from close range for perhaps the worst miss of the tournament so far.

The only real talking point of the first half arrived in the final minute of regulation time before the interval, with Belgium’s Steven Defour receiving a deserved red card for a late, studs-up challenge on Kim Shinwook.

With a numerical advantage, Korea predictably dominated possession in the second half but they lacked the attacking nous to break down the European side’s disciplined defence, though goalkeeper Thibaut Courtois did watch one swirling cross bounce away off his bar.

As the Asian side began throwing more and more players forward, it gave Belgium a chance to threaten on the counter.

In the 77th minute Marc Wilmots’ side broke the deadlock against the run of play, with substitute Divock Origi’s low shot only half-saved by the ‘keeper, allowing Jan Vertonghen to turn the ball into the back of the net.

Belgium will face the United States in Salvador on July 1 in the round of 16. They were joined in the next phase by Algeria, who advanced thanks to a 1-1 draw with Russia in Curitiba.

South Korea know only a big victory over already qualified Belgium will see them into the second round of the World Cup when the teams meet in Sao Paulo in their final Group H game on Thursday.

The match will take place at 22h00 Central African time.

Even then the Asian side must hope that Russia either beat Algeria by a minimal margin or that the game ends in a draw if they are to take second place on goal-difference.

Their hope will be that the Belgians relax with their job mostly done, but that is unlikely for two reasons.

Firstly, Belgium, despite their two wins, have created little momentum in the tournament and will be eager to prove their form and potency.

Secondly, they will want to avoid giving up top-spot to Algeria would the latter defeat Russia and therefore set up a likely second round meeting with powerhouses Germany.

Belgium coach Marc Wilmots has already admitted his side have underperformed, but he makes the point that they are not in Brazil to ‘win pretty’, but rather that it is just about winning.

He does, rather bravely, suggest he would not find facing the Germans in the next stage daunting, and that top-spot is all he is after.

"I just want that first place. Whether we play Germany now or later, what's the difference? For all we know, Germany might still finish second in its group," Wilmots told reporters.

Wilmots has also confirmed he will not start stars Axel Witsel and Toby Alderweireld as they sit on a yellow card and would therefore face suspension in the next stage.

South Korea coach Hong Myung-bo, who captained the side when they made the semifinals in 2002, says it is all or nothing for his side.

"We will now do our best to the very end of the competition. That's the only option we have left," Hong said.

Just what scars they will carry from their 4-2 loss to Algeria last time out remains to be seen, but this looks to be another difficult evening for a team that has seen form desert them over the last 12 months.