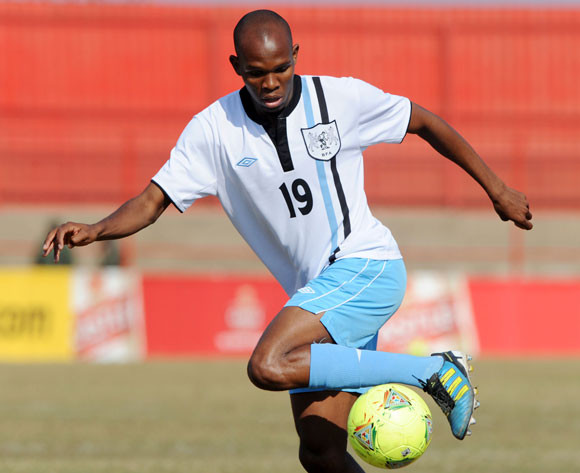 A brace by Lemponye Tshireletso gave The Zebras a crucial first leg victory at home to take into the return leg in Bissau to be played during the weekend of August 2.

The Mochudi Centre Chiefs midfielder put Botswana in the lead in the 27th minute with a close range shot and added the Zebras’ final goal six minutes before halftime when he fired in the ball from outside the box.

However, Botswana's real hero on the day was Platinum Stars goalkeeper Kabelo Dambe who made several daring saves to deny Guinea Bissau a vital away goal.

Winner over both legs will face Tunisia in a Group G opening game away in Tunis during the weekend of September 6.

Senegal and seven-time champions Egypt are the other teams in a tough Group G.
Preview

Botswana host Guinea on Saturday in a 2015 Africa Cup second round, first leg qualifier at the National Stadium in Gaborone.

The meeting will be the two nations first ever competitive meeting.

Botswana coach Peter Butler, who is embarking on his first African experience since taking charge in February after over a decade working in Asia, has admitted that he knows very little about Guinea Bissau who have never qualified for any senior Africa football competition.

The Englishman is hoping to guide Botswana to Group G where Tunisia, Senegal and record seven time champions Egypt await on the road to Morocco as the Zebras search for their second Africa Cup appearance.

However, Botswana will likely be without  captain and midfielder Joel Mogorosi and defender Mogogi Gabonamong after their South African club Bloemfontein Celtic refused to release the duo for international duty.

"The players will be missed in the field but I am still hopeful that they will be released," Butler said.

The good news for Butler is that Platinum Stars have released goalkeeper Kabelo Dambe and midfielder Mogakolodi Ngele.

However, he is sweating on the fitness of star striker Jerome Ramatlhakwana who missed last weekends 2-0 friendly win over Lesotho due to injury.

Meanwhile, Guinea Bissau face Botswana on a high after a 3-1 aggregate win over favourites Central African Republic in the first round.

But the West Africans have been poor travellers despite drawing 0-0 away to the Central African Republic in  the previous round after suffering four successive defeats prior to that in Africa Cup and World Cup qualifying ties.
Report