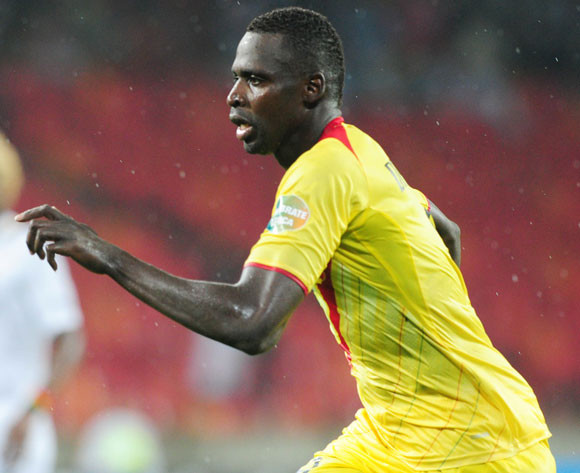 Mali held on to record a 2-0 win over Malawi in a Group B 2015 African Cup of Nations  Qualifying game despite playing most of the second half with 10-men at the Stade du 26 Mars in Bamako on  Sunday.

The match was originally scheduled for 6 September 2014, but due to heavy rains in the capital, the referee decided to postpone the game as following his pitch inspection he deemed the surface to be unplayable.

Mamadou Samassa was shown a straight red  card 18 minutes into the second stanza.

The Eagles broke the deadlock in the 52nd minute. Sako received the ball inside the area before weaving his way post a couple of defenders and directing a powerful right footed shot into the corner of the net.

The hosts though suffered a major blow 11 minutes later as Samassa was sent for an early shower after he handled the ball outside the area.

Despite their disadvantage, it was the home side who looked the more likely to score next with The Flames struggling to find a way past the the hosts defensive line.

Bordeaux striker Cheick Diabaté wrapped up the win in  the third minute of stoppage time, out jumping Malawi shot stopper McDonald Harawa before heading in a cross from Sako.

Mali who ended the 2012 and 2013 African Cup of  Nations tournaments in third place next face group favourites Algeria while The Flames host Ethiopia on Wednesday.

Mali and Malawi have to wait until Sunday to get their 2015 Africa Cup of Nations Group B qualifiers underway following the postponement of their encounter due to heavy rain.

The two sides were scheduled to meet at the Stade du 26 Mars in Bamako on Saturday night but the clash has now been moved to Sunday, September 7 at 16h00 GMT.

Both teams will be looking to catch up with current leaders Algeria, who defeated Ethiopia 2-1 in Addis Ababa on Saturday.