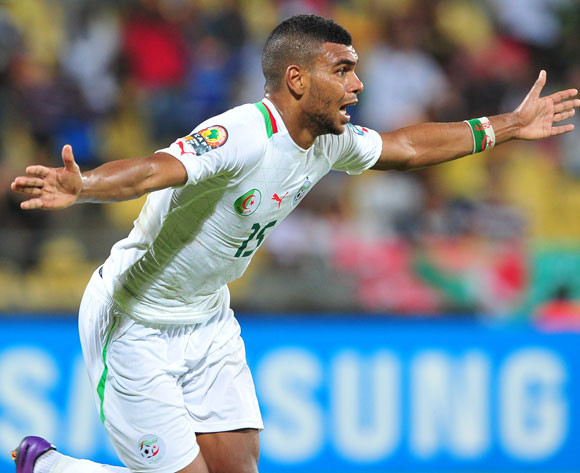 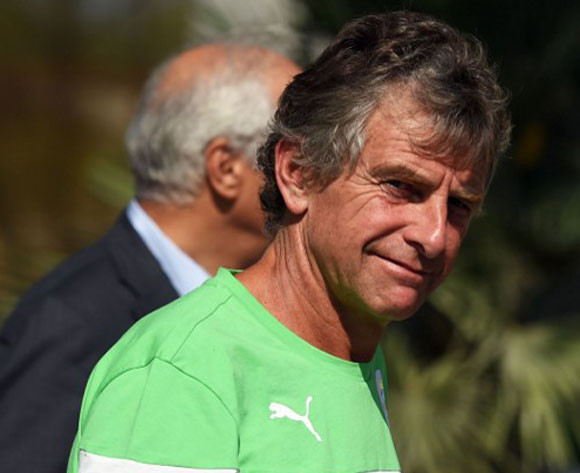 Ethiopia lose to Algeria at home

Despite starting the game at a lively pace, home team Ethiopia did not do enough to warrant a win and went down 2-1 to Algeria in their Africa Nations Cup Group E Qualifier.

Algeria’s goals came from El Arabi Soudani and Yacine Brahimi while Said’s penalty secured a consolation goal for the home side.

The result in Addis Ababa sets Algeria up nicely for their home game against Mali on Wednesday and in the day’s other Group E game, Malawi are at home to Ethiopia.

It was all going Ethiopia’s way in the early stages of the game and Salah Eddine Said went close to give the locals the lead in the 23rd and 27th minutes.

But Algeria soaked up the pressure and bounced back well despite the difficult conditions and very poor pitch. Against the run of play, Algeria opened the scoring through Soudani whose cross was deflected by an Ethiopian defender into his own net after 35 minutes.

After that, Algeria's keeper Rais M'Bolhi made a few crucial saves to keep his team ahead before his team were able to extend their lead, finding the back of the net through Yacine Brahimi in the 84th minute following excellent work by Mahrez on the left.

Ethiopia did manage to pull a goal back in referee’s optional time when Said netted from the penalty spot.

Ethiopia, Algeria to kick-off Group B

Ethiopia will host Algeria in the first Group B qualifier for the 2015 Africa Cup of Nations in Addis Ababa on Saturday afternoon.

The Walia Antelopes are looking to qualify for their second successive Nations Cup finals, having appeared at the 2013 tournament in South Africa.

The East Africans may have exited the 2013 AFCON in the group stage, but at least it ended a 21-year hiatus from the tournament.

Ethiopia have prepared for the start of the qualifiers by staging a three-week training camp in Brazil, something coach Mariano Barreto believes has been of great benefit.

"The basic reason of the mission was to expose the players to the standard of football in Brazil. I'm sure the players really realised their place in the world of football. The difference between Ethiopia and Brazil is extremely wide but the lessons were extremely useful.

"It was a good preparation. The team that played better and we hope it will aid us to the three points against Algeria. The players are likely to display a better football."

Algeria, currently ranked the top side in Africa alongside Cote d’Ivoire, also crashed out of the 2013 finals in the group phase.

The Fennec Foxes recently confirmed the appointment of new coach Christian Gourcuff, who has taken over from 2014 World Cup hero Vahid Hallihodzic.

The teams have a dead-even head to record, with one win apiece and two draws from their four official matches.

Their most recent meetings were in qualifiers for the 1996 AFCON. The teams played to a goalless draw in Addis Ababa in September 1994, while the return match in Algiers in April 1995 saw the North Africans win 2-0.

Mauritian referee Rajindraparsad Seechurn will take charge of the match on Saturday.