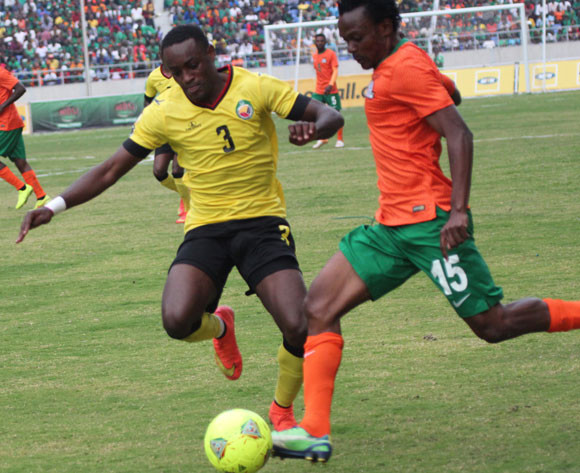 Honour Janza's first competitive game as Zambia coach didn't go according to plan after they were held to stalemate by plucky Mozambique at Levy Mwanawasa Stadium in Ndola.

Fans were left disappointed after so much anticipation from Zambia following last Sunday's 3-1 friendly win over Sudan in Lusaka.

However, the revamped Zambia team that had four players from last weekend’s starting XI failed to spark against a Mozambique side that has yet to beat Zambia in fourteen meetings, three of which are draws.

Midfielders Chisamba Lungu, Rainford Kalaba and Nathan Sinkala were a bar above the rest and held the team as it stuttered through the 90 minutes against a Mozambique side that packed nine men behind the ball.

Mulenga rightfully departed on the 60th minute and was replaced by Collins Mbesuma who brought in some much need life to the attack.

Mbesuma almost found the target in the 85th minute but Mexers stole the ball from his feet as the Mpumalanga Black Aces striker beared down on Mozambique's goal.

Zambia and Mozambique have one point each heading into match-day-two on Wednesday away to Cape Verde and at home to Niger respectively.

Zambia hunt for win over Mambas


Zambia kick-off their quest for a 17th African Cup qualification this Saturday when they host Mozambique in a 2015 Group F qualifier at Levy Mwanawasa Stadium in Ndola.

This weekend’s Group F qualifier will be his second game in charge that comes on the back of a resounding debut win in a friendly over Sudan whom they beat 3-1 on August 31 in Lusaka.

One of the scorers in that game striker Given Singuluma said it was important for the team to make a statement against Mozambique.

"I think we should start with a good result, a win so that it will help us qualify to the Africa Cup," Singuluma said.

Zambia has not failed to win an opening qualifying match since May, 2008 when they lost 1-0 away to Togo in Accra en route to the 2010 tournament in Angola.

Meanwhile, Mozambique face Zambia still without a win over Chipolopolo from 13 meetings.

Zambia has won eleven and drawn two games against The  Mambas.

The two sides last encounter was on July 14, 2013 in the Cosafa Cup quarterfinals that Zambia won 3-1 at Nkana Stadium in Kitwe.