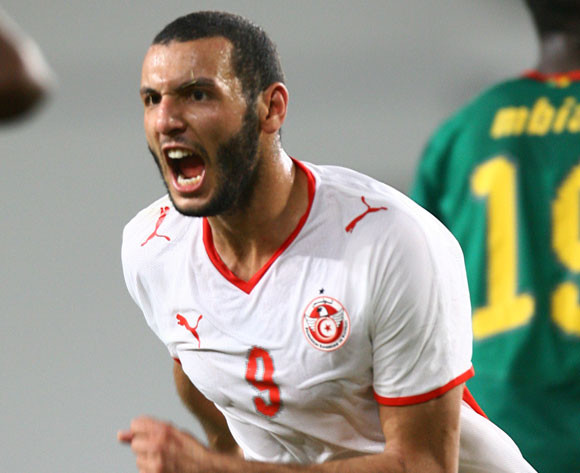 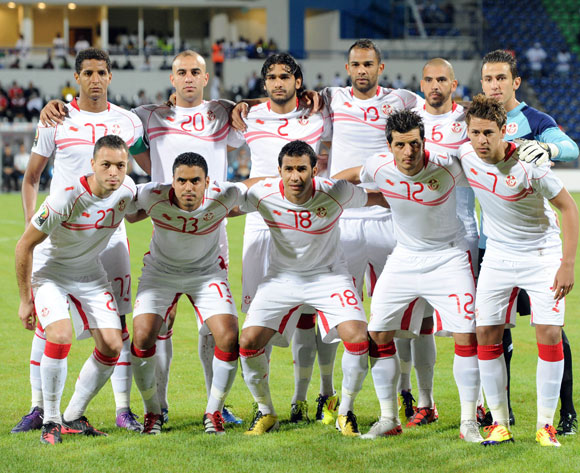 Tunisia fight back to beat Botswana

Tunisia came from behind to register a 2-1 win over Botswana in their 2015 Africa Cup of Nations qualifier at the Stade Mustapha Ben Jannet on Saturday night.

Joel Mogorosi fired the visitors ahead on the stroke of half time but Wahbi Khazri levelled matters after the break before Chikhaoui scored a later winner.

The hosts had numerous opportunities to take the lead in the first half but were let down by wayward finishing and also denied by the woodwork.

The visitors took the lead against the run of play in the 44th minute with Mogorosi finishing from the left side of the box, completing a quick counter-attack.

Defender Bilel Mohsni came close to levelling matters ten minutes into the second half, but his header was kept out by Kabelo Dambe as well as the upright.

The Botswana goalkeeper was helpless in the 75th minute as Khazri curled his freekick into the top corner to make the score 1-1.

The Carthage Eagles claimed maximum points at the death when Chikhaoui converted from the penalty spot after defender Ofentse Nato had handled the ball inside the box.

The win leaves Tunisia in second place behind Senegal, who defeated Egypt 2-0 on Friday, while Botswana are third with no points.

Tunisia out to settle score with Botswana

Tunisia will be eager to settle a score with Group G minnows Botswana when the two teams meet in a 2015 African Cup of Nations qualifier at the Stade Mustapha Ben Jannet in Monastir on Saturday evening.

The last meeting between the two sides in Tunis ended in a surprise 1-0 win for Botswana, Jerome Ramatlhakwana's first half striker securing victory for the Zebra's four years ago.

In a group that also contains 'big guns' Egypt and Senegal, the Eagles of Carthage are eager to kick-off their campaign on a high.

They will have to do so without defender Aymen Abdennour who will miss the game with injury.

The North Africans though still possess a strong line-up even without the Monaco man.

Georges Leekens team is expected to line-up like this:

For Botswana a point will do, in a group where home form will go a long way in deciding who book their place in Morocco next year.

Butler though us under no illusion about the task in-hand , but is confident his side can put in a good showing against the 'big footballing countries'.

"Yeah of course, we are talking about countries which are big footballing countries in Africa," Butler told cafonline.com

"We are the underdogs but I like it that way, it doesn't faze me because I understand what we have to do to get results. We have got to go out there and play with confidence and no fear.

"It’s my job to actually instill that confidence into the players to go out there and express themselves when we face such teams. It’s a great opportunity for them to pit their wits against so called better opposition and it’s also great for me as a coach because it’s a great challenge for me personally.

“We got go there do our level best, we can’t fear anything, we are ready," concluded Butler.

Butler welcomes back Bloemfontein Celtic duo Mogogi Gabonamong and Joel Mogorosi for the game, but will miss star midfielder Mogakolodi Ngele who is nursing a knee injury.