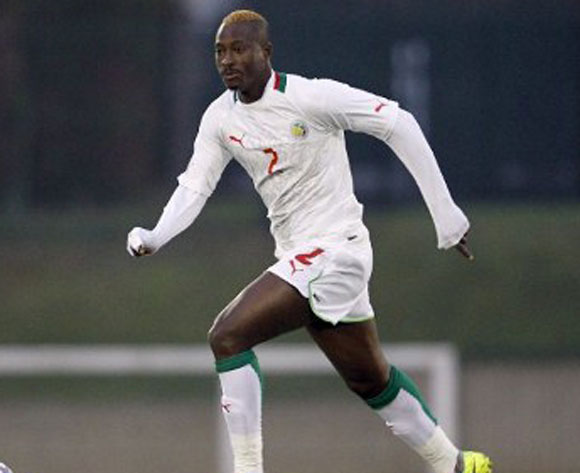 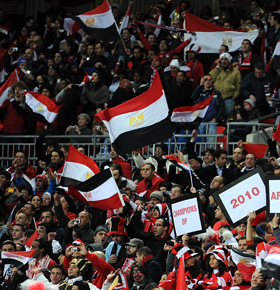 Dame Ndoye was the master of destruction as he created both of Senegal’s goals in their 2-0 win over Egypt in their opening Group G African Cup of Nations qualifying match at the Stade Leopold Sedar in Dakar on Friday night.

First half goals from Mame Diouf and Sadio Mane handed Senegal the first three points of Group G that also consists of Botswana and Tunisia.

Overall, it was a dismal display form the Egyptians who were poor in defence and offered very little in attack.

Senegal, on the other hand, were superb in attack, using their speed and the precise passing of Dame Ndoye to destroy their opponents.

The home side opened the scoring in the 17th minute when a through ball from Dame Ndoye slipped Mame Diouf through on goal and he cleverly poked the ball over the onrushing goalkeeper, 1-0.

Senegal continued to pile on the pressure and doubled their lead on the stroke of the half time. Again Dame Ndoye provided a pin-point, defence splitting pass to see Sadio Mane through on goal and with only the keeper to beat and he too made no mistake, 2-0.

The second half saw Senegal take their foot off the pedal and allowed Egypt to see more of the ball.

Still, for all their possession the Egyptians lacked imagination in the final third and were unable to find any consolation.

Senegal will be happy with the win ahead of their second Group G game away to Botswana on September 10 while Egypt will host Tunisia on the same date.

Egypt aim to put an end to Afcon 'drought'

Seven time African Cup of Nations of champions Egypt will kick-off their 2015 Afcon qualifying campaign against Senegal at the Stade Léopold Sédar Senghor in Dakar on Friday evening.

The Pharaohs, by their standard, have endured a drought on the continental front having won the showpiece three times in a row between 2006 and 2010, the North Africans  have failed to qualify for the last two editions, in Gabon/Equatorial Guinea and South Africa respectively.

Former Egyptian midfielder Ahmed  Hassan who now acts as the national sides Team Manger feels a big team like Egypt should not have failed to qualify for the last two editions and is now hopeful the North Africans can qualify for Morocco.

“Egypt is expected at every Africa Cup of Nations. Big guns like the Pharaohs shouldn’t have missed the last two editions. Our target now is to have our place back in Morocco 2015”, Hassan told Cafonline.com.

“Our group [Group G] is tough. But we are ready for the challenges ahead. I’m appealing to all to rally behind the Pharaohs to have a good start,” added Hassan who amassed 184 caps in his playing career.

For Senegal, a win would mark a perfect return to football on their own home turf.

The Lions of Teranga were prohibited from playing in their own backyard after being banned by Confederation of African Football (CAF) in November 2012 following massive riots by the fans during a CAN 2013 qualifier game against Ivory Coast on 13 October 2012.

"It is a pleasure to be back home again after two years. We know the Senegalese fans are very excited and we will give our maximum effort to please them during the game. It is an extra motivation for us," midfielder Pape Diop told local media.

Senegal head coach Alain Giresse has highlighted the importance of the opening game adding that his team are aiming for a full house of points on the night.

"The first game is always important for the moral and the confidence, and of course in terms of points. "We are aiming for the full points in this campaign opener, but remain aware that it is about the six games, not just the first one," the Lions of Teranga head coach said.

Egypt have enjoyed a vastly superior record over Senegal with the West Africans only managing two wins over Egypt in the past 28 years, while the North Africans have won the last three meetings between the two sides.

Tunisia welcome Botswana in the weekends other Group G encounter.