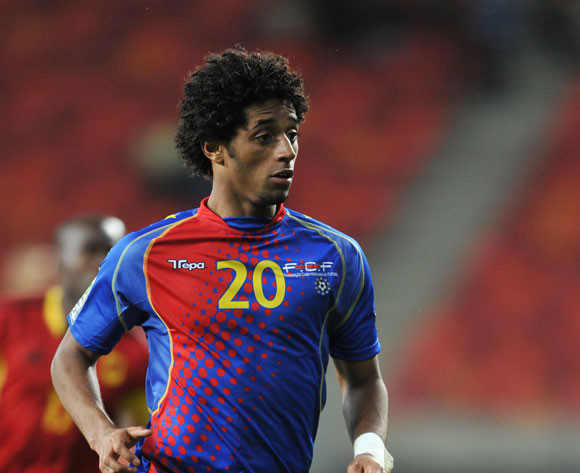 Zambia's woeful week in the 2015 AFCON qualifiers got from bad to worse when they lost 2-1 away to inform Cape Verde in Praia on Wednesday.

The defeat came just five days after they kicked off their 2015 qualifiers with a 0-0 home draw with Mozambique on September 6.

Zambia then arrived for the Cape Verde game fifteen hours before kick-off after taking a nine hour flight to Praia on the eve of the game following a 48 hour delay in sourcing a charter plane for the trip.

Cape Verde dominated Zambia in the first half and took a deserved lead in the 32nd minute through Ze Luis.

Ze Luis' goal was his second in the qualifiers after netting one in Cape Verde's 3-1 away win over Niger last Saturday.

Zambia equalised in the 54th minute though Jacob Mulenga to give his beleaguered side some hope.

However, Ryan Mendes made sure of the points after a sweeping move in the 75th minute to give The Blue Sharks a historic win in their debut meeting with Zambia.

Cape Verde remain in firm command of Group F on six points, two ahead of Mozambique who drew 1-1 with Niger in Maputo.

Zambia are third on one point, tied with bottom placed Niger whom they visit next on October 10.

Cape Verde too will be on the road next month when they visit Mozambique.

Honour Janza on Wednesday battles to save the early days of his Zambia honeymoon when he takes Chipolopolo into unknown territory in Cape Verde on Wednesday.

Cape Verde hosts Zambia in what will be the two sides’ first-ever meeting  at any level when they clash on match-day-two of the 2015 Africa Cup Group F qualifiers.

Zambia  heads to Praia under-pressure to redeem themselves after a poor showing in their opening Group F qualifier last Saturday at home where they were held to a scoreless draw by Mozambique in Ndola.

The draw came a week after Janza made a promising debut with a 3-1 friendly win over Sudan in Lusaka and he is now is quickly learning that you are as good as your last game.

“We have not played Cape Verde before," Janza said.

"It is going to be tricky but its 50-50 chances but you know Zambia is one of the best teams in Africa."

Despite Janza's declarations, Cape Verde over the weekend set the standard as the highest ranked team in Group F with a FIFA ranking of 74th in the World with a winning start on the road to Marrakech.

The Blue Sharks beat Niger 3-1 to send a warning to Zambia, who are ten points below them at number 84 in the World on the FIFA rankings, that they meant business in Group F.

The pressure is on Zambia who desperately need a win in Praia in a match that will be the first of two successive away games for them with Niger to follow in Niamey on October 10 at the halfway point of the qualifiers.