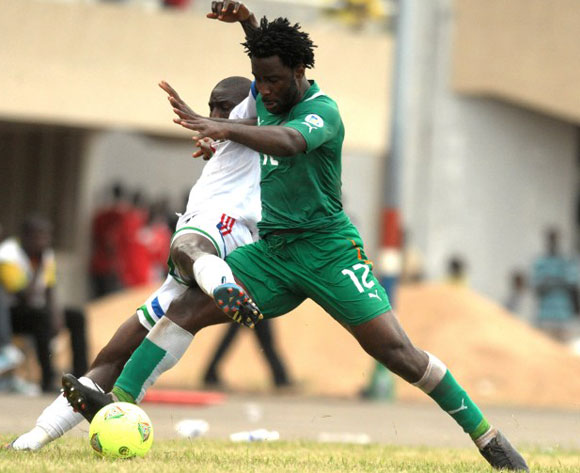 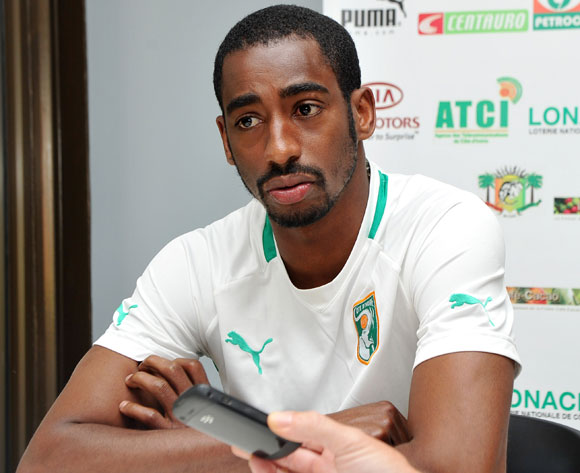 Ivory Coast held on to secure a 2-1 win over the Democratic Republic of Congo in a 2015 African Cup of Nations Qualifier at the Tata Raphael Stadium in Kinshasa on Saturday.

The win moves the Elephants up to second spot in Group D behind Cameroon who were held to goalless draw in Sierra Leone.

Herve Renard's men suffered a surprising 4-1 defeat in Yaoundé last month and were eager on returning to winning ways and did so thanks to goals from Wilfried Bony and Max Gradel who struck the winner seven minutes from time.

Cedric Mongungu scored for the hosts.

Bony opened the scoring for the visitors in the 23rd minute, finishing off from Serge Aurier's cross, six minutes after failing to convert from the penalty spot after Yaya Toure was brought down inside the area.

The hosts pushed forward towards the end of the opening stanza, but were unable to find a way past a inspired Boubacar Barry.

The Leopards finally gave their supporters something to cheer about in the 71st minute, Mongungu finishing off from the spot.

Gradel secured all three points for the Elephants in the 83rd minute with a right-footed finish.

Ivory Coast next welcome the Leopards in Abidjan on Wednesday.

Cote d'Ivoire face DR Congo away in Kinshasa in a battle for second place in Group D.

The Elephants and DR Congo are tied on three points from two rounds of games played in third and second place respectively.

The two sides are three points behind leader Cameroon who play bottom placed and winless Sierra Leone on the same date away.

However, it is Cote d'Ivoire who come into the game severely hurt after losing 4-1 away to Cameroon on September 10 in round two.

Furthermore, the Elephants desperately need a point in this doubleheader before the two former African champions meet again in four days in Abidjan.

“Now, we will travel to Congo and try to get something back. Those are two crucial games, and I hope that we will at least come back with a point and try to get a win at home,” Cote d’Ivoire goalkeeper Copa Barry said.

"DR Congo are a direct competitor for the qualification. So we need to go there to cash points.

"We need to play with heart and commitment. And if we manage it, there is no reason for us to come back empty-handed."

Another defeat on the road will see Cote d'Ivoire needing to pick up maximum points in their remaining three games as the 2015 AFCON qualifiers begin to wind down.

Meanwhile, Cote d’Ivoire face a DR Congo who are seeking their first home win after losing 2-0 on September 6 to leaders Cameroon who are on maximum six points.

DR Congo's only win came away to Sierra Leone whom they technically beat 2-0 at home in a match played in Lubumbashi due to the Ebola outbreak in Freetown.