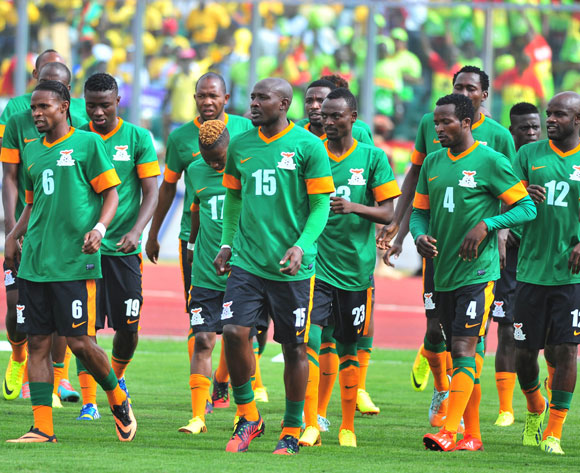 Zambia misfired away in Niamey on Saturday where they drew 0-0 against Niger in a 2015 Africa Cup Group F qualifier.

The result was a minor relief for Zamba coach Honour Janza just a month after losing 2-1 on the road away to Group F leaders Cape Verde.

Zambia, though, stay third and must now beat bottom placed Niger on Wednesday in Ndola if they have any serious intentions of staying in touch with the top two sides Mozambique and Cape Verde.

Zambia were blunt throughout in front of goal in a match that striker James Chamanga started to end his one year exile.

Chamanga has two good chances in the first half with the first coming in the 10th minute when he failed to put his head to a cross from Rainford Kalaba.

Four minutes later Chamanga finally got his first touch of the ball but unfortunately nodded Chisamba Lungu's cross marginally wide on the near post.

The visitors were unfortunate not to find the target in the 53rd minute when Given Singuluma watched in disbelief as the ball hit the far post before it rolled away from the goal line after a neat move initiated by Kalaba.

Mweene then made one more stop in the 71st minute to deny Ali Mohamed from close range after the Niger striker skipped past Kabaso Chongo and Munthali.

Meanwhile, Zambia stand still in third place with two points, tied with Niger whom they must beat on Wednesday to convince anyone they are still in the race for next years finals in Morocco.

Zambia are three points behind Mozambique who picked up their first Group F win after a 2-0 home victory over Cape Verde on Saturday in Maputo who stay top on six points despite the defeat.

The two sides debut meeting on Saturday in Niamey could make or break either side as the battle to qualify for the Morocco finals reaches the midway point.

Zambia and Niger are tied on one point each in third and bottom respectively and are five points behind fired-up Cape Verde who beat both side’s in their opening two Group F qualifying games.

Chipolopolo coach Honour Janza has appeared calm despite the pressure on him with worries that Zambia might miss the Africa Cup tournament for the first time in eleven years.

Zambia kicked off their qualifiers with a poor 0-0 home draw with Mozambique on September 6 in Ndola.

They fall 2-1 away to Cape Verde on September 10 in a modest display compounded by poor travel plans to Praia that saw them arrive twelve hours before the match.

"It (Zambia) has always been a good team we have not lost with our pants down," Janza said.

"We just have to amend for where we went wrong. It is tournament, we have four more games and we can win four games just like any other team.

"We have the players who can deliver."

Janza, though, will be missing star defender Stopilla Sunzu who pulled out of the team on Thursday following the death of his sister.