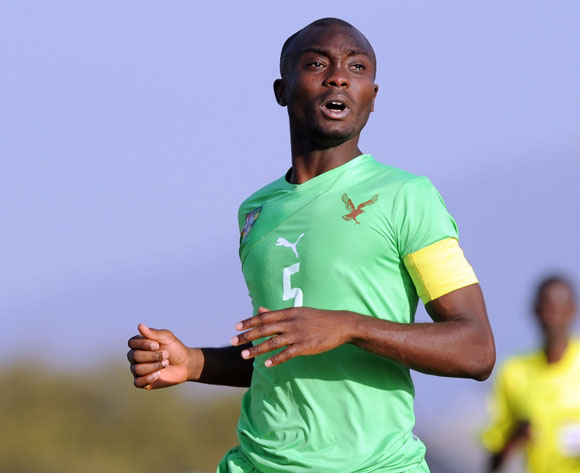 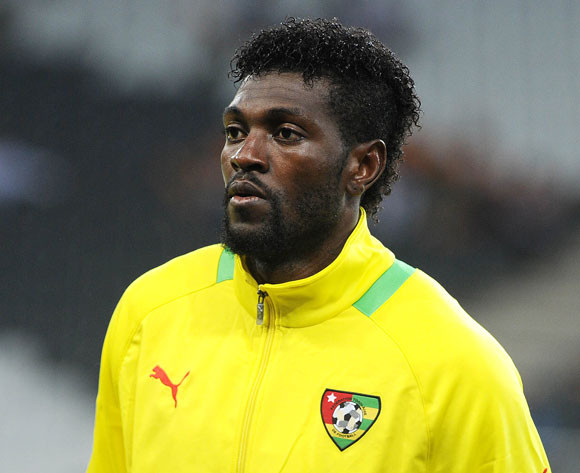 The Togo Sparrow Hawks have brightened their chances of qualification for the 2015 AFCON finals after a hard fought 1-0 win over Uganda at the Stade De Kutgue Stadium.

Tottenham striker Emmanuel Adebayor performed better than during the match last weekend, with good runs and a willingness to get back to defend.

“We are happy to get this win and we shall work hard to try and win the next two games. We started poorly by losing two games, but we are now back on track,” said Adebayor.

The visitors, who last qualified for AFCON in 1978, will also have themselves to blame when substitute Brian Majweha shot out with only goalkeeper to beat.

Portugal based William Luwagga beat his man to cross a nice ball that Majwega failed to capitalise on.

The two sides did not create lots of scoring chances, as the defenders on either side stood firm. Cranes skipper Geoffrey Massa was kept at bay, while Adebayor was also tightly marked by Isaac Isinde and Savio Kabugo.

Cranes coach Milutin ‘Micho’ Sredojevic said although they lost the game, he was satisfied with the way his players had responded. “We also had the chance to win the game here in Lome, but we did not take our chance,” added the coach.

The Cranes, who have four points, will now wait to fight back and try to get maximum points when they host Ghana next month before traveling to face Guinea.

It will be a do-or-die as the Uganda Cranes face Togo in a Group E tie of the 2015 Afcon qualifier at the Stade De Kutgue in Lome on Wednesday.

The Cranes who last qualified for the Afcon finals in 1978 have vowed to fight like lions to try and get maximum points. “Although we lost to Togo last weekend in Kampala, I still have trust in my boys to deliver away from home,” Coach Milutin ‘Micho’ Sredojevic told AfricanFootball.com in an interview at Hotel Sarakawa in Lome.

Sredojevic explained that Group E is now wide open and all the three remaining games for each team will count. “But we need to start with a good result against Togo here before we host the Black Stars of Ghana next month,” said the Coach.

Although Uganda has had a bad run against Togo over the years, Sredojevic thinks results from their last two visits away from home is clear indication that they cannot be taken for granted. “We can also come here and win the game because we are hungrier than before,” he warned.

But the team will miss suspended skipper Andrew Mwesigwa who has accumulated two yellow cards, while experienced striker Emmanuel Okwi was dropped for the trip because of poor form.

Geoffrey Massa who features for University of Pretoria in South Africa has been handed the task of captaining the team and youthful striker Junior Yunus Ssentamu who has helped DR Congo side AS Vita reach the CAF Champions League could be given chance to play a role in the game.

But the Sparrow Hawks will look to their skipper Emmanuel Adebayor who did not have a good game in Kampala. The likes of Wome Dove, Ouro Akoriko and Jonathan Ayite are the other star players expected to lead the home side in a match that will be officiated by a referee from Somalia Hagi Yabarow Wiish.

While Togo is bottom of the Group with three points, Uganda is second with four points ahead of Guinea who have same number of goals but an inferior goal difference. The Back Stars of Ghana are top with five points.