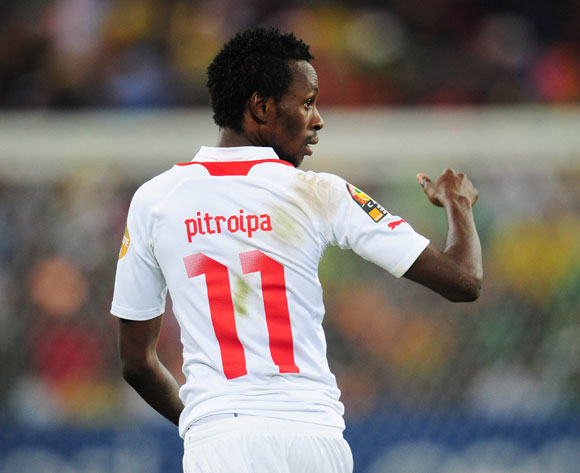 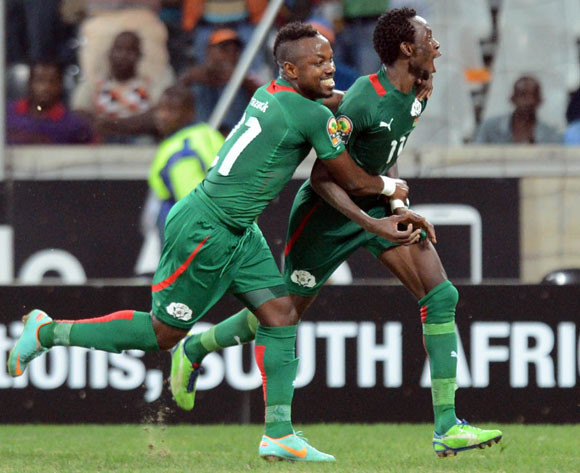 Welcome to the live play-by-play for the 2015 Africa Cup of Nations Qualifiers match between Lesotho and Burkina Faso at Bloemfontein.

46' The second half is underway
90' The referee blows the whistle for Full Time.

Welcome to the live play-by-play for the 2015 Africa Cup of Nations Qualifiers match between Lesotho and Burkina Faso at Bloemfontein.

Burkina Faso moved closer to ensuring they qualify for the 2015 Africa Cup of Nations as they defeated Lesotho 1-0 on Saturday afternoon.

A first half goal, as early as the third minute by Jonathan Pitriopa, gave the Burkinabe the points again over Likuena and added to their frustrations.

The win elevated the visitors to the pole position on the log with 10 points with just one game to wrap up their qualifying campaign.

Pitriopa’s strike made sure they leave the mountainous kingdom with their dream of making it to the 2015 finals alive.

The Burkinabe are the Group C leaders and pushed Gabon to the second spot for now, as they’re playing this afternoon against Angola in Luanda. However, the Stallions would hope that Gabon lose so they go the final match leading the standings.

For the hosts Lesotho, the loss means they’re relegated to the bottom of the group and their dreams of qualifying for their first ever AFCON are shattered. The Likuena have failed to win any of their five games so far.

Burkina Faso was runners-up in the previous tournament as they lost to Nigeria in South Africa and they’re close to booking their ticket to the continent’s major tournament. They finish their campaign against Angola at home on Wednesday evening.

Burkina Faso could secure progression to the 2015 Africa Cup of Nations when they face Lesotho in Maseru this Saturday. Kick-off at the Setsoto Stadium in Maseru is set for 16:00 CAT.

The Stallions are currently second in Group C, one point behind leaders Gabon, three ahead of third-placed Angola and a further two from last-placed Lesotho.

Should they claim victory in Maseru and Angola fail to defeat the log leaders in Luanda, then Burkina Faso will secure their 10th AFCON finals appearance.

However, Paul Put’s side has had to overcome several obstacles in the build-up to this match.

They are missing key playmaker Alain Traore, goalkeeper Daouda Diakité and striker Moumouni Dagano. In addition, Abdou Razack Traore and Prejuce Nakoulma were named in their original 24-man squad but have had to be replaced by Fadil Sido and Banou Diawara due to injury.

The Stallions had also planned a camp in South Africa following political instability in Burkina Faso after the ousting of former president Blaise Compaore on November 7, but it was cancelled due to administrative difficulties.

Nonetheless, having beaten Lesotho 2-0 in their opening qualifier back in September, the Burkinabe will be confident of picking up three points in the Southern African mountain kingdom.

Yet the Crocodiles should not be taken lightly – they managed to hold Gabon and Angola to respective 1-1 and 0-0 draws in Maseru and will be keen on maintaining an unbeaten home record.

The teams will wrap up their qualification campaigns next week Wednesday, with Burkina hosting Angola and Lesotho away to Gabon.