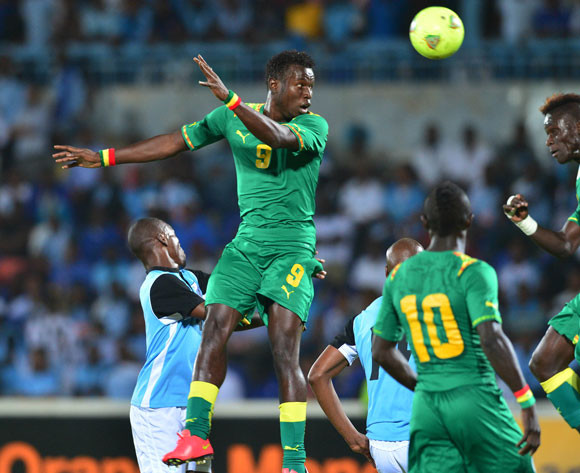 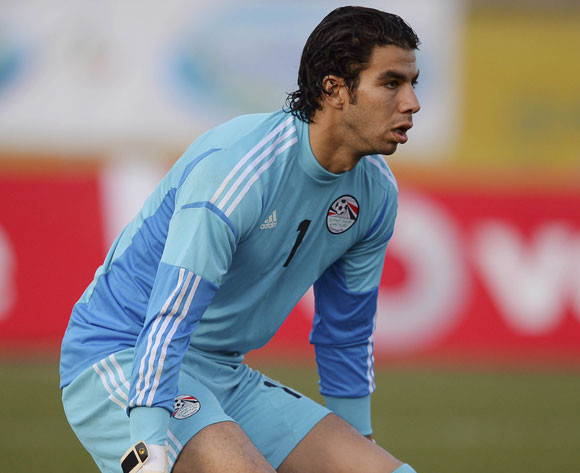 Welcome to the live play-by-play for the 2015 Africa Cup of Nations Qualifiers match between Egypt and Senegal at Cairo.

Welcome to the live play-by-play for the 2015 Africa Cup of Nations Qualifiers match between Egypt and Senegal at Cairo.

An eighth minute goal by Mame Diouf took Senegal to next year’s AFCON tournament in Equatorial Guinea next year as they overcame Egypt on Saturday night at Cairo Stadium.

The goal arrived from a beautiful cross down the left flank and Diouf connected well with a powerful header which gave the goalkeeper Ahmed Shenawy no chance.

This victory means The Lions of Teranga trail Tunisia by one point after collecting 10 points from five games, they wrap up their campaign against Botswana at home while Egypt face Tunisia next Wednesday.

A few minutes later, the hosts tried to level matters but the Lions of Teranga’s keeper, Bouna Coundoul, saved the shot. Again the Egyptians managed to strike another missile, but the defence was too tight and managed to clear the danger.

Just before the interval, the Pharaohs pushed forward in search of an equaliser and their efforts were rewarded with an opportunity, but the shot couldn’t go through as Senegal had many bodies in the box as the visitors went to the tunnel leading.

Ten minutes into the second half, both sides started where they left off with their end-to-end stuff with Senegal’s attempt from a free kick going wide.

Senegal missed an opportunity to consolidate their lead when a beautiful cross by Stephane Badji went across the face of goals but there was no one to tap in.

Towards the hour mark, an opportunity for Egypt came when their right winger Walid Soliman Ebid made an entry into the box, but his cross was not converted.

In the 70th minute, Mohamed Salah nearly punished the visitors when he attacked from the middle of the park but his effort went over the goals.

With nine minutes to go, both sides took their feet off the pedal, however, that worked for the visitors as they moved closer to qualifying.

Salah again missed a glorious opportunity two minutes in stoppage time from a cross whipped in from the right flank, he out-jumped the defence but couldn’t direct his header to the far corner.

Senegal held on for the last two minutes as they joined Group G leaders Tunisia en route to the finals next January.

Will home advantage work for Egypt against Senegal?

The Pharaohs of Egypt will aim for a last chance of making it through the 2015 Afcon Qualifiers when they meet Senegal’s Lions of Teranga on Saturday evening.

The former African champions go into this encounter occupying number three in group G after two wins out of four games and a win in their next matches could reignite their chances.

However, the Lions of Teranga are also aiming for a spot in next year’s tournament, they’re sitting at position two with two wins and one draw, one point above the hosts. This encounter is one of the most anticipated of the weekend as Egypt are in a must win situation.

Although Egypt are brimming with confidence following their two victories over Botswana in October, the visitors have played a draw and lost to Tunisia giving them a headache ahead of this battle in Cairo.

Coach Shawky Gharib will hope his men such as Mohammed El-Neny and Mohamed Salah will come to the party showing the same hunger they displayed against the Zebras of Botswana.

Nevertheless, the visitors will hope to topple Egypt with their campaigners such as Papy Djilobodji and Cissokho Issa after failing to make an impact in their last match against Tunisia.

Coach Alain Giresse will also bank on the log standings advantage he enjoys over the Pharaohs hence a win in Cairo could make things easy for them to win at home in the return leg against Botswana four days later.

The game is scheduled to kick off at 19:00 at Cairo Stadium.