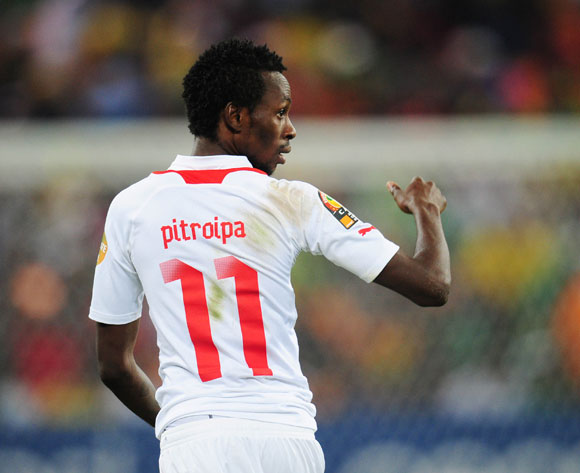 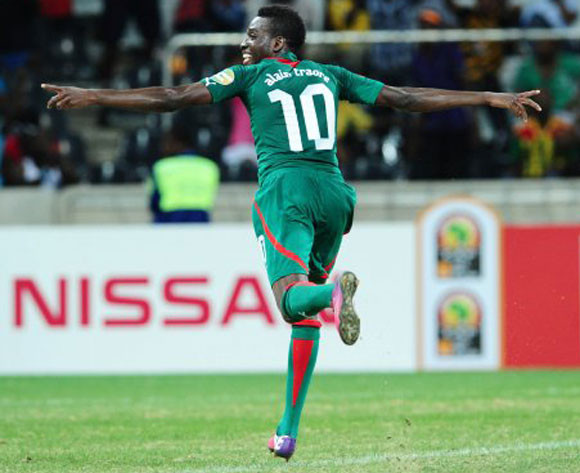 Welcome to the live play-by-play for the 2015 Africa Cup of Nations Qualifiers match between Burkina Faso and Angola at Ouagadougou.

1' The match is underway!
28' Djalma (Angola) takes a penalty kick on goal.

46' The second half is underway
90 + 3' The referee blows the whistle for Full Time.

Welcome to the live play-by-play for the 2015 Africa Cup of Nations Qualifiers match between Burkina Faso and Angola at Ouagadougou.

Burkina Faso were held to a 1-1 draw by Angola in their final Group C Africa Cup of Nations qualifier in Ouagadougou on Wednesday.

The result sees the Stallions drop to second place in the final standings behind Gabon, who defeated Lesotho to leapfrog into first place, but they were already assured of qualification for the 2015 finals anyway.

Burkina Faso looked the likelier scorers in the first half, with Angola goalkeeper Landu Mavanga forced into some fine saves, particularly from the dangerous Aristide Bance and Jonathan Pitroipa.

However, it was the visitors who opened the scoring in the 28th minute through Djalma, who coolly slotted home a penalty. The spot kick had been awarded after Florent Rouamba had tripped Freddy.

The Burkinabe drew level through a penalty of their own deep into injury time at the end of the first half. Pitroipa both won and converted the spot kick to send the match into the interval locked at 1-1.

The hosts continued to be the more dominant team in the second half and Pitroipa really should have put them ahead in the 57th minute, but he inexplicably missed the target from close range with just Landu to beat.

Just under 10 minutes later Angola were saved by the woodwork, as a deflected shot from Mohamed Koffi looped over the reach of Landu but rebounded off the crossbar and away to safety.

That was to be the last notable goalmouth action at either end of the field as the teams settled for a 1-1 draw to end the qualifying campaign.

Burkinabe look to end on a high

Burkina Faso will look to end their already successful 2015 Africa Cup of Nations qualifying campaign on a high when they host Angola at the Stade du 4-Aout in Ouagadougou on Wednesday, kick-off at 20:00 CAT.

The Stallions secured qualification for the finals in Equatorial Guinea next year thanks to a 1-0 away win over Lesotho in Maseru this past weekend, with Jonathan Pitroipa’s early goal proving the difference between the teams.

This victory, combined with Gabon goalless draw away to Angola, saw the Burkinabe secure a place in the Nations Cup tournament for a fourth successive time and a 10th occasion overall.

Yet they are not sure of top spot in the group, as Gabon (who host wooden-spooners Lesotho) are just one point behind. In order to help their ranking and possible seeding for the finals draw, Paul Put’s team will certainly be aiming for a victory against Angola.

As for the Palancas Negras, their hopes of qualifying as one of the top two teams in the group evaporated in their goalless draw with Gabon on Saturday.

They still have an outside chance of securing progression as the best third-placed team from the seven groups, but they are currently second-last in this respect, with all of Guinea, Congo, Egypt, DR Congo and Malawi ahead of them in the pecking order.

When the teams met back in September in the second matchday of the group stage, Burkina Faso claimed an emphatic 3-0 win in Luanda thanks to a brace from Pitroipa and a goal from Aristide Bance.