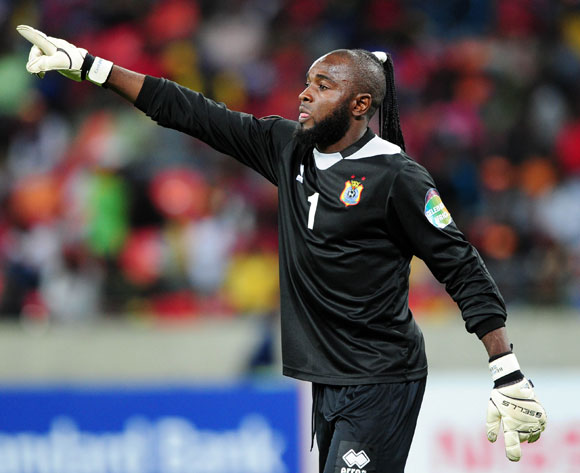 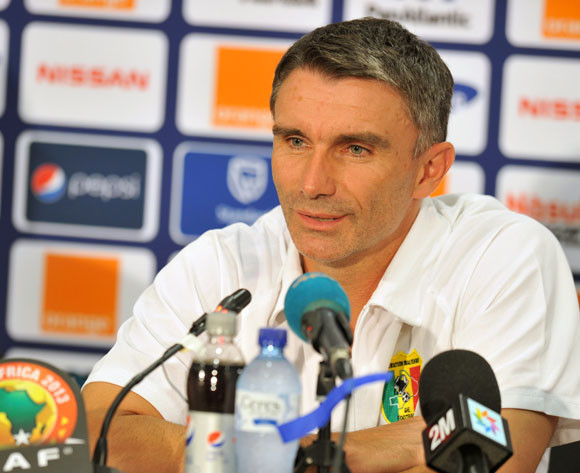 TP Mazembe goalkeeper Robert Kidiaba denied Zamalek the three points from the spot on Sunday in Alexandria to see the two sides finish scoreless in a 2014 CAF Champions League Group A tie.

Algerian referee Djamel Haimoudi pointed to the spot in the 17th minute after Zamalek striker Ahmed Ali was crudely tackled in the area.

Ali duly stepped up to take the resultant spot kick but found  Kidiaba in inspired form to save the DR Congo sides blushes.

Kidiaba was again called into action in the 30th minute  shutting out Mohamed Abdel-Shafy’s attempt on goal off a Khaled Qamar cross.

Mazembe had a couple of good chances to get on the scoresheet in the second half but Solomon Asante was twice denied by Zamalek goalkeeper Abu Jabal in the 54th and 67th minutes.

Zamalek then made a desperate late penalty appeal in the 87th minute when  Omar Jaber seemingly went down easily but Haimoudi was having none of it.

The draw has left Zamalek still bottom of Group A with four points from as many games.

Mazembe dropped from first to second on seven points, tied with compatriots AS Vita who beat Al Hilal of Sudan 2-1 earlier in the day in Kinshasa.
Preview

TP Mazembe head into a cauldron in Alexandria on Saturday night to face a vengeful Zamalek in a 2014 CAF Champions League Group A tie.

The two sides meet under an air of animosity following Mazembe's 1-0 win over Zamalek on June 8 in Lubumbashi.

That win was over overshadowed by an assault on referee Joseph Lamptey of Ghana and allegations of referee bribery by Zamalek.

Three Zamalek players were subsequently charged and slapped with match bans by CAF following that incident.

Mauritanian striker Dominique Da Silva has been handed a three-match ban for his part in assaulting the referee in that match.

Also missing following the Lubumbashi incident are reserve goalkeeper Abdelrehim Mahmoud who is serving a one match suspension and midfielder Hazem Mohamed Emam has been slapped with a two-match ban.

Moreover, that result also saw Mazembe and Zamalek exchange places in Group A in first and last on six and three points respectively.

Meanwhile, Mazembe coach Patrice Carteron has a bigger headache heading into the match after an unsatisfactory performance by his team in their final warm-up game as they wrapped up their three-week-long training camp in North Africa.

"The defeat will have an impact, necessarily so, but it must be positive," Carteron told Mazembe's official website.

"We will build on this to defeat and bring everyone back to reality and we will return to what has been our strength in matches before this result."

And Carteron will also be praying lightning will strike twice for Mazembe against Zamalek away where they won 2-1 in their previous encounter in Egypt in a 2012 CAF Champions League Group B match.
Report