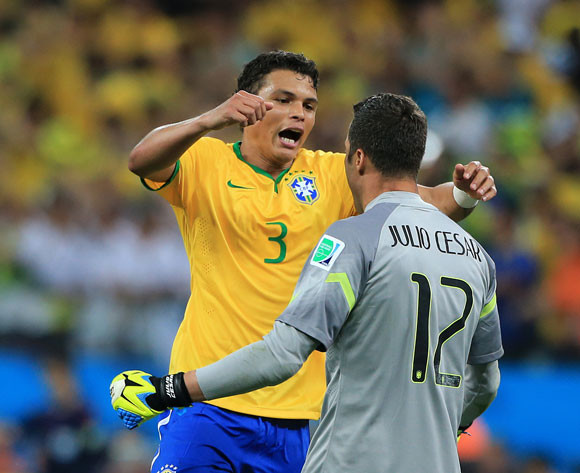 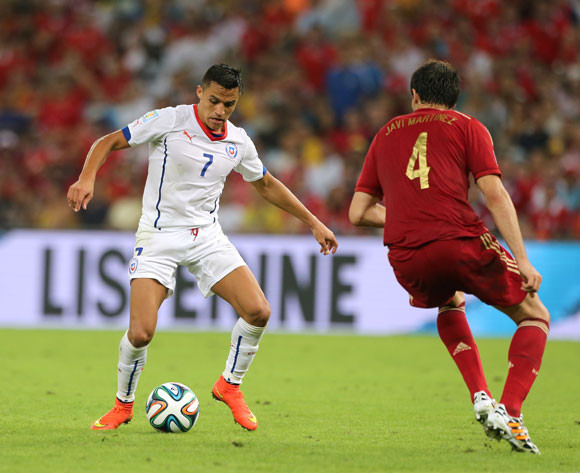 Welcome to the live play-by-play for the 2014 FIFA World Cup Brazil match between Brazil and Chile at Estadio Mineirao.

1' The match is underway!
17' Eugenio Mena (Chile) is cautioned.

90' The referee signals the start of the first period of extra time.

120 + 2' The referee blows for the end of the second period of extra time.

Welcome to the live play-by-play for the 2014 FIFA World Cup Brazil match between Brazil and Chile at Estadio Mineirao.

Brazil slashed and burned their way to the 2014 FIFA World Cup quarter-finals after a 3-2 post match penalty win over Chile after gruelling 130 of extra time.

Willian then rolled his kick wide but Julio Cesar eased the pain when he denied Alexis Sanchez.

Neymar's turn came and sent Bravo the wrong way to get that vital fifth.

Then the moment of truth came for Chile  but it was close but yet so far when  Gonzalo Jara hit the post to sent his side packing.

Meanwhile, the meeting was the two sides second in successive World Cup’s after Brazil beat Chile 3-0 at Ellis Park at South Africa 2010 on strangely the same date, June 28.

In Belo Horizonte meanwhile, Brazil stamped their authority in a very bruising first half in which the host overwhelmed Chile in attack but were completely shaky at the other end when their eastern neighbour decided to pour forward.

The deadlock was broken in the 18th minute when Luiz flicked in the ball from close-range to raise the roof in Belo Horizonte.

But a swath of silence cut across the stadium in the 32nd minute when Alexis Sanchez found space between Luiz and Thiago Silva to blast in the ball from the edge of the box.

Then, Neymar who was the victim of some brutal policing by Chile  in the first half almost made the opponents pay for the brute tackling they had meted on him but he fired his close range header just wide.

Brazil continued to pile the pressure, with Dani Alves, Hulk, Fred and Neymar all giving Claudio Bravo a restless first half.

Brazil then grew little desperate just after the start of the second half when Hulk about down the ball with his band before whipping it in.

However,  a hawkeyed Howard Webb said it was not so and booked the Zenit St Petersburg striker for his crime.

Julio Cesar than saved Brazil’s blushes in the 64th minute when Aranguiz belted out another one of his now dangerous trademark shots as the home side began to look very lacklustre over the next 26 minutes before the hosts briefly broke the monotony in the last ten minutes when Bravo denied Neymar and Hulk in quick succession.

Extra-time came and went but not before Mauricio Pinilla ended Brazil misery when he sent his breathtaking drive in the 129th minute came off the post before the dread lottery of penalties settled the contest.
Preview

Chile out to spoil Brazil’s party

Chile will be looking to pull off an upset when they meet hosts Brazil in a 2014 FIFA World Cup round of 16 encounter at the Estadio Mineirao in Belo Horizonte on Saturday.

The two sides met at this stage at the previous World Cup in South Africa, an encounter which ended 3-0 in favour of the Brazilians and the Selecao haven’t lost to Chile since going down in a World Cup qualifier back in 2000.

Chile have looked solid since the start of this year’s competition and booked their place in the round of 16 after finishing second in Group B.

Jorge Sampaoli's side defeated Australia 3-1 and Spain 2-0 before losing 2-0 to Netherlands having already sealed their place in the knockout stage.

Brazil on the other hand are still unbeaten, and finished comfortably at the top of Group A having beaten Croatia and Cameroon, while their clash against Mexico ended in a 0-0 draw.

Despite Brazil’s good record against Chile, Selecao defender Dani Alves says they should not rely on the past and also singled out his Barcelona teammate Alexis Sanchez as the biggest threat.

"History counts for nothing. We want to win,” he said. “Alexis Sanchez is one of their most dangerous players. Of course Chile have others but Alexis makes the difference.

Juventus midfielder Arturo Vidal is one of the Chilean players who are tipped to give Brazil a hard time and he believes they have what it takes to upset the hosts.

"Beating Brazil? That's our dream. Chile can create a surprise. We've beaten the world champions, so we can beat Brazil."