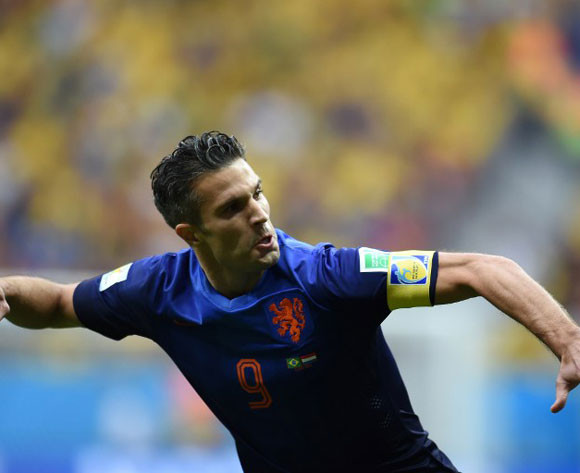 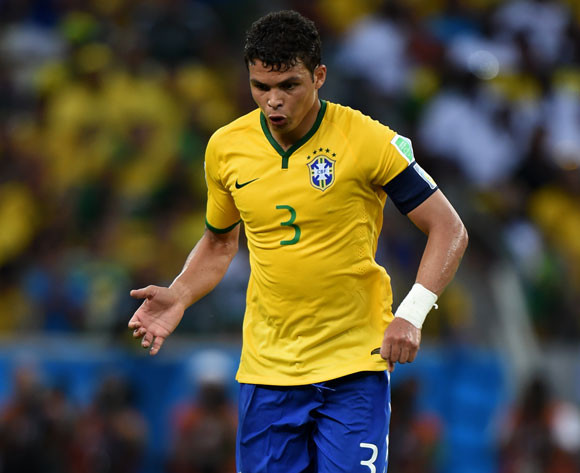 Welcome to the live play-by-play for the 2014 FIFA World Cup Brazil match between Brazil and Netherlands at Estadio Nacional.

Good evening and welcome to the third and fourth playoff match between host Brazil and the Netherlands.
Brazil will be looking to redeem themselves in this match after their spectacular 7-1 defeat at the hands of Germany in the semifinals on July 8.
Some team news, Brazil coach Luiz Felipe Scolari has made five changes to his starting XI with Ramires, Willian and Paulinho some of the notable starters. Captain Thiago Silva returns from suspension.Stay tuned and enjoy the match.
1' The match is underway!
2' Penalty for Netherlands after Robben is brought down by Thiago Silva.
3' Thiago Silva (Brazil) is cautioned.

4' Robin van Persie puts The Netherlands ahead. Brazil find themselves down again in a nervy start as they attempt to banish the ghost of their July 8 loss to Germany.
8' Arjen Robben (Netherlands) is cautioned.

8' Brazil have their confidence back and came close to equalising but Ramires failed to stomp in a cross from Oscar.
13' de Vrij tackles Oscar as he attempts to go on one of his fine runs down on the left wing. Netherlands looking in control of things right now.
17' Daley Blind (Netherlands) scores!

17' It gets worse for Brazil David Luiz poor headed clearance drops for Blind who makes no mistake to hand the Dutch a 2-0 within the open 15 minutes.
21' Oscar dribbles past two Dutch payers, shoots but Japser Cillssen saves.
24' Brazil are struggling to find holes in the Dutch backline while their opponents are looking dangerous everytime they enter Brazils half.
27' Oscar free kick headed out for goal kick.
30' Half an hour gone and still Brazil are looking toothless. The fans are keeping themselves busy doing the Mexican wave.
33' Oscar freekick headed out for a corner by Geirginio Wijnaldum but fail to get anything of impact from the resultant corner.
35' Jonathan de Guzman (Netherlands) is cautioned.

37' David Luiz and Paulinho both fail to meet Oscar's free kick as ball sails across the face the Netherlands goalmouth.
40' Brazil survive! Julio Cesar saves Robin van Persie's shot from the edge of the box.
44' Another Oscar freekick comes to nothing won after Ron Vlaar felled Ramires who limped off for treatment.
45' The referee brings the first half to an end.

45' The Dutch finish the first half stronger as Brazil are restricted to the occasional Oscar free kick for any hope of a goal.
46' Brazil: Fernandinho replaces Luiz Gustavo

46' The second half is underway
48' Stefan de Vrij quells Ramires run to clear the ball for a corner in the first signs of drama in the second half.
53' Brazil are looking promising and winning the balls but still cant breach the Dutch backline.
53' Fernandinho (Brazil) is cautioned.

58' Ron Vlaar's shot saved by Julio Cesar by whistle goes for offside.
59' Ramires twists and turns on the edge of the Dutch box and shoots but send ball inches wide of post.
62' David Luiz free kick saved by Japser Cillssen won after Maicon simulated a tackle on the edge of the box.
66' Brazil continue to look untidy in attack against a very confident Dutch line that is refusing to crack despite the pressure,
68' Oscar (Brazil) is cautioned.

68' Oscar gets a yellow card for a dive in the box following a challenge by Daley Blind.
69' Netherlands: Daryl Janmaat replaces Daley Blind

Brazil: Hulk replaces Ramires
75' Hulk first contribution is a left footed shot that he sends high and into the stands.
80' Willian sends a cross into the box but it is plucked out of the air by Cillssen.
85' Hulk's free kick won by Willian on the edge of the wing is cleared by a Dutch wall.
86' Robben curls corner kick in but Dirk Kuyt heads ball wide.
89' Netherlands: Joel Veltman replaces Jordy Clasie

Welcome to the live play-by-play for the 2014 FIFA World Cup Brazil match between Brazil and Netherlands at Estadio Nacional.

The Netherlands put Brazil out of their World Cup misery after a 3-0 loss to take bronze and see the five-time champions and hosts suffer back-to-back losses at home for the first time since 74 years.

Meanwhile, Saturdays defeat came just four days after they were humiliated 7-1 by Germany but alas there was not to be an exorcism of that forgettable loss in Brasilia in the battle for bronze.

The Dutch took the lead in the third minute from the penalty spot after Thiago Silva brought down Arjen Robben.

Robin van Persie then stepped up to convert the resultant penalty.

It didn't get any better for Brazil and they conceded their second goal in the 17th minute when David Luiz's poor headed clearance dropped at the feet of  Daley Blind who made no mistake to hand the Dutch a 2-0 lead.

Brazil continued to be toothless in attack and their best hope for a goal in the first half came from the occasional free kicks delivered by Oscar that gave the Dutch very little to worry about.

The five-time champions looked the better side after the break but sadly looked untidy in attack against a very confident Dutch line that is refusing to crack despite the pressure.

Not even Hulk who came on in the 70th minute for Ramires could turn the tide and his 75th rugby conversion shot summarized his World Cup tournament.

The Dutch then put the result beyond dead on 90 minutes when Daryl  Janmaat sent cross for Geirginio Wijnaldum to smash in Hollands third and goal.

A chorus of boos then erupted in Brasilia to sum-up Brazil’s forgettable last 180 minutes as hosts of the 2014 FIFA World Cup.
Preview

After putting up a poor performance against Germany in the semi-final when they lost 7-1, hosts Brazil will hope to come all out to win tomorrow against Netherlands in a game for third place at the 2014 FIFA World Cup.

However, although morale in the Brazilian camp has been affected, it is a game they must win to try and restore pride and also bring back smiles on the faces of the football loving people. But facing a Dutch side that lost on penalties to Argentina will not be an easy battle.

With the likes of Arjen Robben, Robin Van Persie and Wesley Sneijder expected to lead the Netherlands team that is not happy with playing a classification game, Brazil should expect a big hurdle to jump.

Luiz Felipe Scolari, the Brazilian coach, is expected to ring some changes to his team after the disappointing semi-final exit. But the good news for Brazil is the return of Thiago Silva who missed the semi-final game returns after suspension.

For the Netherlands, Nigel de Jong who made a surprise return for their semi-final against Argentina could also earn a starting place, while Swansea City goalkeeper Michel Vorm, who is yet to feature, is the only player yet to appear for the Netherlands in this World Cup.

While Scolari will still field a team without the injured inspirational striker Neymar, the Netherlands coach on the opposite side, Louis van Gaal, is expected to tell his players to simply enjoy themselves since he was very critical of having to play a match to determine who finishes third.

Although they play a classification game this time round against Brazil, the Dutch who lost 1-0 to Spain in the 2010 finals in South Africa should walk with their heads high as they exhibited good football since the tournament kicked-off.

They pulled off a 5-1 humbling of defending champions Spain in a Group game. They also stopped Australia, Chile, Mexico, Costa Rica before losing on penalties to Argentina.