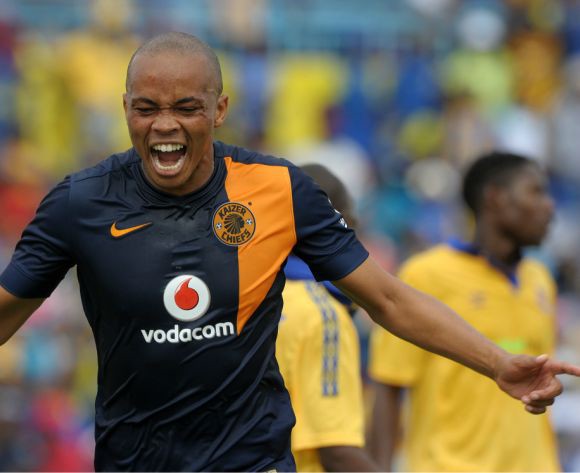 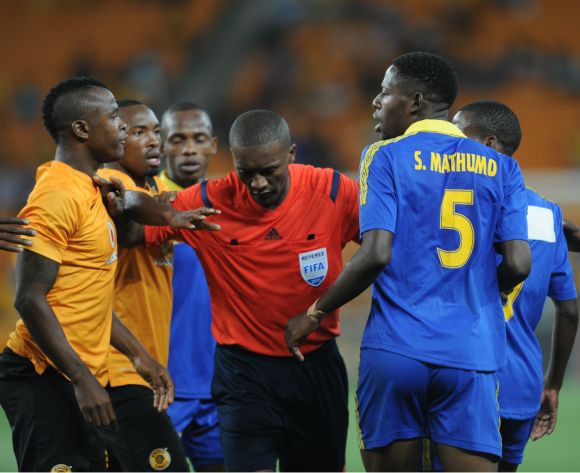 Welcome to the live play-by-play for the 2015 CAF Champions League match between Township Rollers and Kaizer Chiefs at .

1' The match is underway!
5' Chiefs are controlling the early possession, but there have been no real chances in front of goal.
6' Outrageous long range shot from Township Rollers, but it is a comfortable save for Khuzwayo.
10' Ten minutes gone and Chiefs have bossed the game thus far, but they have struggled to break down a resilient Township Rollers defence.
12' Township are chasing shadows at the moment, but still Chiefs are not looking to threatening in attack.
13' Corner to Township Rollers. The ball is whipped into the box by Segolame Boy...goalmouth scramble...but Chiefs hack clear.
15' Tshabalala tries his luck from 30-yards out, but the Township Rollers keeper makes a good save.
17' Parker works his way down the left flank and crosses for Tshabalala who tries a bicycle-kick from 14-yards out, but it flies over the crossbar.
20' Twenty minutes gone. Chiefs have had more possession and more efforts on goal, but Township Rollers have looked dangerous on the counter-attack.
22' Parker drives through the middle of the park and shoots from 22-yards out, but scuffs his shot wide.
23' Rusike with a thunderous left-footed shot from the edge of the box, but it strikes the side netting...that was close for Chiefs.
26' Deep ball into the Chiefs box from the left flank, but Khuzwayo is quick off his line to punch the ball clear.
28' Siyabonga Nkosi (Kaizer Chiefs) scores!

29' Tshabalala crossed from the left for Rusike who headed down for Nkosi and he made no mistake powering the ball home from 14-yards out on the volley, 1-0 to Chiefs (3-1 on aggregate).
30' That goal has come just as Township Rollers were getting themselves into the game. The home team now needs to score at least two goals to stand any chance of progressing in the Champions League.
33' Township Rollers have won a corner-kick, but Chiefs are able to head the delivery into the box clear.
37' Masango drives into the Township Rollers box and is cut down by a defender, but the referee waves away the penalty appeals.
40' Five minutes before the break. Chiefs have had more possession and deserve their lead, but can Township Rollers pull a goal back before the break?
43' More good interchanging of passes on the edge of the Township Rollers box which sees Nkosi shoot from 18-yards, but the keeper makes a good save.
45' There will be two minutes of added time at the end of the first half.
45 + 1' Rusike shoots from 25-yards out, but drags his shot just wide of the goal.
45 + 2' The referee brings the first half to an end.

45' The second half is underway
48' Chiefs have started the second half like they ended the first, on top and dictating the flow of play.
50' Five minutes into the second half and neither side has created a chance in front of goal yet, though Chiefs are knocking on the door.
53' Segolame Boy with a dangerous free-kick into the Chiefs box, but Khuzwayo is off his line and acrobatically palms it behind for a corner. The corner comes to nothing.
54' Parker down the left flank for Chiefs, but his cross into the box is well-collected by the keeper.
56' Township Rollers coming into the game a bit more.
58' Cross into the Chiefs box from the right flank, but Louis Jerome heads wide...that was close for the home side.
60' Another cross from the right into the Chiefs box, but it is beyond everyone and out for a goal-kick.
63' Township Rollers: Koko Sekhana replaces Kobamelo Kebaikanye

65' Township Rollers really applying pressure on the Chiefs goal at the moment. Can the PSL team's defence hold firm under this onslaught.
70' Chiefs still lead 1-0, but they are under pressure from the Botswana attack.
75' Kaizer Chiefs: Katlego Mphela replaces Matthew Rusike

78' Long throw-in into the Chiefs box...goalmouth scramble, but eventually Chiefs hack the ball clear.
80' Ten minutes to go. Can Township Rollers get back into this game, they are seeing all the possession at the moment.
82' Rollers work a right sided free-kick into the box, but Khuzwayo collects with authority.
85' Kaizer Chiefs: Kgotso Moleko replaces Tsepo Masilela

89' Township Rollers are throwing all their players forward in attack, but the Chiefs defence is holding firm.
90' There will be three minutes of added time at the end of the game.
90 + 3' The referee blows the whistle for Full Time.

Welcome to the live play-by-play for the 2015 CAF Champions League match between Township Rollers and Kaizer Chiefs at .

Chiefs Down Rollers To Move On In Champions League

Kaizer Chiefs progressed into the next round of the CAF Champions League 3-1 on aggregate over Botswana’s Township Rollers after winning the second-leg preliminary tie 1-0 at the National Stadium in Gaborone on Saturday.

Siyabonga Nkosi scored the only goal of the game just before the half hour mark to seal victory, adding to their 2-1 first-leg win a fortnight ago.

Chiefs dominated the possession stakes in the first half, but they struggled to break down a well-organised Township Rollers defence.

Instead, the Amakhosi had to shoot from long range as did Siphiwe Tshabalala in the 15th minute, but his shot was brilliantly saved by the home side’s keeper.

In the 22nd minute Bernard Parker dribbled his way through the middle of the park, but saw his 20-yard shot go narrowly wide of the goal.

A minute later Matthew Rusike showed good strength on the edge of the box to find some space, but his low shot skimmed the wrong side of the post.

In the 28th minute Chiefs took the lead thanks to a well-worked goal that saw Tshabalala cross from the left for Rusike to head into the path of Nkosi who fired home from 14-yards out, 1-0.

Rusike was unlucky not to double his side’s lead in the dying seconds of the half when he dragged a 22-yard shot inches wide of the target.

The second half saw Chiefs come out the change room a bit relaxed and Township Rollers took full control as they had the lion’s share of possession in the second 45.

Still, for all their possession the side from Botswana really struggled to break down the Amakhosi defence.

The home side’s only real chance of the half came on the hour mark when Louis Jerome met a right wing cross, but his 12-yard header went wide of the goal under no pressure from a defender.

Chiefs kept it tight at the back for the final half hour and kept a clean sheet on the day to move into the next round of the CAF Champions League.

Rollers out to shock Soweto giants

Botswana’s Township Rollers will aim to shock Soweto giants Kaizer Chiefs when the teams meet in a CAF Champions League second-leg preliminary tie at the National Stadium in Gaborone on Saturday.

The home side are likely to have a big crowd turn out – as much to support them as to see Kaizer Chiefs, a hugely popular team in Botswana. Regardless, it is likely to be a much livelier atmosphere than the near empty FNB Stadium in the first leg.

The Amakhosi head into the return match against Botswana’s reigning league champions with a narrow lead, having claimed an unconvincing 2-1 win in the first leg on February 14 in Soweto.

Stuart Baxter’s side needed a goal at the death from defender Tefu Mashamaite to pick up a victory against a Rollers side that started slowly but showed determination and no little quality, with their pace on the counter attack particularly troublesome for Chiefs’ defence.

Chiefs will head into the match with their top players fresh from having the past weekend off. The Amakhosi defeated Edu Sports 4-0 in the first round of the Nedbank Cup, though most of their key players were rested.

The winner of this preliminary tie will face either Morocco’s Raja Casablanca or Congo’s Diables Noirs in the first round. Raja won the first leg 4-0 earlier this month. The referee for the match in Gaborone is Duncan Lengani from Malawi.