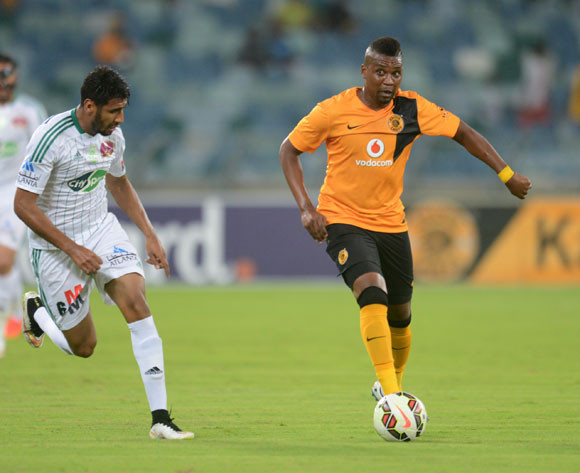 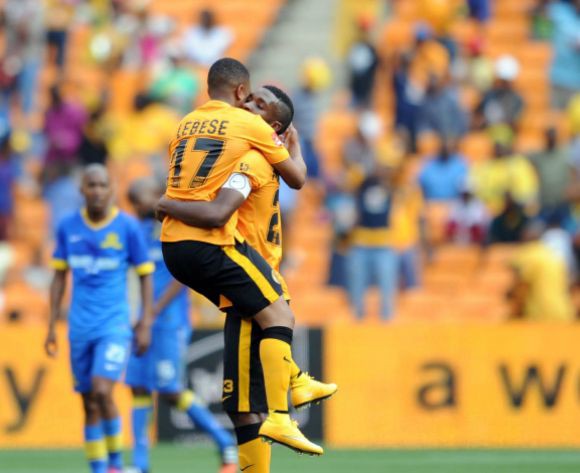 Welcome to the live play-by-play for the 2015 CAF Champions League match between Kaizer Chiefs and Raja Casablanca at Loftus Stadium.

1' The match is underway!
4' Chiefs caught offside, Gaxa from a good pass from the midfield.....Chiefs looking to put the visitors under pressure.
6' Ighodaro Christian Osaguona (Raja Casablanca) scores!

9' Free-kick to Chiefs after Tshabalala was fouled. Parker, defended by Raja defence for a corner. Tshabalala takes it, Mashamaite heads it to gool but cleared
12' Masango's shot off target, Khalid Askri takes goal-kick. Masango fouling the skipper and the referee penalises him
15' Chiefs moving forward nicely as Rajah are defending too deep....referee blows for a foul against Masilela.
18' Yeye's final pass letting him down after beautiful play in the middle of the park. Free-kick to the hosts for a late challenge on Mathoho.
21' Mphela fouled on the edge of the box, Parker and Shabba over it. Tshabalala hits it straight into the wall.
23' Mphela and Yeye combining well but Yeye can't read the final pass to him....long range shot by Shabba produces a save by Askri for a corner. Askri tips it over for another corner....

27' A fourth successive corner and Shabba takes it...foul against Mashamaite for a foul on Askri. Keeper down receiving treatment....
30' Chiefs 0-Raja-1.......Chiefs still probing for their opener and keeping Rajah under pressure. Foul on Masilela on the left side.
33' Chiefs under attack from the left hand side but Mathoho deals with the threat eventually. Masango frustrated and fouls Jawad Issine.
36' Referee blows for a foul throw against Mabide. Rajah moves forward but Mathoho deals with the danger in the box.......foul against Masango for a hand ball.
36' Khuzwayo comes out to make a save for a corner but he was nearly caught. He tips it for another corner.

37' Referee blows for impediment by Raja forwards. Chiefs take a free-kick....
40' Chiefs 0 - Raja 1: Gaxa takes a shot but goes off target......Chiefs lose it in Rajah's half but Katsande recollects, offside for Mphela.
43' Good pass from Shabba, Masango didn't read the move and it was a defence splitting pass. Foul on Shabba in a great area but Mashamaite's header saved by keeper.
45 + 1' Mphela can't find Masilela down the left flank and they lose possession. Khuzwayo comes out to make a save. Foul on Yeye by Mabide.
45 + 1' The referee brings the first half to an end.

46' The second half is underway
48' Chiefs back with a bang, attacking with Shaba spreading passes. Cross from Tshabalala but cleared by defence.
50' Side netting by the Nigerian striker, Khuzwayo made a brilliant one-one-one save and the rebound went to the side netting, great positioning by the keeper.
51' Foul on Raja's Issine by Shabba....the visitors camping on Chiefs half...
54' The best chance so far for Chiefs, Mphela blasts it over the posts in the box.....Chiefs looking better moving forward.
55' Parker's shot blocked in the penalty area by Karrouchy
58' Chiefs with neat passes and Yeye looking to command the midfield but they fail to penetrate the defence.
61' Chiefs-0 Raja 1...and Chiefs trying all they could in opening the visitor's defence.....Yellow for Karrouchy.
61' Adil Karrouchi (Raja Casablanca) is cautioned.

64' Foul against Katsande....yellow for Shabba, second for the night for a foul on Jbira.
64' Siphiwe Tshabalala (Kaizer Chiefs) is cautioned.

67' Mphela very close to scoring but his header wide....a great pass from Parker...caution for Bamaamar...for a foul on Parker.
67' Mohammed Ali Bamaamar (Raja Casablanca) is cautioned.

70' Good interplay between Parker and Shabba, but Mphela's attempt.
74' Masango receives a throw in, Raja stable at the back and their defending is clean not allowing Chiefs to find spaces. Shaba with a cross but the keeper safely holds on...
74' Kaizer Chiefs: Hendrick Ekstein replaces Bernard Parker

78' Ekstein takes a shot nut blockedand they get a corner.....Raja deals with it. The goalscorer down with cramps. Chiefs pushing at all costs to find an opener.
80' Raja Casablanca: Hamza Abourazzouk replaces Ighodaro Christian Osaguona

83' Foul against Chiefs on the keeper. Gaxa's cross we, defended by defence. Lebese takes a shot but blocked.
84' Mthembu and Shabba onside but Mthembu's shot off target witht the keeper to beat.
85' Khalid Askri (Raja Casablanca) is cautioned.

90' Chiefs look to find an equaliser but time running against them.
90 + 1' Khuzwayo to play as a sweeper, he clears to safety. Askri down grimacing in pain from a challenge by Mashamaite. Clearly no foul.
90 + 4' Chiefs get a set-piece and it's close to the penalty area. Raja clears.
90 + 5' The referee blows the whistle for Full Time.

Welcome to the live play-by-play for the 2015 CAF Champions League match between Kaizer Chiefs and Raja Casablanca at Loftus Stadium.

Chiefs fail to use home advantage against Raja

The win means the Naturena side will have to go to Morocco and register a win at all costs in order for them to progress to the next round of the Champions League.

Although Amakhosi were the first side to probe for an opener when they moved forward, Siboniso Gaxa was caught offside from a good pass from the midfield. However, two minutes later, Casablanca found the net when the Nigerian forward, Ighodaro Christian Osaguona scored in the sixth minute.

Stuart Baxter’s men surged forward in search of an equaliser as Mandla Masango's shot was off target in the 12th minute, failing to trouble goalkeeper Khalid Askri.

Towards the half-hour mark, the hosts received four successive corners and Siphiwe Tshabalala took them, but goalkeeper Khalid Askri showed his class when he made a brilliant save, tipping the ball over the posts.

Chiefs went to the tunnel trailing the visitors by 1-0, upon their return Stuart Baxter’s men moved forward when Katlego Mphela came very close to scoring in the 67th minute but his header went wide from a great pass by Bernard Parker.

In the 84th minute substitute Siphelele Mthembu and Tshabalala found themselves onside, however, Mthembu's attempt was off target with only Askri to beat.

In the injury time, Amakhosi received a set-piece but Raja were on their toes to keep the South Africans at bay.

Kaizer Chiefs will look to gain the upper hand when they host Raja Casablanca in a first leg, first round CAF Champions League match at the Moses Mabhida stadium in Durban on Saturday.

Raja, who hail from Morocco, qualified for this stage of the Champions League after an impressive 6-2 aggregate win over Congo’s Diables Noirs in the preliminary round.

The side from Morocco ran out 4-0 winners over Diables Noirs in the first leg at home and proved to be dangerous away from home, scoring two goals in a 2-2 draw in Congo in the second leg.

On the home front, Raja have not been in the best form in their domestic league having not won a league match since early February. They have gone four league matches without a win which sees them place fifth on the table, nine points behind the leaders.

Chiefs qualified for this stage of the Champions League after beating Botswana’s Township Rollers 3-1 on aggregate in the preliminary round.

The South African side ran out 2-1 winners in the first leg at home, followed by a 1-0 win away from home in Botswana.

On the home front, Chiefs have struggled for form in 2015 and come into this game off the back of a 1-0 defeat to Maritzburg United in their last league match in midweek.

The loss was only Chiefs second in the league season, but still sees them place at the top of the table eight points clear of second placed Mamelodi Sundowns.

This will be the first time that Chiefs are tackling Moroccan opponents in CAF matches, though they have faced other North African sides in nine matches – their record reads four wins, two draws and three defeats.

The Amakhosi first came up against North African opponents in the second round of the 1993 African Cup of Champions Clubs where they were edged on away goals by Egypt’s Zamalek after a 2-2 aggregate draw.

Their most recent matches against North African foes came in the 2005 Champions League – they suffered a 5-2 aggregate defeat to Tunisia’s Esperance.