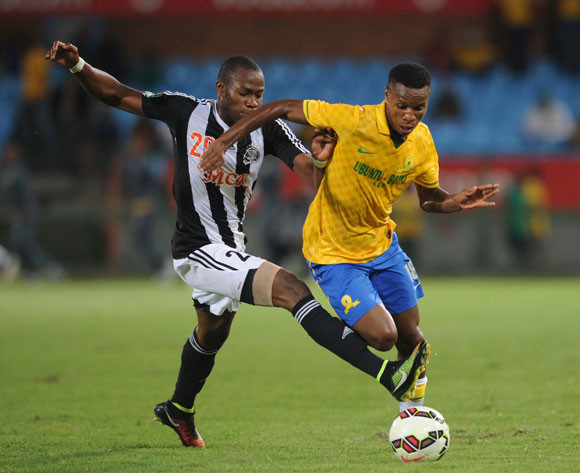 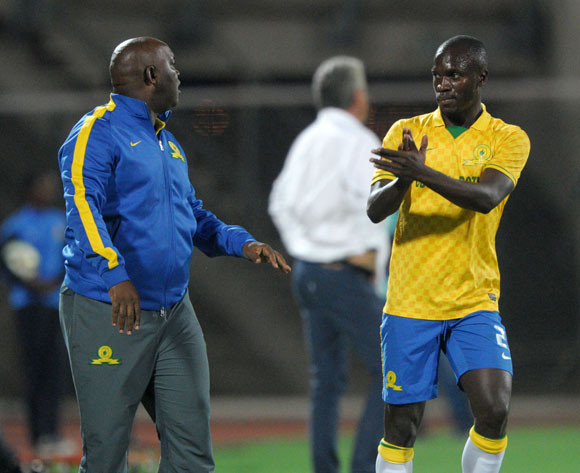 The game got off the a lively start with either side trying their luck from range. Roger Assale sent his powerful effort over Onyango's crossbar before Tebogo Langerman forced Roger Kidiaba into a diving save.

Billiat enjoyed a lively game for the hosts, terrorizing the Mazembe defence at every opportunity.

With both teams eager to gain a positive result a moment of controversy never felt foo far away and that is what the game conjured up in the 42nd minute.

Chongo sent for an early shower for his robust tackle on Anthony Laffor to the surprise of Patrice Carteron and his troops, who were enraged by the decision.

Sundowns dominated proceedings after the break with Pitso Mosimane's men pushing forward in search of the opener.

Teko Modise, Cuthbert Malajila and Anthony Laffor tried their luck for the Brazilians, but didn't really test Kidiaba, who at 39 years of age still looked as lively as ever.

Despite their man disadvantage Mazembe had their chances, with Denis Onyango quick off his line to save at Roger Assale's feet in the 57th minute.

Sundowns finally found the opening goal in the 86th minute, Billiat netting what could prove to be a very important goal for the Chloorkop-based side.

Modise's long range effort deflected into the path of the Zimbabwean, whose first-time strike left Kidiaba with no chance.

The return leg will be played in Lubumbashi on the 4th of April.

Arguably the tie of the round will see the Brazilians backed by the wealth of mining magnate Patrice Motsepe, host Mazembe who are fuelled by businessman Moïse Katumbi Chapwe.

Katumbi has transformed the DR Congo outfit into one of the most feared teams on the continent with the Ravens touching down in South Africa boasting an incredible record in Africa's premium competition in recent years.

The four time Champions League winners won back to back trophies in 2009 and 2010 and finished as runners-up in the 2013 CAF Confederation Cup.

Sundowns though will take heart from Orlando Pirates' recent heroics against the Lubumbashi giants.

The Buccaneers managed to eliminate Mazembe from the 2013 CAF Champions League following a 3-2 aggregate win.

Sundowns fullback Ramahlwe Mphahlele has stressed the importance of racking up the goals on home soil knowing the challenges his side are set to face in the second leg.

"It is important that we do well in the home leg because you don't want to be going to DR Congo looking for a win at all costs," said Mphahlele.

"These are tough times for us, we just have to stick together and grind out results. It doesn't really matter how they come, as long as we win."

Sundowns beat Seychelles outfit St Michel in the first round to set-up an appetizing clash against Mazembe.

Bafana Ba Style's best showing in the Champions League came in 2001 where they managed to reach the final before succumbing to Al Ahly.

Mazembe have been training under lights this week to acclimatize to the conditions they are set to face in the South African capital.

The DR Congo side arrived in Johannesburg on Friday along with club chairman Katumbi.

The return leg will be played at the Stade TP Mazembe on the 4th of April.