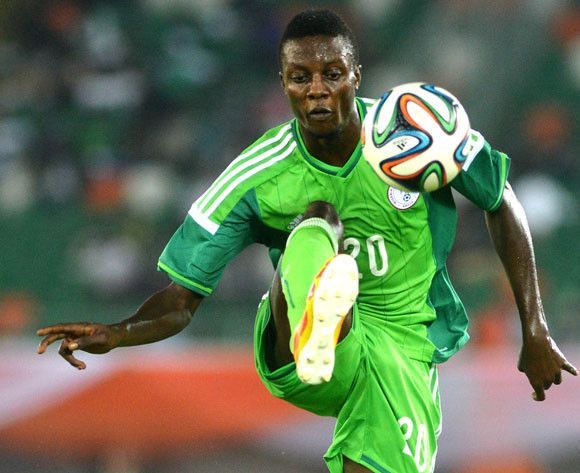 Edjomarigwe scored for Pillars against MAT on saturday in Kano 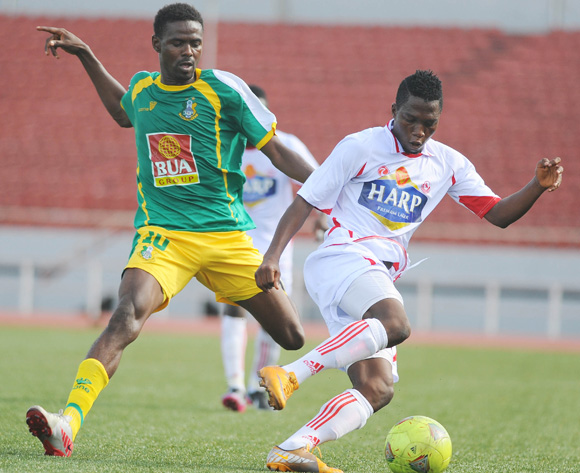 Pillars crash out of Champions League

Pillars thus crashed out of the tournament 5-2 on aggregate having lost the first leg in Morocco 4-0.

Poor finishing robbed Pillars of a more convincing win, while the Moroccan champions made the most of their chance.

Moghreb Tetouan took the lead in the 33rd minute through Mouchine Iajour, who scored a hat-trick in the first encounter.

However, Pillars drew level after 61 minutes through Tony Edjomareigwe.

The home team scored again a minute from full time through Rabiu Ali, who dribbled his way into the box before he fired home.

But it was too little, too late as Pillars then needed to score six other goals to advance to the second round of the competition.

Pillars were also eliminated from the tournament last year in the preliminary round by AS Vita of DR Congo.

Nigerian champions Kano Pillars will have to do the impossible on Saturday by thrashing Moghreb Tetouan of Morocco at least 5-0 to qualify for the second round of the CAF Champions League.

The Moroccan champions were truly at home when they trounced Pillars 4-0 in the first leg.

Pillars stars Isaac Loute and Ubong Ekpai told AfricanFootball.com they have not given up hope of getting into the next stage of the prestigious competition despite the heavy loss in Morocco.

"We are sad to lose the first leg heavily. We played well in the match but couldn't score. We can beat them 5-0 in the second leg, if they can score four goals, we can score five too in Kano but it won't be easy,” said Ekpai, who has rejoined Pillars after international duty with the Super Eagles.

“We must work harder than we have done. It is possible to progress to the next stage."

Pillars defender Loute further told AfricanFootball.com: "If they can score four goals against us in Morocco, we can also score five goals or more in Kano.

“This is football and everything is possible. It going to be a battle to finish, early goal will definitely help our cause."

Defender Adamu Murtala has returned to action after recovering from gunshot wounds in the armed robbery attack that forced the first leg to be moved by a week.

However, midfielder Eneji Otekpa and Gambo Muhammed are yet to recover from the incident and so they will not again be available for this crunch clash.

In the absence of Gambo and newly signed striker Christian Obiozor, who has gone AWOL after signing a three-year contract with the Nigerian champions, Pillars will now have to count on Ekpai and young striker Hassan Adamu for the goals inside a jammed Sani Abacha Stadium in Kano on Sunday.

It is also hoped the early 2pm kick-off will unsettle the visiting Moroccans.