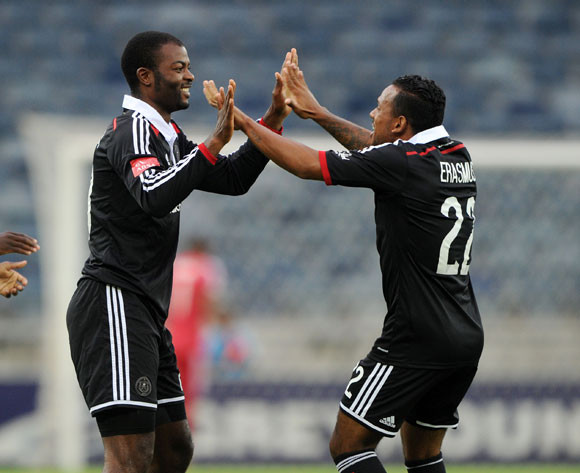 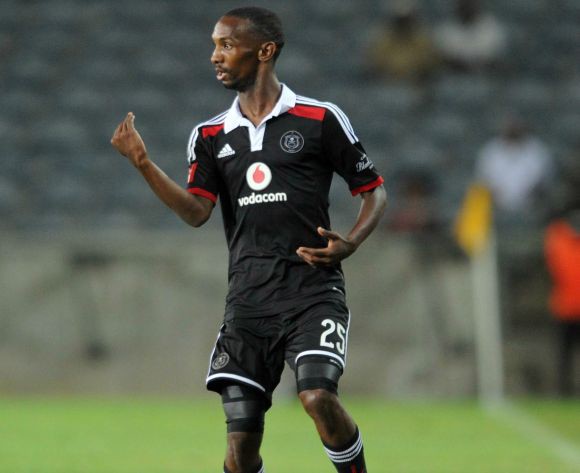 Two superb goals from Rooi Mahamutsa and Lehlohonolo Majoro took Orlando Pirates to a 2-1 win over URA in their CAF Confederation Cup first round, first leg match at Orlando Stadium on Saturday.

In what was an otherwise underwhelming performance from the Buccaneers, the excellent goals – one in the early minutes and the other in the dying stages – saw Eric Tinkler’s team to a first leg victory that gives them a decent chance of advancing to the second round when they play the return game in Kampala early next month.

Pirates opened the scoring through a most unlikely source, as defender Rooi Mahamutsa cracked home a magnificent long-range shot in the fourth minute. The centre-back’s effort flew into the top corner and gave URA’s goalkeeper no chance whatsoever.

But if the Buccaneers thought that brilliant goal would set the tone for the remainder of the game, they were sadly mistaken. The Ugandan visitors proved to be a real handful for the hosts, playing some slick attacking football that had Pirates’ defence scrambling throughout.

Though URA managed just one shot on target in the first half – a 25th minute effort from Feni Ali Mohamoud that was easily saved by Brighton Mhlongo – they were arguably the better team and would have felt they deserved more for their efforts than heading into the change rooms at half time 1-0 down.

URA continued to boss the game in the early stages of the second half, though a tactical switch from Pirates which saw Thandani Ntshumayelo introduced to midfield (he replaced striker Lennox Bacela) saw the South African side enjoy a better balance to their play.

As the half wore on and URA began to take a few more risks in terms of committing players forward, more space opened up for Pirates to attack on the counter. The Soweto giants duly took advantage in the 85th minute when Oupa Manyisa teed up Lehlohonolo Majoro, who finished beautifully from outside the box to double his side’s advantage.

Yet there was to be a twist in the tale late on, as Pirates defender Happy Jele scored an unfortunate own goal in injury time. The right-back was forced to head a cross into his own net under immense pressure from a URA attacker.

Orlando Pirates will begin their CAF Confederation Cup campaign this Saturday when they host Uganda Revenue Authority (URA) for a first round, first leg clash. Kick-off at Orlando Stadium is set for 17h00 CAT.

Pirates were given a bye through to this stage, being one of the top ranked sides in the competition after their exploits in the 2013 CAF Champions League when they finished as runners-up.

The Buccaneers will be looking to avoid the fate suffered by fellow South African side Bidvest Wits, who were embarrassingly ousted in the preliminary round by Swaziland side Royal Leopards.

Coach Eric Tinkler has insisted that Pirates will take the competition seriously – something South African sides have arrogantly neglected in the past – but admits that they have been hampered by a lack of information about their opponents.

"We don't know too much about URA but we are treating this game as simply as it is: home, must win, don't concede, second leg," said Tinkler.

URA earned their spot in the first round thanks to a 4-2 aggregate victory over Madagascar’s ASSM Elgeco Plus in the previous phase. The Kampala club’s main danger man is striker Robert Ssentongo, who scored twice against ASSM.

The return leg will be played in Kampala on the first weekend of April. The winner of this first round tie will face either CF Mounana (Gabon) or Power Dynamos (Zambia) in the second round.