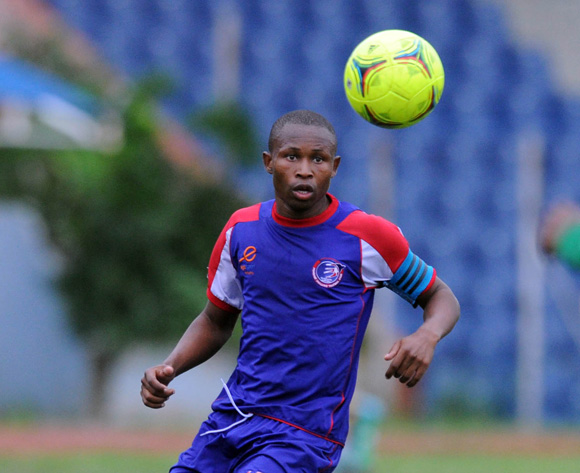 A goal from Sifiso Mabila towards the end of the second half was enough to earn Swaziland the full points as they beat Tanzania 1-0 on Monday evening in their Cosafa Group B match at the Royal Bafokeng Sports Palace.

As early as the second minute, Tanzania captain John Bocco tried to open the scoring but the Swaziland goalkeeper Mphikeleli Dhlamini  managed to get a hand on it and send the ball out for a corner kick.

Tanzania striker Mrisho Ngasa also had a chance to open the scoring but Mphikeleni Dlamini was well alert.

Just a minute before the half time break Sifiso Mabila found the back of the net and gave Swaziland a lead with a shot that beat the keeper at his near post.

In the second half Swaziland tried to double the score but Tony Tsabedze’s shot from the edge of the box was blocked.

In the 80th minute substitute Salum Salum fired in a shot but it missed the target as the Tanzanians continued to press for an equaliser.

In the end the Swazis held out for a valuable three points.

Tanzania and Swaziland will do battle in a key Group B match at the 2015 Cosafa Cup when they meet at Royal Bafokeng Sports Palace on Monday evening (19:30 CAT).

With only the winner of the pool advancing into the quarterfinals, the Taifa Stars and Sihlangu Semnikati will both feel this match could well determine which of the two establishes themselves as early favourites to claim a place in the last eight.

Tanzania – whose best showing in Cosafa Cup history is finishing fourth way back in 1997 – withdrew from the last edition of the tournament two years ago but will be looking to make a big impression in 2015.

Coach Mart Nooij has admitted that Swaziland will be tough opponents, but has targeted a win in this opening match, with the Taifa Stars hoping to dominate the group if they can get off to a strong start.

His counterpart at Sihlangu, Harris ‘Madze’ Bulunga, has similar plans and believes the opening encounter between the teams will be absolutely vital.

“As we prepare, we are focusing on all the group stage games, but the most important of all is the first match against Tanzania,” Bulunga is quoted in the Times of Swaziland.

“We must win the first game because it is imperative in our course to qualify for the quarterfinals and I believe that if we lose this one, it will be the end of our dreams to come out tops in the group. Our aim is to fight for a first place finish.”