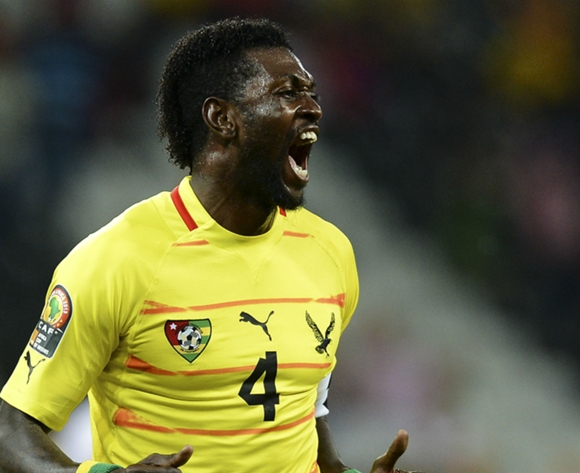 Togo and Tunisia drew 0-0 in the 2017 Africa Cup of Nations (AFCON) qualifier played at the Stade de Kégué in Lomé on Tuesday evening.

The draw leaves Tunisia and Togo placed first and second respectively on Group A standings both on seven points - with the former having a better goal-difference.

The Sparrow Hawks saw most of the ball in the opening stages of the game - with the Eagles of Carthage happy to sit back and absorb Togo's pressure.

In the 26th minute, Mohamed Ali Moncer's attempt from range missed the target as the Eagles of Carthage looked to break the deadlock.

The Eagles of Carthage's first shot on target came on the stroke of half-time and Mensah saved Mohamed Wael Larbi's effort with ease.

The Sparrow Hawks had a few shots at Tunisia keeper Aymen Mathlouthi which could not beat the experienced goal-minder in the opening stages of the second-half.

In the 70th minute, the home side had their penalty appeal turned down. Togo were desperately searching for the opening goal.

With 13 minutes left on the clock, Tunisia head coach Henryk Kasperczak pulled out midfielder Larbi for a defender Maher Hannachi

Ultimately, the match ended in a 0-0 stalemate with two teams sharing the spoils on the night.

Crystal Palace striker Emmanuel Adebayor will lead Togo's charge for 2017 African Cup of Nations qualification with the burly forward to start against Tunisia on Tuesday.

The Sparrow Hawks will be desperate to return to winning ways when they host the North Africans with three teams currently locked on six points in Group A after three rounds of fixtures.

Togo, Tunisia and Liberia have managed two wins apiece with the Lone Stars set to face Djibouti in Monrovia on the same day.

Defeated 1-0 by the Carthage Eagles in Monastir on Friday, Adebayor will return for the reverse fixture in Lomé.

The former Arsenal and Manchester City striker, who turned down his initial call-up to the national side, reconsidered his decision at the request of the countries football officials.

Adebayor's arrival comes as a timely boost for Togo who reached the quarterfinals in South Africa three years ago: their best showing at the continental showpiece - they failed to qualify for the 2015 AFCON, hosted by Equatorial Guinea.

Tunisia have qualified for the last 12 tournaments, dating back 22 years.

Gambia's Bakary Gassama will officiate the crucial clash with the winner taking a massive step in the right direction ahead of the remaining two qualifiers later this year.

The game will kick off at Stade de Kégué at 17h00 CAT.