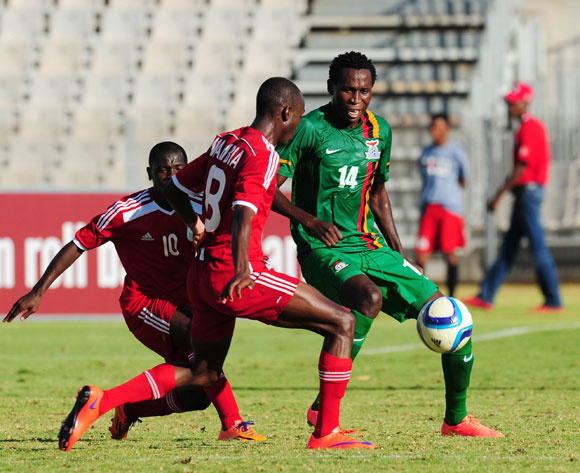 Namibia have ended Zambia’s reign as Cosafa Cup champions after claiming a 5-4 penalty shootout victory in a quarterfinal at Moruleng Stadium on Sunday.

The match ended goalless after 90 minutes before going to a shootout.

In the fifth minute Maritzburg United goalkeeper Vries pulled a brilliant save for Namibia, denying Zambia’s Mwanza an early goal.

Both teams tried to capitalise on the counter attack, but no goals managed to come through.

In the 40th minute Mulenga tried a long shot after cutting in from the left, but Vries was well alert in the goalpost.

This saw the two teams going to the half time break with no goals.

In the 75th minute, AmaZulu player Urikhob wasted a good opportunity of shooting for a goal, but his final touch was not pleasing at all.

Ndhlovu also had a chance to give Zambia a lead and possibly a winner, but his shot was too weak.

In the dying minutes of the match Vries also made a huge save, helping his teams finish with a goalless draw.

In the penalty shootout it was Hotto who scored the winning penalty for Namibia after Mbola had shoot over the crossbar.