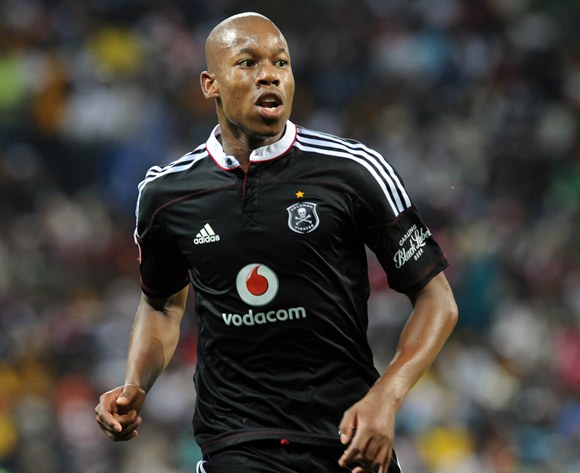 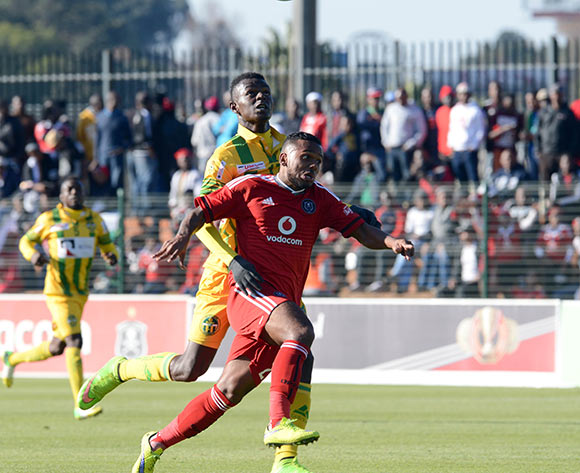 Happy Jele was the hero as Orlando Pirates secured a 1-0 win over Congolese giants AC Leopards in their CAF Confederations Cup Group B opener at the Denis Sassou Nguesso Stadium in Dolisie on Saturday.

The Buccaneers defender pounced on poor defending to net the only goal of the game just short of the hour mark.

As expected, Leopards started the game on the front foot with Jean-Patrick Abouna forcing Brighton Mhlongo into an early save, the Pirates number one doing well to guide the fullback's free-kick from the edge of the area, away from danger.

Pirates best chance of the half would fall to Lennox Bacela four minutes later - the lanky striker beat his marker, but his resulting effort was straight at the Leopards gloves man.

Mhlongo did well to send a powerful effort over his crossbar on the cusp of half-time as the two teams headed for the tunnel at the break having failed to hit the back of the net in the opening 45 minutes.

Pirates were rewarded for a more attacking approach in the 59th minute as Jele capatilized on a woeful clearance to silence the home supports.

The Beasts from Niari pushed for the equaliser with Tychique Kalema going closest to rescuing a point for the hosts in stoppage time - his shot deflected wide of goal by Issa Sarr.

Next up for Leopards is a trip to three time champions CS Sfaxien. Pirates welcome Egyptian side Zamalek on July 11.

Congo’s AC Leopards will look to kick-off Group B in the 2015 CAF Confederation Cup with a victory over Orlando Pirates at the Denis Sassou Nguesso Stadium in Dolisie on Saturday afternoon.

The Buccaneers, South Africa’s only surviving contestant in African club competition, have overcome Uganda Revenue Authority, Gabon’s CF Mounana and Guinean club AS Kaloum Star to book their place in the group stage.

They now face a tough opener in the mini-league section of the competition, travelling to play on an artificial turf in an unwelcoming part of the continent – and the Soweto side will also be without two key figures, experienced defender Rooi Mahamutsa and in-form striker Thamsanqa Gabuza, who scored three goals in the previous round against Kaloum and two for the South African national team earlier this month.

“Look, obviously we would like to have all our players available for selection so I’d be lying if I said we wouldn’t miss them but having said that we have capable players who are ready to step up and continue from where these two have left off and I suppose that is the beauty of coaching a well-balanced side,” coach Eric Tinkler told his club’s official website.

Leopards are former Confederation Cup champions, having been the first Congo side to win the competition back in 2012. They dropped out of the Champions League in the second round before defeating Nigeria’s Warri Wolves 4-3 on aggregate to book a place in the group stage of the second-tier continental tournament.

Pirates and Leopards met in the group stage of the 2013 Champions League. The teams’ first match was on 20 July 2013 at the Orlando Stadium, and it ended in a goalless draw.

The return game in Dolisie on 14 September 2013 was a different affair, with the Congo side claiming a 1-0 home win thanks to a 72nd minute goal from Dimitri Magnoleke Bissiki. However, the victory didn’t help Leopards, who finished bottom of the group, while Bucs still managed to advance and go on to end as runners-up in the tournament.

Senegal’s Malang Diedhiou will take charge of the match in Dolisie.