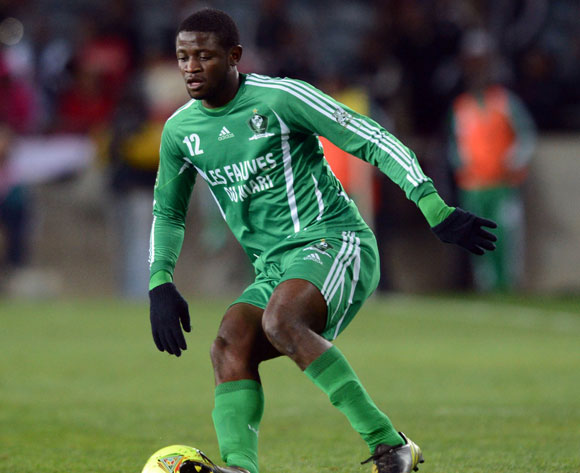 CS Sfaxien and AC Leopards both missed out on the chance to register their first win in Group B of the CAF Confederation Cup when they played to a 1-1 draw at the Taieb Mhiri Stadium on Friday night.

The result means both former Confed Cup champions were unable to make up ground on leaders Orlando Pirates and Zamalek, who will meet in Nelspruit on Saturday afternoon.

Leopards started the match strongly and had the ball in the back of the net around the 20 minute mark, only for the effort to be ruled offside.

CS Sfaxien forward Slim Mezlini then missed back-to-back chances to put the hosts ahead, with the ‘Juventus of the Arabs’ gradually exerting their influence on the game.

However, with a just few minutes left in the first half, Leopards claimed the lead. Midfielder Cesaire Gandze forced an own goal from Zied Derbali to put the Congo side 1-0 up at the break.

Leopards’ lead was short lived, though, with Sfaxien restoring parity four minutes into the second half when Ali Maaloul found the back of the net from the penalty spot to make it 1-1.

Gandze should have put the Congo side back into the lead 20 minutes later, but he was unable to beat Sfaxien goalkeeper Rami Jeridi in a one-on-one situation.

That proved to be the final notable scoring chance, with the game ending all-square and both teams moving to one point on the Group B standings.

Sfaxien’s next fixture sees them host Orlando Pirates, while Leopards will be away to Zamalek. Both matches will be played on the weekend of 24-26 July.

CS Sfaxien will welcome AC Léopards in Sfax on Friday night, in Group B of the 2015 CAF Confederation Cup.

The two sides will be seeking redemption in their second group stage outing, after falling in their continental opener.

The Tunisians were defeated 1-0 in Cairo by Zamalek, conceding a last-minute goal from substitute Abdoulaye Cissé, while the Congolese giants were stunned by Orlando Pirates with the same scoreline on their home ground of Stade Denis Sassou-Nguesso in Dolisie.

“I have to confess that Zamalek were better and I hope we will be able to make up for our loss in the coming match,” CS Sfaxien coach Paulo Duarte admitted after their loss in Egypt, with his counterpart from AC Léopards in a similar mind-set ahead of their clash.

“We need to carry on working and try to get the points somewhere else. We must remobilise and not give up,” the ‘Fauves du Niari’ boss Lamine Ndiaye warned.

“We have encountered a problem that we are going to solve. Against Sfax, it will be another match. We lost points and now we need to get some on the road.”

It will be the third continental meeting between the two sides, who had faced each other in the first round of the 2012 edition of Africa’s second-tier club competition.

AC Léopards had suffered a 1-2 defeat in Dolisie in the first leg, before qualifying for the next round with a 2-0 victory in Tunisia.