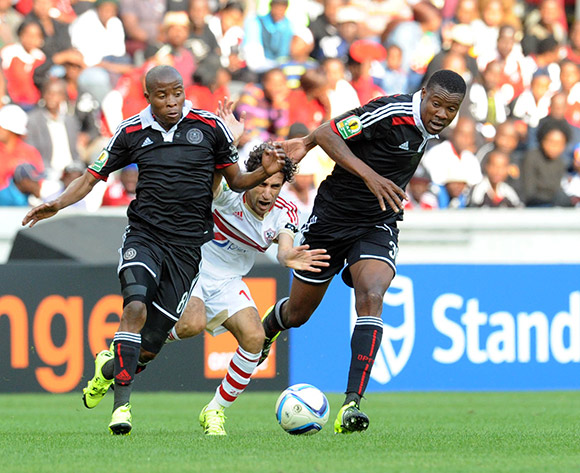 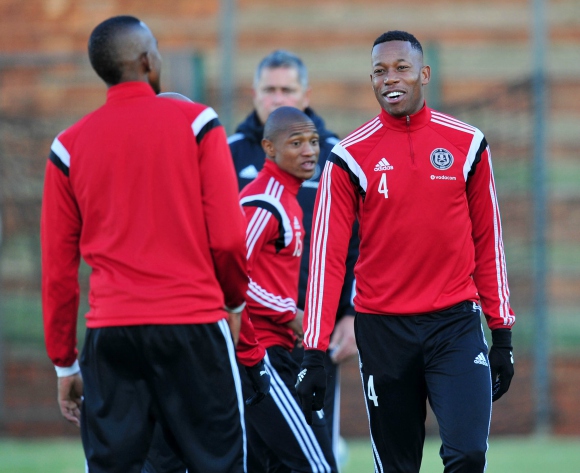 Zamalek took control of Group B in the CAF Confederation Cup with a 2-1 win over Orlando Pirates at the Mbombela Stadium in Nelspruit on Saturday afternoon.

The result sees the Egyptian giants move to six points at the top of the mini log, with the South Africans dropping to second spot on three points. CS Sfaxien and AC Leopards are tied on one point apiece after their 1-1 draw in Tunisia last night.

After a bright start from Zamalek, it was Pirates who almost claimed the opening goal as early as the third minute. Thabo Rakhale provided a low cross from the right of the box and Thamsanqa Gabuza directed a close-range shot onto the near post.

The Buccaneers looked the more fluent of the two teams in the first half, but they were unable to really test Zamalek goalkeeper Ahmed El Shenawy, who only had a couple of straightforward saves to make.

The Egyptians were restricted to counter attacking forays and long-range efforts in the first 45 minutes, none of which called young Bucs ‘keeper Brighton Mhlongo into action.

However, striker Basem Morsi had two clear chances in the early minutes of the second half, first dragging a shot wide with only Mhlongo to beat, the heading off target when found free in the box from a corner kick.

Just before the hour mark, the Soweto side had their best chance since hitting the post early on, as Issa Sarr got on the end of a great free kick delivery from Kermit Erasmus, only to put his glancing header over the top.

Just as Zamalek looked to be taking charge of the game, Pirates broke the deadlock against the run of play. Substitute Lehlohonolo Majoro scored with his first touch, slicing home Sifiso Myeni’s perfectly-weighted pass in the 68th minute.

Yet the home side’s lead was short lived. Just four minutes later Morsi teed up Maroaf Yusuf, who crashed home a fiercely-struck left-footed effort from inside the box to make it 1-1.

And in the 84th minute the White Knights deservedly claimed the lead, with substitute Mustapha Fathi, who had earlier tested Mhlongo with a fierce shot, beating the ‘keeper with a beauty of curler from his left-foot.

Pirates nearly forced an equaliser in the dying minutes, with the North Africans indebted to El Shenawy for making two world class saves to deny a long range shot from Thabo Matlaba and a goal-bound header from Majoro.

South Africa’s Orlando Pirates will look for a second successive victory in Group B of the CAF Confederation Cup when they welcome Egyptian giants Zamalek to Nelspruit on Saturday.

Kick-off at the Mbombela Stadium will be at 15h00 CAT.

The Buccaneers recorded the only away victory on matchday one of the group stage in the Confed Cup, beating former champions AC Leopards 1-0 in Dolisie, Congo.

Defender Happy Jele scored the only goal of the game in the 59th minute, handing Eric Tinkler’s side three points and a place at the top of the standings.

They are joined at the summit of the group by Zamalek, who beat CS Sfaxien of Tunisia 1-0 at home thanks to Abdoulaye Cisse’s late strike, making this Saturday match a chance for either team to break away at the head of the mini-league.

Zamalek and coach Jesualdo Ferreira come into the match having taken a major step toward securing the Egyptian Premier League title with a 3-0 win over Ismaily on Monday night, as Bassin Morsi, Ahmed Tawfik and Moruf Yusuf netted for the Cairo side.

Bucs and the White Knights met twice in the group stage of the 2013 CAF Champions League, with Pirates recording a comprehensive 4-1 home win in the teams’ first match thanks to goals from Lennox Bacela, Tlou Segolela, Sifiso Myeni and Daine Klate.

The return match in El Gouna saw the Egyptians claim a 2-1 victory, as Ahmed Eid Abdel Malik and Salah Soliman scored to ensure Zamalek claimed a measure of revenge.

However, it was Pirates who ended up advancing from the group that year, while Zamalek finished third and were eliminated. The South African team went all the way to the final, but lost 3-1 on aggregate to Zamalek’s arch rivals Al Ahly.

Seychelles referee Bernard Camille will take charge of the match in Nelspruit on Saturday.