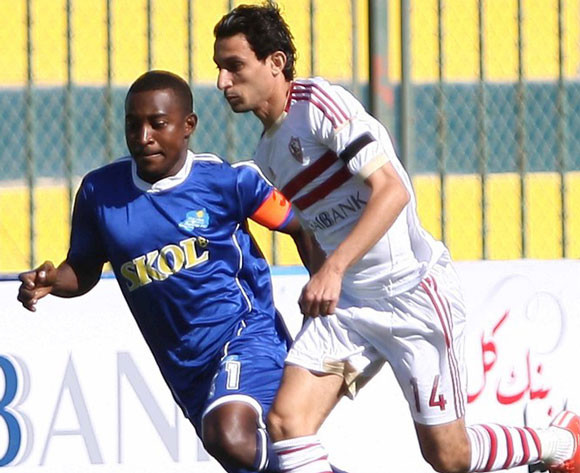 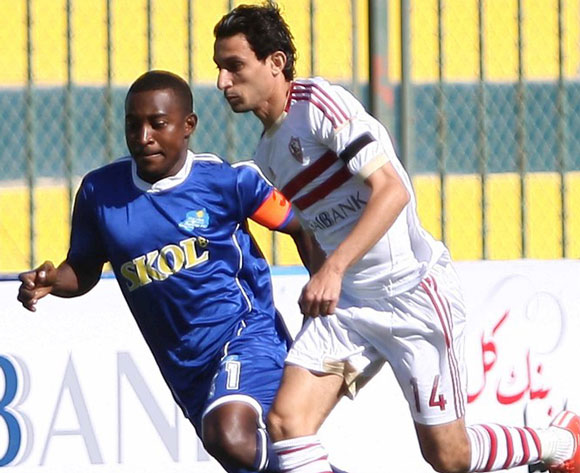 Goals from Bassem Morsi and Ayman Hefny handed Zamalek a 2-0 win over AC Leopards in a CAF Confederations Cup, Group B match at the Petro Sport Stadium on Sunday.

The win was Zamalek’s third in as many matches in Group B, after previous victories over CS Sfaxien (1-0) and Orlando Pirates (2-1), which sees them at the top of their qualifying group with nine points.

The loss for AC Leopards is their second in the Group, after previously losing to Orlando Pirates (1-0) and drawing with CS Sfaxien, which sees them on one point at the foot of the table.

Zamalek got off to a quick start with the first goal coming as early as the second minute after a clinical finish from Morsi, 1-0.

The home side doubled their lead in the 36th minute when Hefny found the back of the net with a well-struck shot, 2-0.

The second half saw Zamalek take their foot off the gas and chances on goal were at a minimum.

AC Leopards tried to get back into the game, but struggled to break down a well-organise Zamalek defence which saw the Egyptians picking up the win and place in the semifinals of the competition.

Zamalek are next in action away from home against AC Leopards on August 8.

Zamalek will play hosts to AC Léopards in Cairo on Sunday, in matchday 3 of the Confederation Cup in Group B.

The White Knights have a perfect record so far in this group stage, after defeating CS Sfaxien 1-0 on home ground and sealing a 2-1 victory over Orlando Pirates in South Africa to claim all six points.

And the Cairo giants will be looking to extend their winning run against the Congolese outfit, as a third consecutive win will see them with one foot in the semi-finals halfway through the competition.

Beaten 2-0 by domestic archenemies Al Ahly in the Egyptian Premier League on Tuesday, Zamalek remain however hot favourites to clinch their first national crown since 2004, as they only need a point from their two remaining matches, and will be eager to bounce back straight away on the continental stage.

But AC Léopards will also be desperate to get something out of the clash after bagging just one point from their first two games.

The ‘Beasts of Niari’ were stunned 0-1 by Orlando Pirates in Dolisie in their campaign opener, before holding CS Sfaxien to a 1-1 draw in Tunisia.

The two sides previously met in the group stage of the 2013 CAF Champions League, with the White Knights suffering a narrow 1-0 loss in Congo before thrashing Léopards 4-1 in El Gouna.