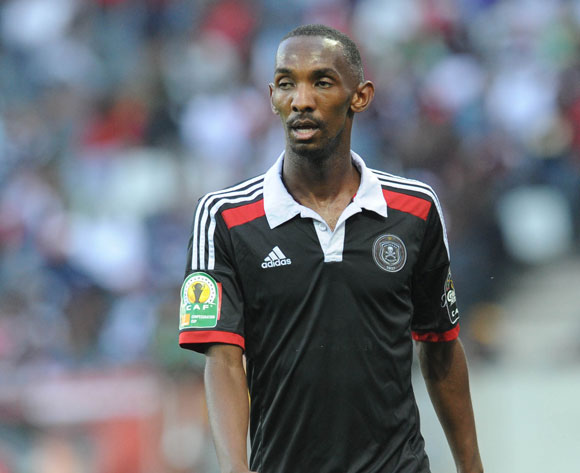 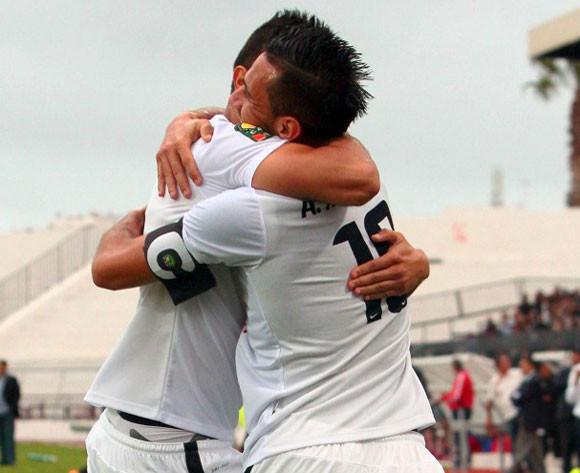 The result sees the Buccaneers strengthen their grip on second place in Group B of the continental competition, three points adrift of leaders Zamalek, who won their third successive match earlier in the day by overcoming AC Leopards.

Pirates created the first clear scoring chance in the 13th minute, sending Lehlohonolo Majoro clean through on goal, but Sfaxien goalkeeper Jeridi Rami was able to deflect the striker’s shot wide of the target.

Sfaxien dominated most of the remainder of the first half, though they were unable to really test Bucs goalkeeper Brighton Mhlongo. However, the hosts’ passing, movement and pace, as well as their threat from set pieces, made them look the likelier scorers.

Yet Bucs were unlucky not to be given a penalty in the 38th minute, as Sifiso Myeni was cut down with the goal at his mercy from Majoro’s square pass. Sfaxien defender Saidani Wajdni was the guilty party, but the referee waved away Pirates’ appeals.

At the very least the visitors should have been granted a penalty, while the denial of a clear scoring chance from Wajdni should have seen him sent off. In the end, neither event occurred and the half ended goalless.

The second half had barely started when Pirates stunned the home crowd with the opening goal. Winger Thabo Rakhale found himself free down the right and threatened a cross for a teammate, before suddenly chipping the advancing goalkeeper with a brilliant effort that looped just inside the far post.

Sfaxien struggled to create clear scoring chances, though the visitors did need Mhlongo to make two good saves in quick succession with about 10 minutes of regulation time to play, while at the other end Rami denied substitute Kermit Erasmus from a chance that should have killed off the game.

Pirates were able to hold out in the dying minutes and secure three points, while Sfaxien’s defeat leaves them with just one point from three matches. The return fixture between the teams will be held at Orlando Stadium in Soweto in a fortnight’s time.

Three-time CAF Confederation Cup champions CS Sfaxien will look to revive their Group B campaign in the competition when they host Orlando Pirates in a must-win encounter on Sunday night.

The Tunisian and South African giants will meet at the Taieb Mhiri Stadium in Sfax on July 26, kick-off at 21h30 CAT.

Sfaxien find themselves at the bottom of the mini log with just one point to their name after a 1-0 loss away to Zamalek in their opener, followed by a 1-1 draw at home to AC Leopards in their last Confed Cup outing.

Pirates, meanwhile, are placed second on three points after a 1-0 win away to Leopards was followed by a 2-1 home loss against the White Knights.

The teams will be meeting again in African competition for the first time in nearly a decade: Sfaxien defeated the Buccaneers 1-0 on aggregate over two legs in the semifinals of the 2006 Champions League.

Bucs coach Eric Tinkler has called on his team to put in a strong performance away in Tunisia to make up for their home loss against Zamalek.

"It's important now that we go to CS Sfaxien and try and collect points there because it's always been important for us to want to collect the points at home, and we obviously failed to do that [against Zamalek],” said Tinkler.

The Tunisians come into the game under something of a cloud, with Portuguese coach Paulo Duarte under pressure after supporters called for him to be fired, while key players such as Mohamed Ali Moncer and Yassine Khenissi are reportedly unsettled at the club.

Duarte has also accused club officials of failing to sign and register new players for their Confed Cup campaign, leaving them short of numbers at a key stage of the competition.

“Needless to return to the difficult moment, we are going through with a very limited staff of only fourteen players. We are waiting for reinforcements if we want to go very far in a very demanding African competition,” Duarte said after the draw with Leopards.

Madagascar referee Hamada Nampiandraza will take charge of the match in Sfax. The teams will meet in the return game in South Africa on the weekend of 7-9 August.