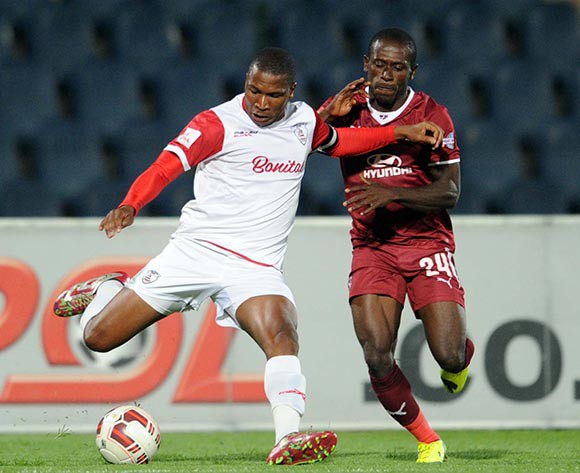 Welcome to the live play-by-play for the ABSA Premiership 2015/16 match between Free State Stars and Black Aces at Goble Park.

46' The second half is underway
51' Mrisho Ngassa (Free State Stars) is cautioned.

Welcome to the live play-by-play for the ABSA Premiership 2015/16 match between Free State Stars and Black Aces at Goble Park.

Free State Stars and Black Aces will begin the 2015/16 Absa Premiership season in the same way they began the last: facing off at Goble Park. The teams will meet on Saturday, 8 August 2015, kick-off at 15h00.

Stars ended last season in ninth place, with 38 points from their 30 matches.

The Free State side ended the campaign strongly, claiming 16 points from the last 18 up for grabs.

Aces finished in 10th place last season, with 34 points from their 30 matches.

The Mpumalanga side put together a six-match unbeaten run to end the season, though five of those results were draws.

In head-to-head stats, Stars and Aces have met in 31 league matches since 1986.

Ea Lla Koto have claimed 11 wins compared to seven for AmaZayoni, while 13 matches have been drawn.

Stars have won six of their 16 home matches against Aces, suffering just three defeats in the process.

The teams’ two league fixtures last season both ended in 2-2 draws. The second match took place at Goble Park on the last day of the 2014/15 campaign.

The Free State side has not claimed a league victory against their Mpumalanga counterparts since the first half of the 2010/11 season.