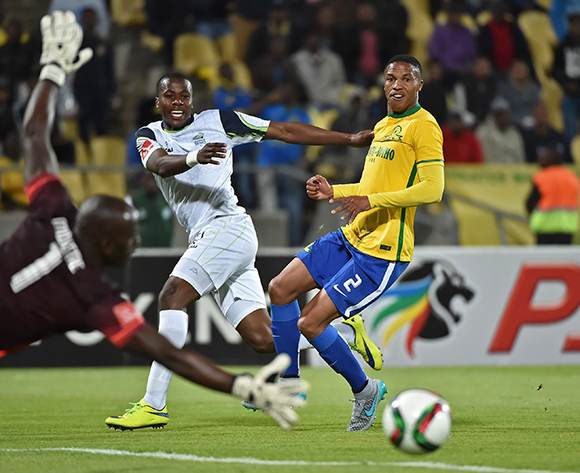 Welcome to the live play-by-play for the ABSA Premiership 2015/16 match between Platinum Stars and Mamelodi Sundowns at Royal Bafokeng Stadium.

1' The match is underway!
14' Masibusane Zongo (Platinum Stars ) is cautioned.

Welcome to the live play-by-play for the ABSA Premiership 2015/16 match between Platinum Stars and Mamelodi Sundowns at Royal Bafokeng Stadium.

Mamelodi Sundowns and Platinum Stars started their Absa Premiership season by sharing a point each as they played to a goalless draw at the Royal Bafokeng Stadium on Saturday night.

Mamelodi Sundowns started the match on a high note, creating pressure on Stars, but they just couldn’t convert.

Going to the half hour mark Platinum Stars started getting into the game and it was Masibusane Zongo who displayed entertaining football for his side.

In the 39th minute Bongi Ntuli almost found a lead for Stars but his ground shot missed the target just inches away.

In the dying minutes of the first half, Sundowns came back hard on Stars as they were attacking in numbers.

In the second half it was Stars that started on a high note, dominating the match as they kept Sundowns on their toes.

In the 57th minute ‘Downs caught a wake up and started attacking again, but Platinum Stars goalkeeper Mbongeni Mzimela was well alert.

Khama Billiat also tried his luck, pulling a shot to Mzimela’s first pole but the KZN keeper took a dive and made a stop.

Abduol Razak, who had not found his break yet in this match, attempted with a header but it went over the crossbar.

In the additional minutes Sundowns came close to stealing the full points, but Mzimela made a brilliant save to ensure that both teams claimed a point each.