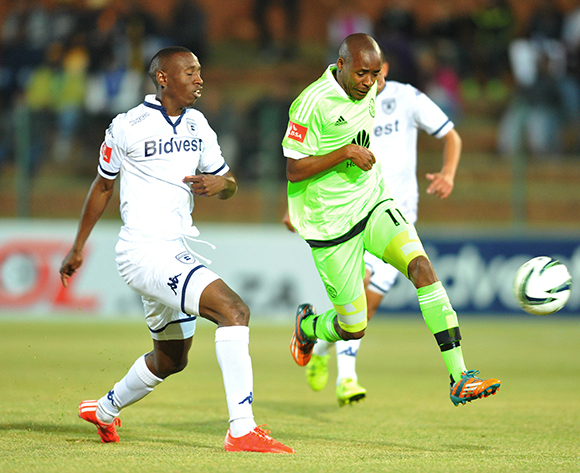 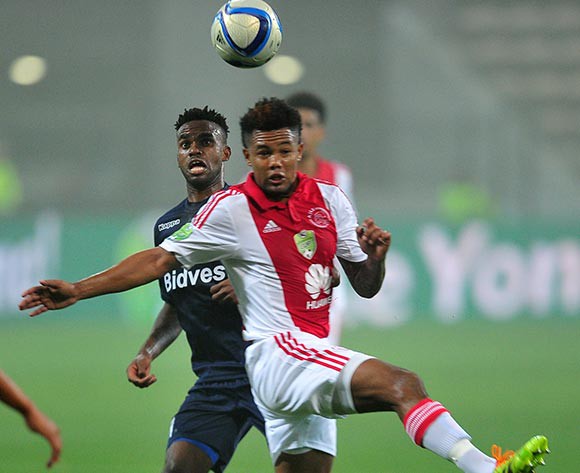 Welcome to the live play-by-play for the ABSA Premiership 2015/16 match between Bidvest Wits and Ajax Cape Town at Bidvest Stadium.

46' The second half is underway
52' Jabulani Shongwe (Bidvest Wits) is cautioned.

Welcome to the live play-by-play for the ABSA Premiership 2015/16 match between Bidvest Wits and Ajax Cape Town at Bidvest Stadium.

Students too clever for Ajax

Goals by Sibusiso Vilakazi and Elias Pelembe were enough to hand Bidvest Wits three points as they defeated Ajax Cape Town 2-1 at Bidvest Wits Stadium on Saturday night in the Absa Premiership.

Although the hosts netted first through their in-form playmaker in Sibusiso Vilakazi, the Urban Warriors managed to pull one back through defender Abbubaker Mobara, but it was ex- Mamelodi Sundowns winger Elias Pelembe who killed off the match.

In the opening minutes, both sides failed to create clear-cut scoring chances, but it was Gavin Hunt’s men who received a free-kick after an unfair challenge on Vilakazi by Mobara. Daine Klate crossed the ball in from the free kick resulting in the Bafana international finding the opener with a right-foot finish as early as the 11th minute.

In the 17th minute, Phumlani Ntshangase gave away a free kick for an unfair challenge on Toriq Losper and he saw his name written in the referee’s book as he was cautioned for unsporting behaviour.

It took Roger De Sa’s men 26 minutes to find an equaliser through Mobara when he finished with his left foot, beating goalkeeper Moeneeb Josephs.

Both sides went to the tunnel held at 1-1 and the second half began on a high note as Hunt took off the goal scorer for Calvin Kadi and opportunities were scarce, prompting spectators to witness a defensive encounter.

The second stanza was dominated by fouls and as time was running out, both sides were seemingly comfortable in settling for a point, however, the Joburg-based side showed hunger in search of the second strike.

With no breath-taking action happening from the second half until the 76th minute, the hosts managed to grab the lead through ‘Domingues’ when substitute Phakamani Mahlambi beat three men before finding Pelembe, who tucked his effort low past Anssi Jaakkola.

In their efforts to find an equaliser, the Capetonians tried everything but it was in vain when Franklin Cale's effort hit the woodwork as Hunt’s men grabbed the full three points.

Bidvest Wits and Ajax Cape Town will both aim to get their 2015/16 Absa Premiership season off to a winning start when they meet at Bidvest Stadium. The match is scheduled for Saturday, 8 August 2015, kick-off at 20h15.

Wits ended last season in third place, with 52 points from their 30 matches.

The Johannesburg side lost just one of their final seven matches of the campaign, and ended with successive wins over champions Kaizer Chiefs and Platinum Stars.

The Cape Town side ended the campaign with two losses, two wins and a draw from their final five matches.

The record is dead-even, with 10 wins each, while 10 matches have been drawn. The Clever Boys have scored four more goals (31 to 27).

Wits have won six of their 15 home matches against Ajax, suffering three defeats in the process.

Last season the Urban Warriors won 3-1 in Cape Town, while the return match in Johannesburg saw the Clever Boys claim a 4-2 home victory.

The host side has emerged victorious in these teams’ last four successive league matches.