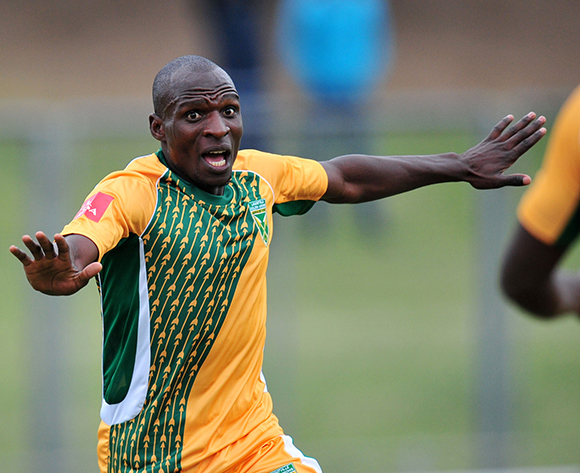 Rodney Ramagalela of Golden Arrows celebrates his goal during the Absa Premiership 2015/16 match between Golden Arrows and University of Pretoria at Chatsworth Stadium in Chatsworth, South Africa on August 09, 2015 ©Muzi Ntombela/BackpagePix 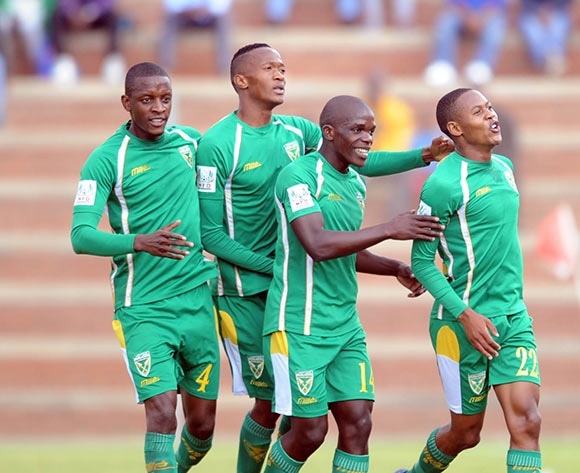 Welcome to the live play-by-play for the ABSA Premiership 2015/16 match between Golden Arrows and University of Pretoria at Chatsworth Stadium.

1' The match is underway!
23' Maximilian Mbaeva (Golden Arrows) is sent off.

46' The second half is underway
60' University of Pretoria: Sphamandla Dlamini replaces Lucky Mathosi

Welcome to the live play-by-play for the ABSA Premiership 2015/16 match between Golden Arrows and University of Pretoria at Chatsworth Stadium.

A goal in the dying minutes of the first half by Rodney Ramagalela ensured that the KwaZulu-Natal side made their PSL return a good one on Sunday at the Chatsworth Stadium as they beat the University of Pretoria 1-0.

Despite being a man down Arrows proved to be mentally fit as they maintained their lead till the end of the match.

Mabhudi Khenyeza was the first to make an attempt towards the Tuks goalpost, but his shot missed the target.

Former Orlando Pirates player Luyanda Bacela also tried to score his first goal of the season, but his shot was saved by Arrows keeper Maximilian Mbaevu.

In the 23rd minute Arrows goalkeeper Maximilian committed a foul on Thabiso Nkoana which saw him being sent to the stands.

This saw Arrows coach thinking on his feet as he brought goalkeeper Philani Zikalala in and sacrificed Sibusiso Sibeko.

In the 36 minute Rodney Ramagalela searched for an opener, but his shot missed the target to the right.

Ramagalela did not give up on searching for a goal and this time with an assist from Mwape Musonda he found the back of the net and gave Arrows a 1-0 lead.

In the dying minutes of the first half Trevor Mathiane tried to find an equalizer, but his shot missed the target.

In the second half Arrows continued with the attack as Mathosi’s shot was saved by the Tuks goalkeeper.

Tumelo Letuka also came close to doubling the score for Arrows, but his shot missed the target.

Although Arrows were one player short, they kept position and maintained their lead.

In the last ten minutes Vukile Mngqibisa had a great opportunity to give Tuks an equalizer but he missed the target.

In the 86 minute Letuka tried his luck once again, but missed the target and this saw Arrows clinching a 1-0 victory at home and collecting their first three points.

Golden Arrows will mark their return to Absa Premiership football when they welcome University of Pretoria to the Chatsworth Stadium. The match is scheduled for Sunday, 9 August 2015, kick-off at 15h00.

Arrows won the National First Division last season, recording 60 points from 30 matches to earn promotion back to the top flight.

The Durban side went undefeated in their last 16 league matches of the season, with their most recent defeat a 5-1 loss to Cape Town All Stars in December 2014.

University of Pretoria ended last season in 13th place, with 32 points from 30 matches.

The Tshwane side failed to win any of their last nine matches of the campaign, claiming just three points from 27 available.

In head-to-head stats, Arrows and Tuks have met in four top flight league matches since 2012/13.

AmaTuks have claimed three wins compared to one for Abafana Bes’thende, while no matches have ended in draws.

Arrows have lost both of their two previous home league matches against the University-based side.

Only one of the four league matches between the teams has seen a home side claim all three points.