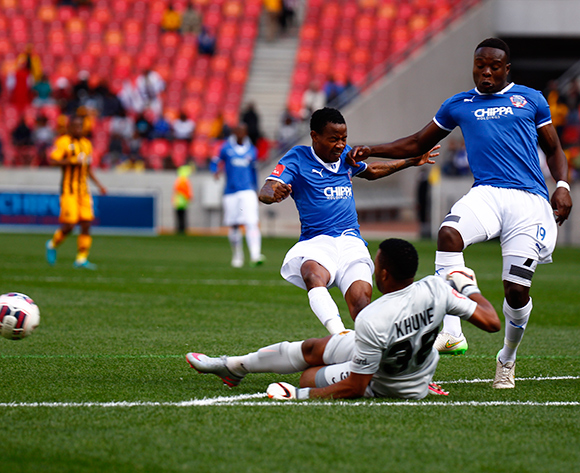 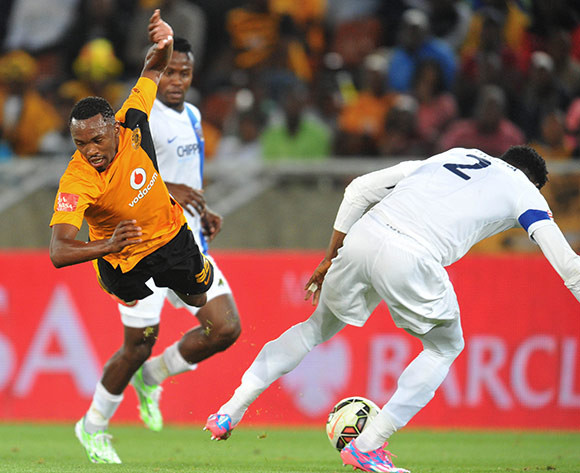 Welcome to the live play-by-play for the ABSA Premiership 2015/16 match between Chippa United and Kaizer Chiefs at Nelson Mandela Bay Stadium.

1' The match is underway!
7' Mayambela's acrobatic kick goes out of play from the resultant corner
8' Great counter attack by Chiefs and Zulu gets a chance to score but the ball is cleared away before he shoots
11' Thabang Thopola challenges Willard Katsande unfairly and gives away a free kick. Free kick taken by Siphiwe Tshabalala.
15' 15' Chippa 0-0 Chiefs
22' Molangoane puts the ball in the back of the net but he was already ruled offside
23' Joseph Malongoane (Chippa United) is cautioned.

30' Chiefs receive two corners.....Cloete makes a clearance. Shabba takes another one and Hawes punches the ball. 0-0 the score remains
37' We're into the last 10 minutes of the first half and the score remains locked at 0-0
39' Joseph Malongoane (Chippa United) is sent off.

39' Molangoane is sent off after getting a second yellow card for a late tackle on Letsholonyane
45' The referee brings the first half to an end in Port Elizabeth, Chippa 0-0 Chiefs

46' The second half is underway
47' Tsepo Masilela (Kaizer Chiefs) is cautioned.

85' Chippa with a chance to score but Khune does well to come out off his line and make a save
89' Kaizer Chiefs: George Maluleka replaces Reneilwe Letsholonyane

Welcome to the live play-by-play for the ABSA Premiership 2015/16 match between Chippa United and Kaizer Chiefs at Nelson Mandela Bay Stadium.

Chippa United saw their 2015/16 Absa Premiership campaign off to a goalless draw against Kaizer Chiefs at the Nelson Mandela Bay Stadium on Sunday afternoon.

Both sides have to fight for a win in their upcoming matches where United will face Orlando Pirates away whilst Chiefs are scheduled to face Kinnah Phiri’s Free State Stars.

The hosts tried to trouble Itumeleng Khune as Mark Mayambela's acrobatic kick went out of play after a corner as early as the seventh minute.

In retaliation, the defending champions managed to get in the Chilli Boys final third but ex-Chippa man David Zulu saw his effort blocked before unleashing a shot.

In the 22nd minute, Joseph Molangoane broke the deadlock as he beat Khune, however, his strike was ruled offside.

The second stanza began with both sides having failed to break the deadlock and none of the teams managed to produce any clear cut chances.

Tshabalala came close in the 54th minute when he struck the crossbar with a fierce 20-yard shot.

With time running against both sides, Parker delivered a great cross but Shaba’s header went wide off Hawes’ posts signalling a dull stalemate.

In the last five minutes, the hosts had a chance to find their first goal of the season, but Khune was in an uncompromising form to come off his line and make a save.

Parker tried to get something out of the match as he packed a shot, however, he failed to hit the target and saw the ball straight into the side netting.

Chiefs open the defence of their title

Kaizer Chiefs will begin their defence of their Absa Premiership title when they face Chippa United at Nelson Mandela Bay Stadium. The match is scheduled for Sunday, 9 August 2015, kick-off at 15h00.

Chippa finished last season in 14th place, with 30 points from as many matches. They finished above Moroka Swallows only on goal difference.

The Eastern Cape side won six of their first 12 matches in 2014/15, but then won just once more in their remaining 18 fixtures.

Chiefs romped to the top flight championship last season, picking up a record 69 points from 30 matches.

They lost just three matches all season (after recording a 19-match unbeaten streak) and conceded only 14 goals along the way.

In head-to-head stats, Chippa and Chiefs have met in four league matches since 2012/13.

The Amakhosi boast a 100 percent record in the sequence, with four wins from as many matches.

Chippa’s two previous home matches against Chiefs have both ended in 2-0 defeats.

Last season the Amakhosi beat Chippa 1-0 at home in the first half of the campaign, before ending their 2014/15 work with a 2-0 victory at the very same venue this match will be played at.

Of the seven different players who have scored against the Chilli Boys, only two (Parker and Katsande) remain on Chiefs’ books.

Khune is the best SA goalkeeper of his generation