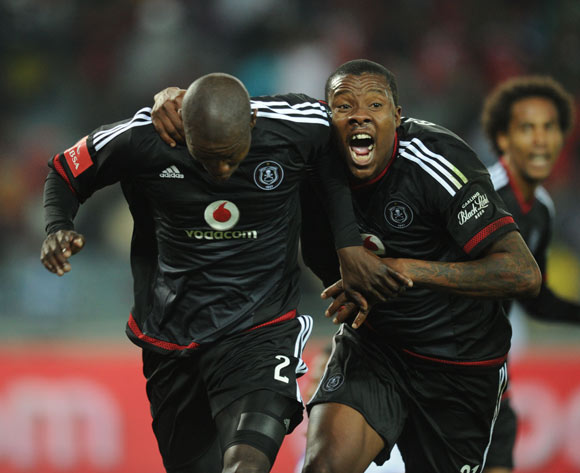 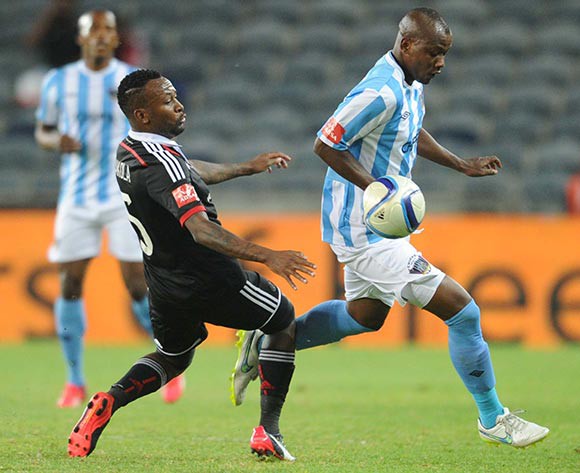 Welcome to the live play-by-play for the ABSA Premiership 2015/16 match between Orlando Pirates and Chippa United at Orlando Stadium.

1' The match is underway!
30' Ugonna Uzochukwu (Chippa United) is cautioned.

Welcome to the live play-by-play for the ABSA Premiership 2015/16 match between Orlando Pirates and Chippa United at Orlando Stadium.

Orlando Pirates opened their points account in the new Absa Premiership season with a 4-1 win over Chippa United at Orlando Stadium on Tuesday night.

The Buccaneers claimed the victory thanks to second-half goals from Ayanda Gcaba, Kermit Erasmus and Mpho Makola, securing their first domestic victory of the 2015/16 campaign after losses in both their MTN8 quarterfinal and opening league match earlier in the month.

Pirates dominated from the start and had two goals ruled out for offside calls, with Issa Sarr and Siyabonga Sangweni denied in the 15th and 48th minutes respectively.

However, the Soweto club’s frustrations were soon a thing of the past, with an unmarked Ayanda Gcaba scoring with a well-placed header from Sifiso Myeni’s corner kick in the 54th minute.

Chippa’s hopes of coming back into the game were dealt a major blow in the 66th minute when midfielder Ugonna Uzochukwu picked up his second yellow card and was sent off – the Eastern Cape side also had a red card in their league opener against Kaizer Chiefs earlier in the month.

On 69 minutes Pirates doubled their lead, with Kermit Erasmus seeing his point-blank header well saved by Hawes, before forcing an own goal from a combination of the ‘keeper and defender Nkosinathi Mthiyane. The Bucs forward was officially credited with the goal, but this will surely be amended in due course.

Despite being two goals and a man down, the Chilli Boys summoned up some fight and put together a strong passage of play. They were rewarded in the 75th minute when midfielder Buyani Sali scored with a low shot to halve the deficit.

Yet Chippa’s efforts were in vain and there was to be no nervous finish for the hosts, as substitute Mpho Makola scored two beautiful goals – both from outside the box – in the 85th and 93rd minutes to put Pirates 4-1 up and secure their first league points of the season.

Orlando Pirates will chase their first domestic victory of the new season when they welcome Chippa United to the Orlando Stadium for an Absa Premiership match. Kick-off on 18 August 2015 will be at 19h30.

The Buccaneers are placed 15th on the Absa Premiership log with zero points from one match.

Chippa opened their 2015/16 league campaign with a goalless draw at home to Kaizer Chiefs on August 9.

The Chilli Boys are placed sixth on the Absa Premiership log with one point from one match.

In head-to-head stats, Pirates and Chippa have met in four league matches since the 2012/13 season.

The Chilli Boys have claimed two victories from the sequence compared to just one for the Buccaneers.

Pirates have recorded one win and one loss from their two previous home matches against Chippa.

Last season the Chilli Boys won 1-0 in the Eastern Cape, but Bucs claimed revenge with a 2-0 victory in the return game in Soweto.

The teams’ four league matches have produced a total of just four goals.