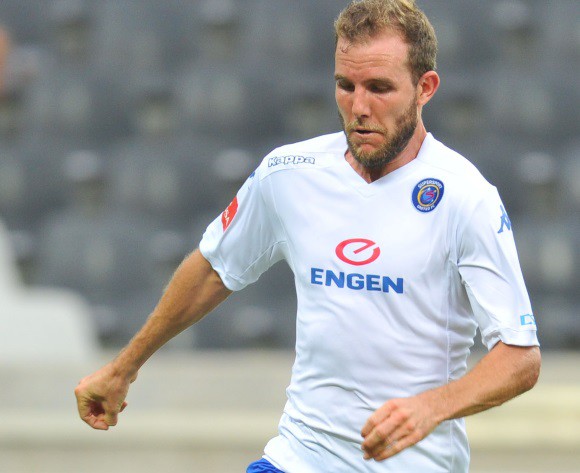 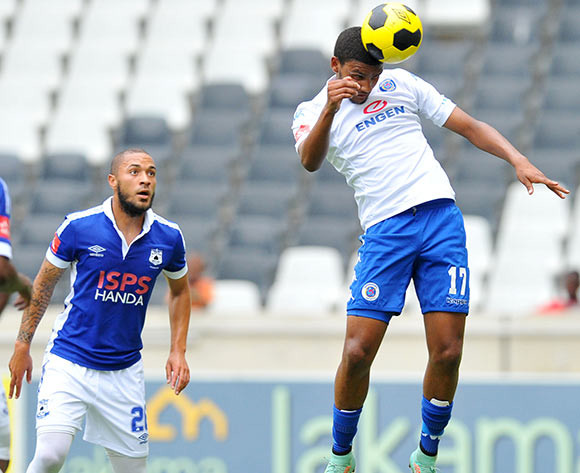 Morne Nel of Supersport United during the Absa Premiership 2014/15 football match between Black Aces and Supersport United at the Mbombela Stadium in Nelspruit, South Africa on February 14, 2014 ©Samuel Shivambu/BackpagePix

Welcome to the live play-by-play for the ABSA Premiership 2015/16 match between Black Aces and SuperSport Utd at Mbombela Stadium.

46' The second half is underway
61' Bongani Khumalo (SuperSport Utd) is cautioned.

Welcome to the live play-by-play for the ABSA Premiership 2015/16 match between Black Aces and SuperSport Utd at Mbombela Stadium.

Aces, United settle for a 1-1 draw

A first-half goal by Bhongolethu Jayiya and second-half strike by Jeremy Brockie ensured Mpumalanga Black Aces and SuperSport United settled for a 1-1 draw at Mbombela Stadium on Saturday evening.

As early as the third minute, debutant Dean Furman earned Gordon Igesund’s men their first free kick which was headed harmlessly over, not troubling Jackson Mabokgwane.

Four minutes later, Tshidiso Tukane had the crowd behind him as he cut through United’s defenders, however, his left-footed shot ballooned over Ronwen Williams’ posts.

Although both sides made strides to create chances, it was the hosts who found the back of the net through Jayiya in the 36th minute as he connected a pass from Tukane to hand AmaZayoni the lead.

Both sides went to the interval with Ertugral’s men in the lead, however, in the second stanza Collins Mbesuma beat the offside trap and had a one-on-one with Williams but the net minder produced a terrific save to deny the Zambian.

In search of an equaliser, Dove Wome managed to break loose and found himself free to face Mabokgwane, but he failed to find the back of the net, with the keeper making a great save.

It took the visitors 68 minutes to find the net when Wome's neat chip into the box met Brockie, who made no mistake from close range to head the ball home and beat the Bafana Bafana keeper.

In the last 10 minutes, Amatsantsantsa A Pitori continued to probe for a winner through Wome, but his effort went over the bar, failing to produce a save from Williams.

With five minutes remaining, defender Michael Boxall saw his header travel over the bar as he tried to bag a win for the Tshwane giants, and in the final three minutes, Brockie tried to complete his brace but missed the target as both sides shared the spoils.

The draw left the hosts placed at position two behind Mamelodi Sundowns and the visitors sitting at number three on the Absa Premiership log standings, all of them on four points.

Black Aces and SuperSport United will both be targeting a second successive victory at the start of the Absa Premiership season when they meet at Mbombela Stadium on 22 August 2015. Kick-off at 18h00.

AmaZayoni are placed third on the Absa Premiership log with three points from one match.

Matsatsantsa are placed fifth on the Absa Premiership log with three points from one match.

In head-to-head stats, Aces and SuperSport have met in 20 league matches since 1990.

AmaZayoni have nine wins compared to six for Matsatsantsa, while five matches have been drawn.

Aces have won four of their 10 home matches against United, suffering two defeats in the process.

Last season AmaZayoni claimed a 2-1 away win in the first half of the campaign, but Matsatsantsa took revenge with a 1-0 win in Mpumalanga in the return fixture.

The teams have played to just two draws in their last 10 league matches.