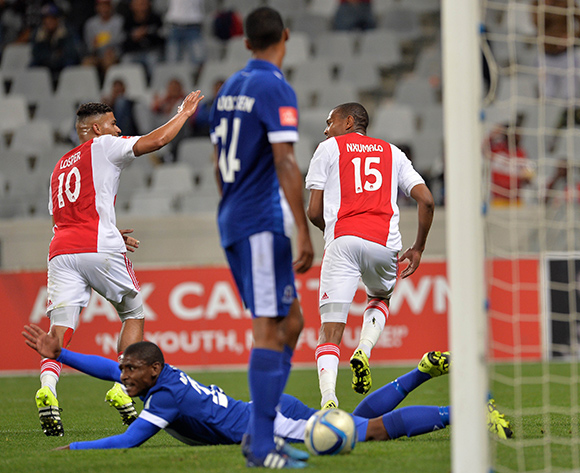 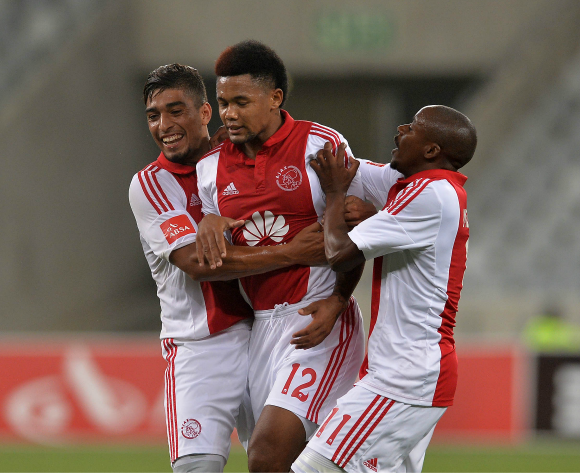 Welcome to the live play-by-play for the ABSA Premiership 2015/16 match between Ajax Cape Town and Maritzburg Utd. at Cape Town Stadium.

Welcome to the live play-by-play for the ABSA Premiership 2015/16 match between Ajax Cape Town and Maritzburg Utd. at Cape Town Stadium.

Ajax Cape Town sealed a come-from-behind 3-1 win over Maritzburg United in an Absa Premiership encounter at the Cape Town Stadium on Saturday evening.

The visitors opened the scoring through defender Thamsanqa Teyise to head into the interval a goal to the good.

Prince Nxumalo completed the hosts’ comeback with a second-half brace before Nathan Paulse made sure of the result with a 90th minute header.

Boosted by inclusion of Zimbabwe marksman Evans Rusike, it was the visitors who made the brighter start.

With no notable attempts on goal in the early exchanges, Maritzburg opened the scoring with 21 minutes on the clock.

On-loan from SuperSport United, Teyise is eager to prove a point and made a step in the right direction with a powerful header from namesake Thamsanqa Mkhize's pin-point corner-kick.

Good defending by Ajax centre back pairing Abbubaker Mobara and Rivaldo Coetzee either side of the break kept the hosts in the game before Nxumalo's equaliser - the forward punishing the Team of Choice, who failed to clear their lines

Ajax Cape Town and Maritzburg United will both target their first wins in the new Absa Premiership season when they meet at Cape Town Stadium on 22 August 2015. Kick-off at 20h15.

The Urban Warriors are placed 13th on the Absa Premiership log with zero points from one match.

Maritzburg began their 2015/16 league campaign by being held to a goalless draw by Jomo Cosmos at home on August 10.

The Team of Choice is placed 10th on the Absa Premiership log with one point from one match.

In head-to-head stats, Ajax and Maritzburg have met in 18 league matches since 2005/06.

Each side has claimed six wins over the other, while six matches have been drawn. The Urban Warriors have a very slight edge on goals scored: 21 to 20.

Ajax boast an unbeaten record in home league matches against United, with four wins and five draws from nine encounters in Cape Town.

Last season the Team of Choice took four points off the Urban Warriors, drawing 0-0 in the Mother City before winning 1-0 in the return game in KwaZulu-Natal.

The teams have played to four draws in their last nine league matches, having recorded just two stalemates in their first nine.