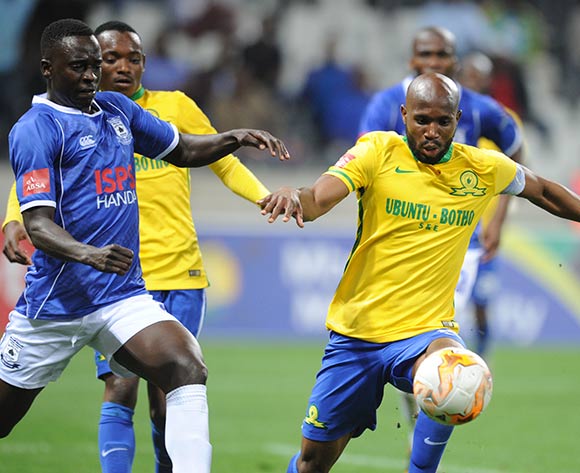 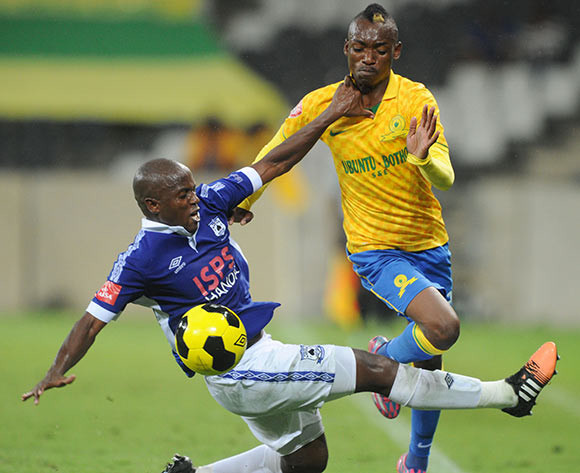 Welcome to the live play-by-play for the ABSA Premiership 2015/16 match between Black Aces and Mamelodi Sundowns at Mbombela Stadium.

1' The match is underway!
23' Bongani Zungu (Mamelodi Sundowns) is cautioned.

Welcome to the live play-by-play for the ABSA Premiership 2015/16 match between Black Aces and Mamelodi Sundowns at Mbombela Stadium.

Mpumalanga Black Aces played the entire second-half with 10-men, but did enough to beat Mamelodi Sundowns 1-0 in an Absa Premiership clash at the Mbombela Stadium in Nelspruit on Tuesday evening.

Zamuxolo Ngalo handed AmaZayoni the lead, but the hosts were dealt a blow soon after with Jackson Mabokgwane receiving his marching orders for a cynical challenge outside the area.

Aces though managed to hold on despite continuous pressure from the Brazilians and as a result climb to the top of the table.

Both teams had chances early on with Aubrey Ngoma shooting wide for the hosts before Thabo Nthethe saw his header from close range fail to hit the target.

Teko Modise picked out the former Bloemfontein Celtic skipper at the back post, having peeled away from his marker, Nthethe would've been disappointed to see his attempt float wide on 12 minutes.

Nthethe had another chance just after the half-hour mark, latching onto a free-kick by Modise - with Mabokgwane stranded the Bafana Bafana stopper was lucky to see the ball fly wide.

Having seen the Brazilians go close through a succession of set-pieces, Aces opened the scoring through a corner-kick of their own. Aces skipper Ngalo got in at the near post before nodding Tshidiso Tukane's cross past Kennedy Mweene who had no chance.

Seemingly in control with the interval looming, Mabokgwane opened the door for Sundowns after he brought down Cuthbert Malajila outside the area - the referee left with no choice but to brandish the red card.

Substitute goalkeeper Shu-aib Walters had to be on his toes from the onset with the former Maritzburg number one keeping out Modise's free-kick to send the hosts into the break 1-0 up.

Walters was called into action once again just before the hour mark - this time the Aces gloveman did well to save at Billiat's feet after the the Zimbabwean skipped past a couple of Aces defenders.

Aces should've doubled their advantage through Tukane on 81 minutes. With 'Downs swarming forward, the hosts countered through Lebogang Manyama.

The on-loan attacker put it on a plate for his teammate, but Mweene kept a cool head to pull off a wonderful save.

Sundowns aimed to captalize on the lifeline handed to them by the Zambian stopper through Nthethe who had another chance late on, but Walters was up to the task as Aces claimed a memorable scalp.

Black Aces and Mamelodi Sundowns will both look to continue their strong starts to the Absa Premiership season when they meet at Mbombela Stadium on 25 August 2015. Kick-off at 19h30.

Aces played to a 1-1 draw at home to SuperSport United on August 22.

The Mpumalanga side’s first result of the season was a 1-0 away win over Free State Stars.

AmaZayoni are placed third on the Absa Premiership log with four points from two matches.

Sundowns claimed their first win of the season when they defeated Bidvest Wits 4-2 on August 22.

The Pretoria side’s previous away game was a goalless draw at Platinum Stars on the opening weekend of the season.

The Brazilians are placed second on the Absa Premiership log with four points from two matches.

In head-to-head stats, Aces and Sundowns have met in 33 league matches since 1985.

The Brazilians have 23 wins compared to five for AmaZayoni, while five matches have been drawn.

Aces have won three of their 16 home matches against Sundowns, suffering nine defeats in the process.

Last season the teams played to a goalless draw in their first match in Tshwane, before sharing the spoils at 1-1 in the return game in Mpumalanga.

AmaZayoni have beaten the Brazilians just once in the PSL era (1996/97 onwards).