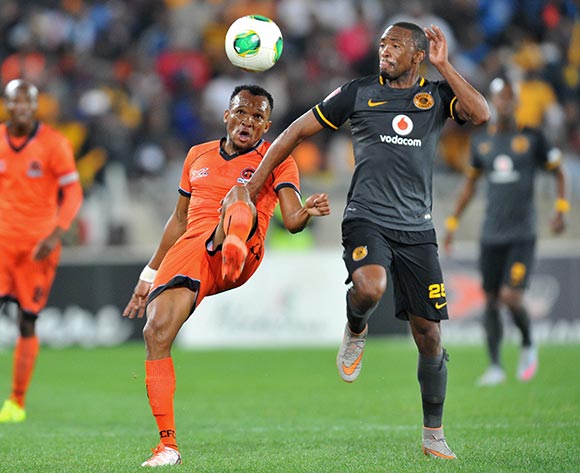 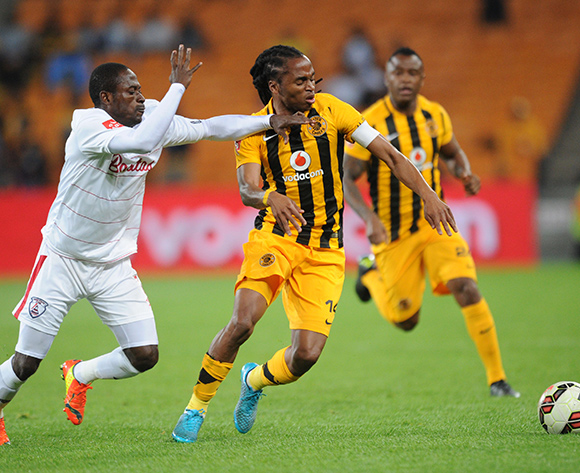 Welcome to the live play-by-play for the ABSA Premiership 2015/16 match between Polokwane City and Kaizer Chiefs at Peter Mokaba Stadium.

1' The match is underway!
3' Chiefs attacking, make a cross from the right but Konopi collects with ease.
6' Masilela unleashes a long range shot but it's wide off the target, City on the back foot as their movement in Chiefs half is intercepted on the edge of the box.
9' City making great moves in the middle of the park exchanging good passes but fail to penetrate Chiefs defense.
10' Tshabalala's first touch lets him down inside the box with only the keeper to beat, City clears the danger.
12' Lebese beats two men but failed to release the ball on time and Tema clears. A shot by Ndou from the left goes to Khune's hands.....
15' The game is balanced for now as both sides are trying to find an early goal with both keepers busy and alert.
17' Great free-kick by the visitors into the box but City defence reads the move and clears
19' Nyadombo fouls Parker but they fail to capitalise on the set piece....
20' Shabba takes his trademark shot but it's deflected for a corner. We're in the 20th minute in Peter Mokaba Stadium and no goals yet between Amakhosi and Rise and Shine.
23' Chiefs start from the back with Khune involved trying to frustrate the hosts.
25' City show wisdom and penetrate Chiefs' defence with a clever free kick but it's defended for a corner.
28' Katsande fouls Tlolane and commits a free-kick, Maluleke takes it but Shabba clears. Mthembu commits a foul on Mbonani as he made a run to find a goal.
30' Chiefs and City still locked at 0-0 despite entertaining brand of football by both sises
31' Erick Mathoho (Kaizer Chiefs) scores!

31' Mbonani handled the ball but no caution yet and the referee blew for a set piece which city failed to defend and Mathoho was in the box to pounce with his right foot.
34' Chiefs break on a counter and Gaxa fails to pass the ball into the empty net after a brilliant lay off by Lebese
38' Tlolane fouled by Letsholonyane and they receive a set piece.
41' Mthembu misses inside the box, his shot flying over the posts. City's passes are good in the middle of the park but lack a killer pass in the final third.
43' We're in the last two minutes of the first half with the visitors enjoying the 1-0 lead through Mathoho. City takes a long range shot through Maluleke but could not trouble Khune
45' City receives a corner after Mathoho cleared a cross from the right. Amakhosi clear the danger despite being under pressure from the hosts.
45 + 2' Punch Masenamela (Polokwane City) is cautioned.

45 + 2' Caution for Masenamela after dangerous play on Letsholonyane.
45 + 3' The referee brings the first half to an end. Half time atPpeter Mokaba with Chiefs leading by 1-0.

46' The second half is underway
48' City chasing the game as they take a shot but it goes wide for a goal kick.
50' City receive a free kick but hits the wall.
55' City feel unfailry treated after Mathoho handled the ball in the box but not awarded
55' Rendani Ndou (Polokwane City) is cautioned.

58' Chiefs 1-0 City. Amakhosi on the back foot as City spends much time in their half and pushing for an equaliser.
60' Kaizer Chiefs: Bongani Ndulula replaces Siphelele Mthembu

63' Tlolane finished from a rebound which came off Khune's posts which left him helpless. City 1-1 Chiefs. first shot was taken by Randy Ngobe which came off the woodwork....
69' Polokwane City: Thobani Mncwango replaces Rendani Ndou

70' We have 20 minutes to go at Peter Mokaba and City looks to have been revived by their equaliser.
74' Chiefs get a free kick after Shabba was fouled, he delivered the set piece and no heads to connect as the ball flies across the goalmouth.
78' Polokwane City: Tokelo Langa replaces Tshepo Tema

79' Lebese's cross goes straight to Konopi's hands. City losing the ball easily in the middle of the park.
80' City 1-1 Chiefs. We're in the last 10 minutes and it looks like the game will finish as a draw.
81' Kaizer Chiefs: George Maluleka replaces Bernard Parker

90' Chiefs putting City under pressure but they're stable at the back to clear the threat...
90 + 4' Tokelo Langa (Polokwane City) is cautioned.

90 + 4' Chiefs receive a corner, Konopi punches it away

Welcome to the live play-by-play for the ABSA Premiership 2015/16 match between Polokwane City and Kaizer Chiefs at Peter Mokaba Stadium.

The Citizens bounce back to deny Amakhosi

Goals by Erick Mathoho and Puleng Tlolane in each half meant the Kaizer Chiefs and Polokwane City match produced no winner, ending 1-1 at Peter Mokaba Stadium on Tuesday night.

The draw placed Amakhosi at position two on the log standings with five points behind leaders Black Aces who have seven points while the Citizens occupy seventh spot with four points.

Although both sides played entertaining football, it was the visitors who first threatened when defender Tsepo Masilela unleashed a long range shot that flew wide in the sixth minute.

But, as expected, Kostadin Papic’s men displayed some good football, exchanging passes in midfield, but failed to penetrate Chiefs' defence.

Both sides struggled to find the back of the net in the opening exchanges until in the 31st minute, Mathoho jumped onto an error by City. Defender Sibusiso Mbonani handled the ball and was penalised for a free kick which they failed to defend. Mathoho reacted quickest to score with his right foot.

In the 56th minute, Reneilwe Letsholonyane took a shot that did not trouble Konopi in goal before Randy Ngobe released a thunderbolt to beat Khune and hit the crossbar in the 62nd minute, but Puleng Tlolane was on hand to volley home the rebound and make it 1-1.

Chiefs nearly got a winner when Langa cleared Tshabalala’s corner right off the by-line.

Polokwane City and Kaizer Chiefs will battle for three Absa Premiership points when they meet at Peter Mokaba Stadium on 25 August 2015, kick-off at 19h30.

Polokwane suffered their first loss of the new season when they were beaten 3-0 at University of Pretoria on August 22.

The Limpopo side’s previous home match was a 3-2 win over Bloemfontein Celtic in the opening round.

Rise and Shine are placed 10th on the Absa Premiership log with three points from two matches.

Chiefs recorded their first win of the new league season when they crushed Free State Stars 4-0 on August 22.

The Soweto giants’ previous away match was a goalless draw at Chippa United in the opening round.

The Amakhosi are placed first on the Absa Premiership log with four points from two matches.

In head-to-head stats, Polokwane and Chiefs have met in four league matches since 2013/14.

The Amakhosi boast an unbeaten record in the sequence, with three wins to their name and one draw.

Polokwane’s two previous home league matches against Chiefs were a 2-0 defeat and a goalless draw.

Last season the Amakhosi took four points off Rise and Shine, drawing 0-0 in the Limpopo province before winning the return game 4-1 in Soweto.

The Glamour Boys clinched the 2014/15 Absa Premiership title in their last match against Polokwane.